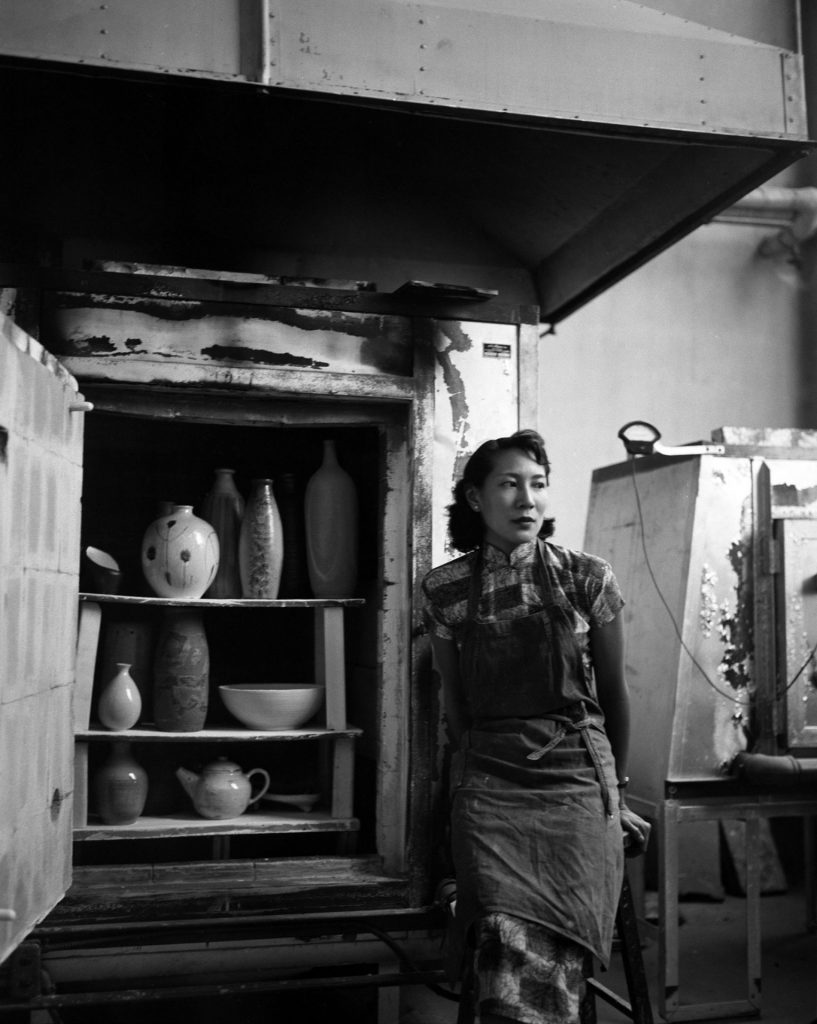 Katherine Po-yu Choy (1927–58) was born into an affluent merchant family in Hong Kong. In 1946 Katherine Choy left her childhood home in Shanghai to study in the United States, earning degrees from Mills College in Oakland, California, where she was introduced to ceramics at the school known to foster an experimental environment in clay.

In 1952 Katherine Choy, by then a 24-year-old rising star of American craft, became director of ceramics at Newcomb College. Katherine Choy is remembered among national craft audiences for her 1957 founding of the Clay Art Center in Port Chester, New York, which still operates in her honor fostering a community around the practice of ceramic arts.

Choy’s early pots show inspiration from Asian clay traditions, as was popular among American potters in the 1950s. She mastered classic forms, applied calligraphy-like brushwork, and developed lush glazes sometimes with the help of her family, who sent ingredients from China. However, Katherine Choy increasingly expanded from those clay traditions. The jagged, painterly vessels that Choy made the last two years of her life were as artistically advanced as any made elsewhere in the 1950s United States. A considered departure from the refinement of her training, her pots sprouted additional necks, could be aggressively large or asymmetrical, and had glazes that intentionally left parts of the raw clay exposed for all to see. Her Modern pottery conveyed—in a new idea from the world of painting—that ceramics, too, could be a canvas for emotional expression.

The accompanying exhibition catalogue looks comprehensively at Katherine Choy’s biography, her network of teachers, students, and colleagues, her award-winning ceramics, and her merging of artistic expression with handcraft in the mid-1950s. The catalogue leans heavily on period sources to substantiate the first monograph of the short but fervent life of a promising cross-disciplinarian artist gone too soon, but having already asserted her singular voice in changing what expressive ceramics would contribute to the art world.

Katherine Choy: Radical Potter in 1950s New Orleans was curated by RosaMary Curator of Decorative Arts Mel Buchanan with Winston Ho and is supported by the Elise M. Besthoff Charitable Foundation, George Dunbar, and Charles L. Whited, Jr. Special thanks to the artist’s family, Reena Kashyap and the Clay Art Center, and the Newcomb Art Museum. 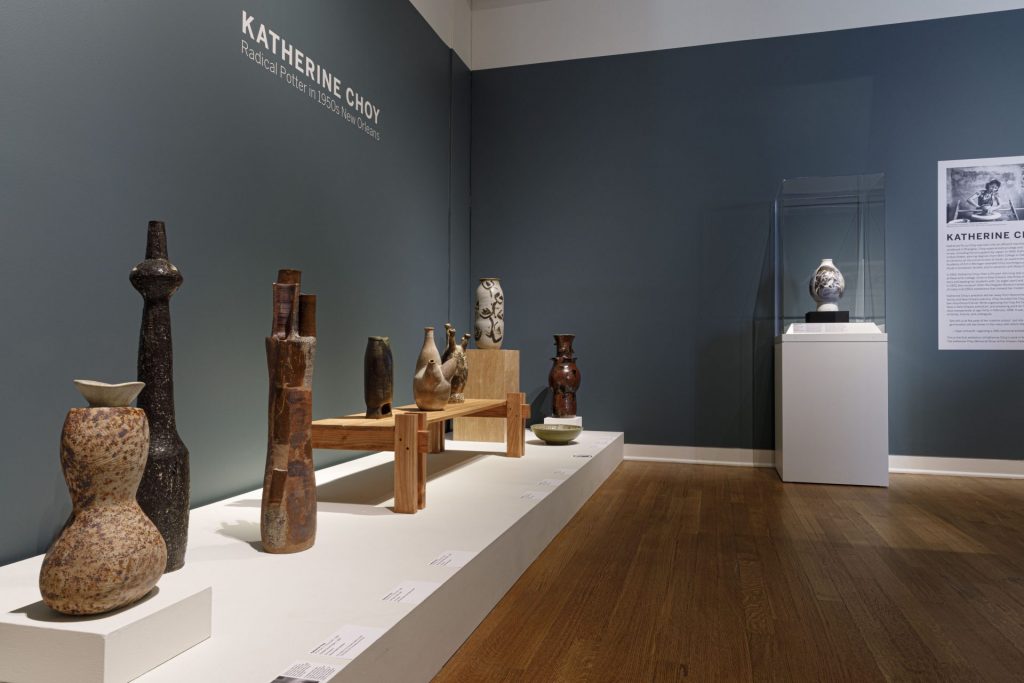 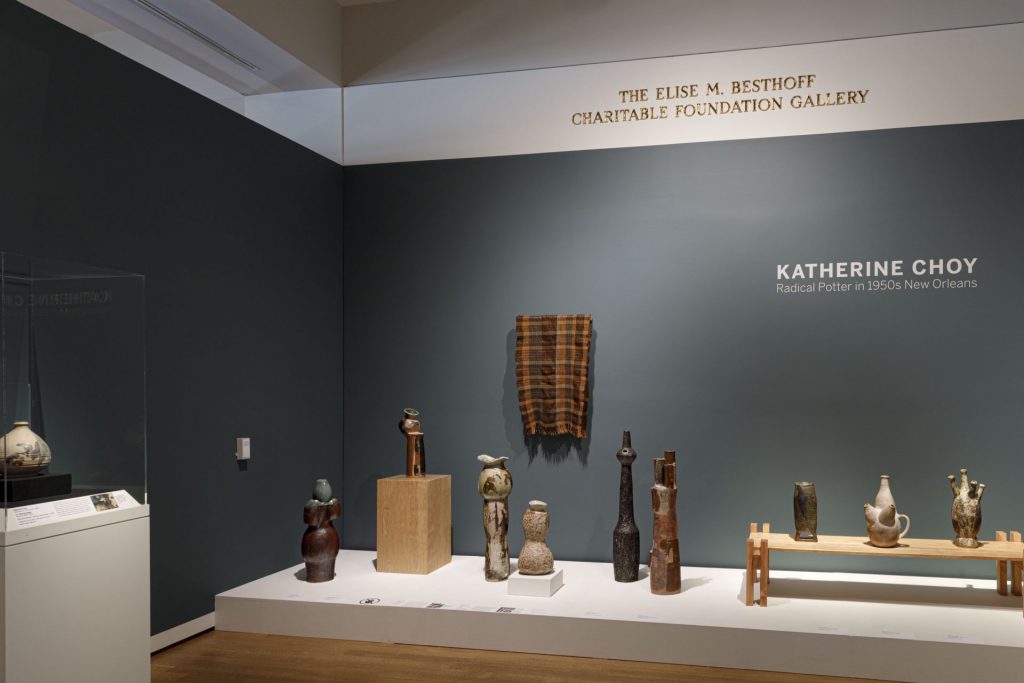 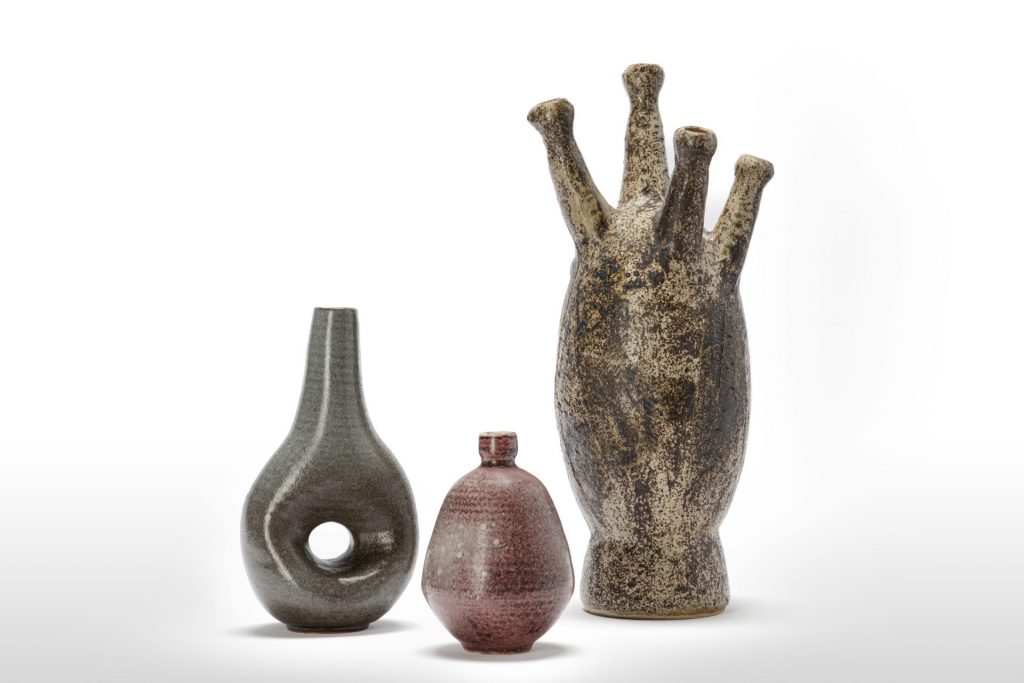 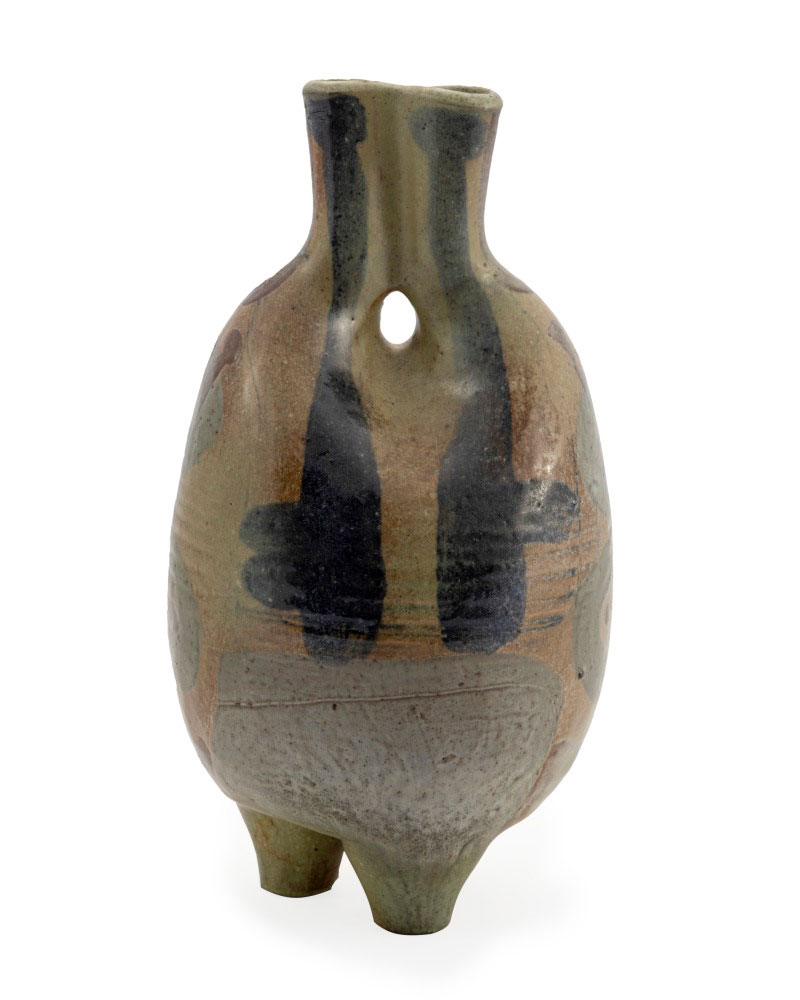 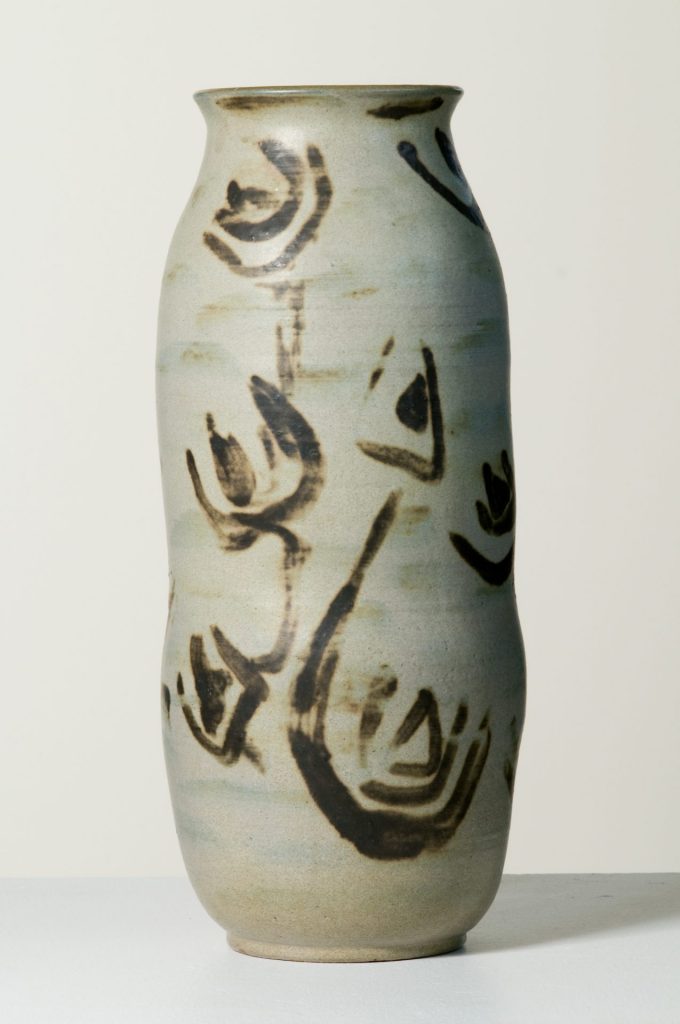 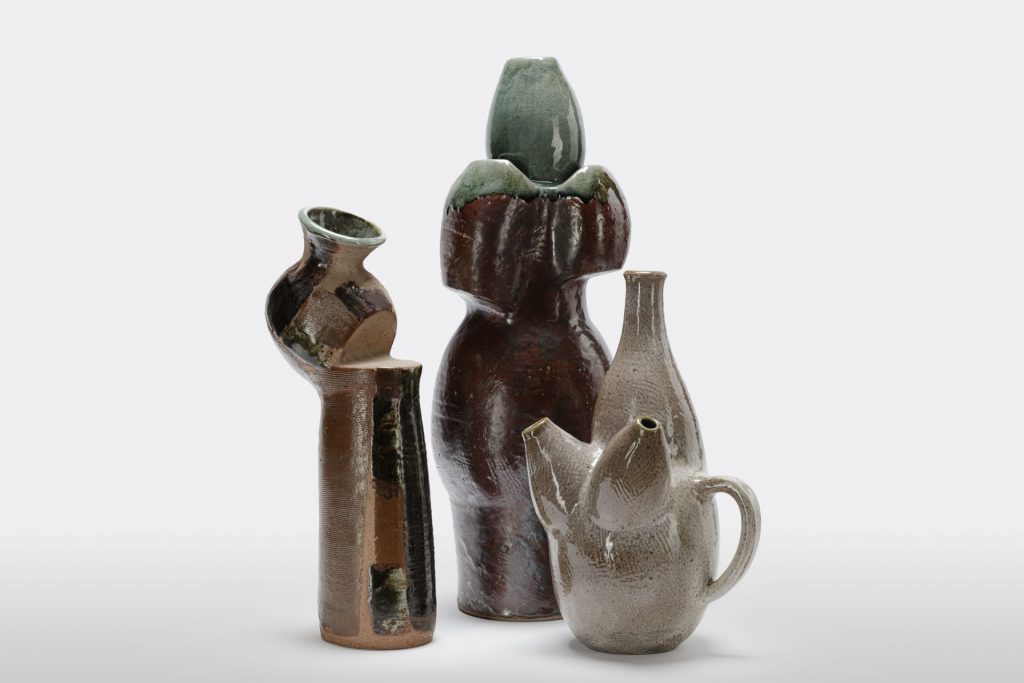 Group of Two Vases and a Pitcher

NOMA’s exhibition Katherine Choy: Radical Potter in 1950s New Orleans primarily examines distinctive pots made by Katherine Choy, a national leader in evolving ceramics from utilitarian objects into the purview of expressive fine art. While Choy’s radical work in pottery and her founding of the Clay Art Center in New York will be the lasting legacy of her short career, the artist also made award-winning enamels and had an active career in textile design.  Read More 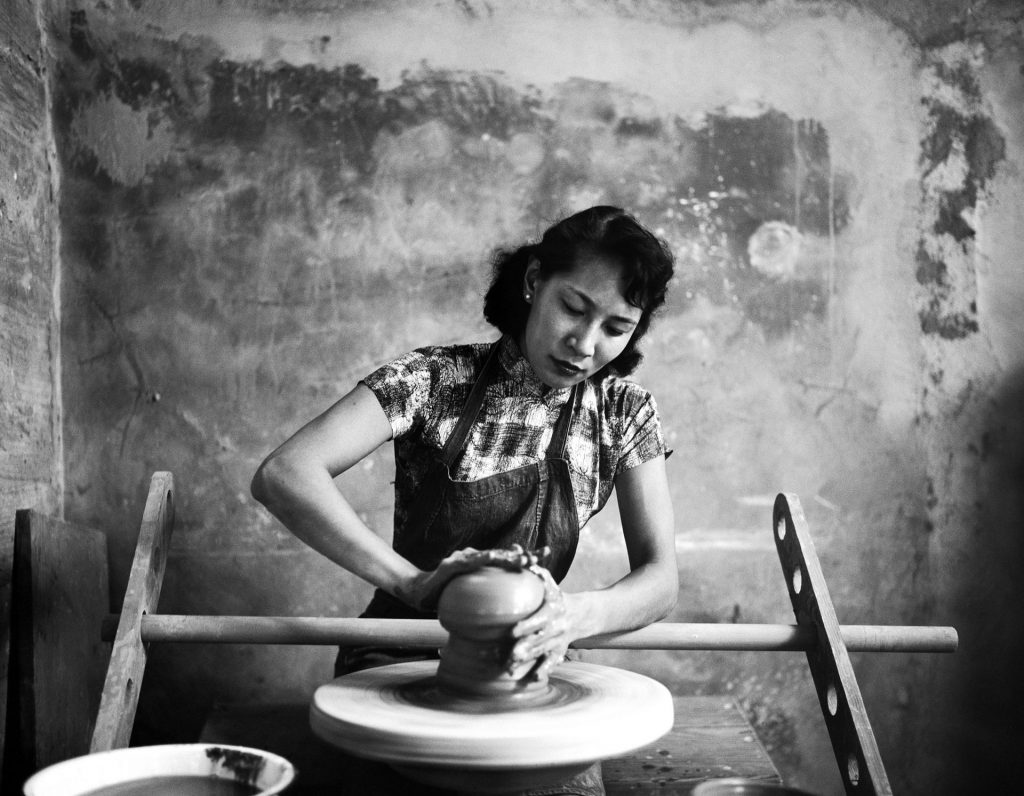 The New Orleans Museum of Art (NOMA) presents Katherine Choy: Radical Potter in 1950s New Orleans, on view now through April 23, 2023. An innovative artist in a number of mediums, Katherine Choy (American, b. China 1927–1958) developed radical ceramic work that was distinctively her own. In her short mid-1950s career in New Orleans, Choy was a national leader in evolving ceramics from utilitarian objects into the purview of expressive fine art. Read More 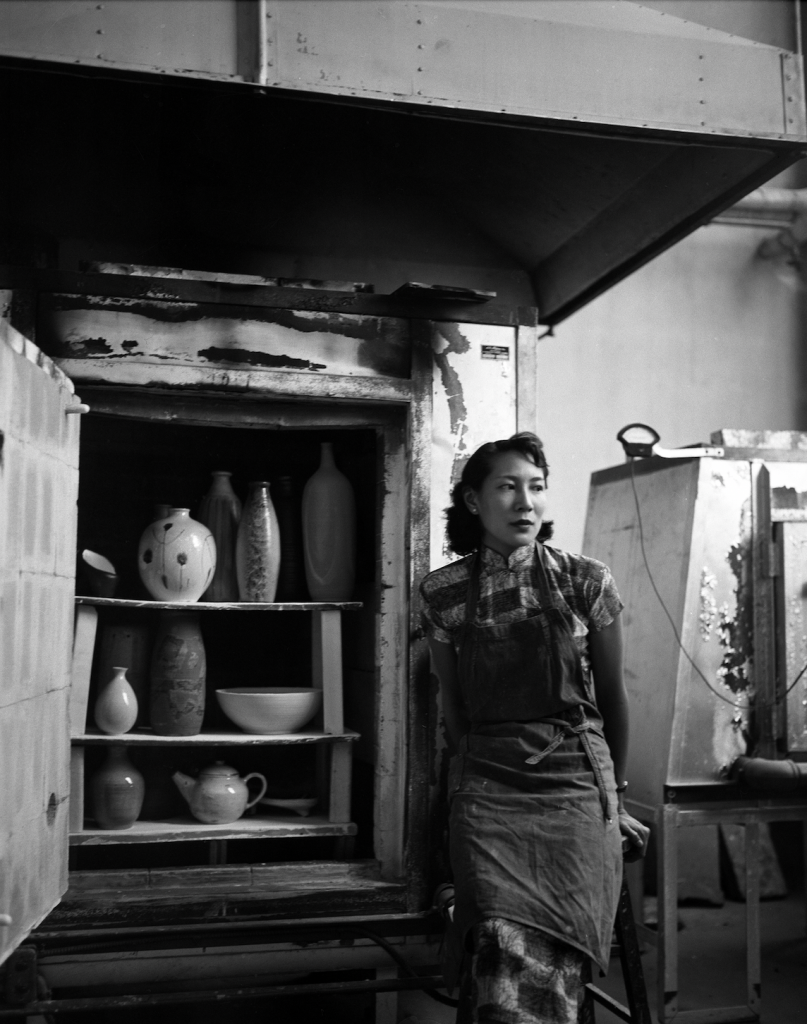 In the early 1950s in New Orleans, Katherine Choy was one of the very first American ceramicists to bridge Asian clay traditions into emergent abstract Modern art. During her fervent short career, Choy quietly subverted ceramic traditions, drew wide acclaim through national art exhibitions, and then died too young at age 30. Read More

NOMA’s Art Thrives program aims to create opportunities exclusively for adults ages 55 and up to learn new creative skills while building community and having fun in the process. Over four weeks, participants worked with teaching artists and museum staff to learn hand-building techniques while exploring the progression of ceramics over the past 200 years. Read More