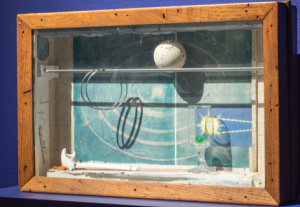 Joseph Cornell loved to visit New York and collect items he found on the streets and in secondhand stores and bookstores.  He built quite a collection and created his own system for filing the objects away in the basement of the house he shared with his mother and brother.  Cornell was influenced by artists associated with surrealism. He especially liked the way that artists like René Magritte and Max Ernst combined images in unique ways to present a strange idea.

Cornell explored themes by combining the objects and images he had saved and making shadow boxes and collages.  Cornell’s shadow boxes are like visual poems. Some of the themes that Cornell liked include birds, the ballet, and movie stars of his day.  What are some themes that are interesting to you? How can you express this visually? 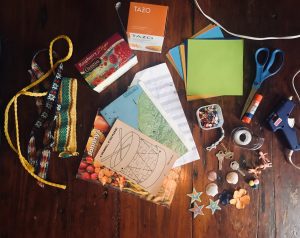 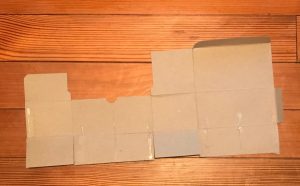 HOW TO BUILD A SHADOW BOX 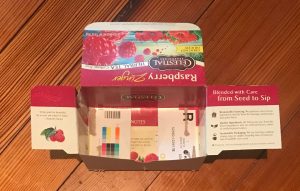 2. For a smaller box, leave one side open by cutting off the flaps, for a larger box, cut an opening in one panel of the box leaving a 1 to 2 inch border.

3. Turn the box inside out, fold the cardboard back into a box, and re-glue the side seam and one end of the box. 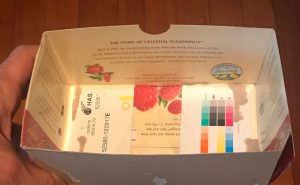 HINT:  To save time, you can skip turning the box inside out and use it as is!

Once you have prepared your box, you will want to cover it with found images and objects. Plan your theme and select objects and images that tell a story!

WRITE ABOUT YOUR BOX! 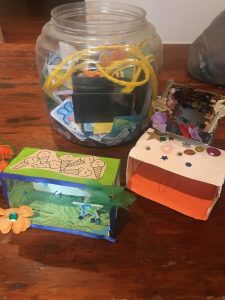 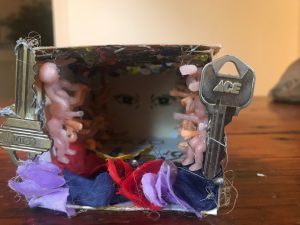 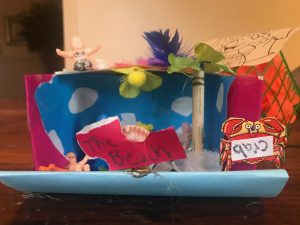