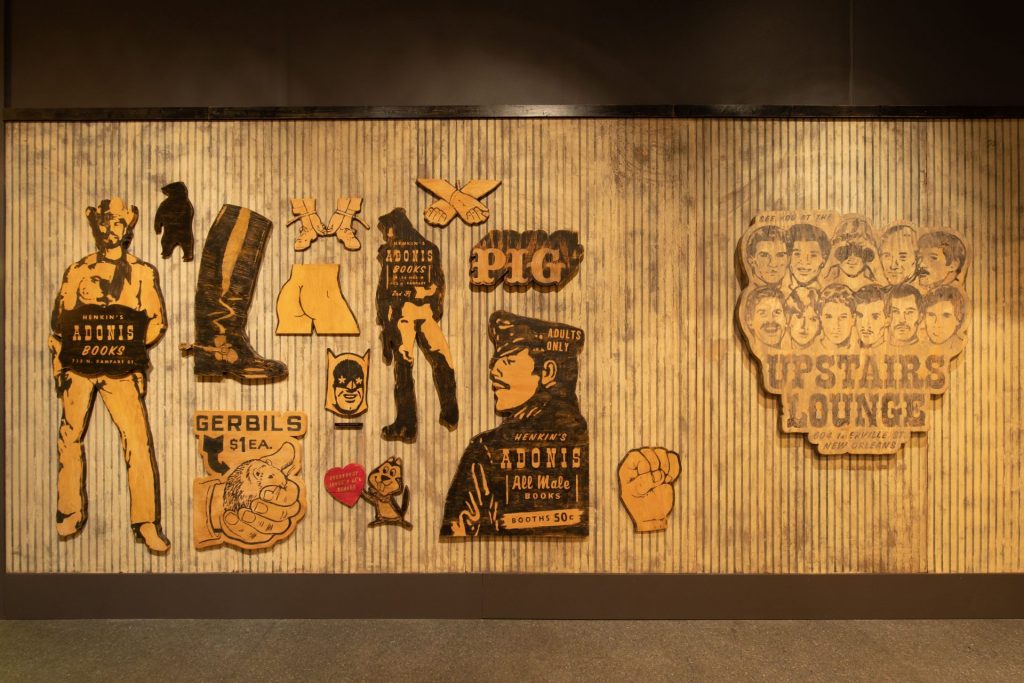 Skylar Fein’s immersive installation Remember the UpStairs Lounge commemorates the 1973 arson at a popular gay bar in the French Quarter. Fein, whose work has long explored New Orleans’ many diverse subcultures and informal communities, recreated the space of the UpStairs Lounge to offer a haunting memorial to the event and those impacted by the tragedy.

With the installation, Fein mines the history of the UpStairs Lounge fire—one of the deadliest in New Orleans’s history—to reflect on the complex and contradictory meanings of the event. The fire was the largest massacre of gay men in the United States prior to the 2016 shooting at the Pulse nightclub in Orlando, Florida.

Comprising both real and fictional memorabilia of the era, as well as crime scene photos and charred objects, Fein’s installation examines notions of history, memory, truth and the slippages between them. Invented and recreated aspects of history, including posters, memorabilia, and street signs, reference other local places of gathering and refuge for the New Orleans’s queer communities over time.

At the time, many believed the fire was a hate crime triggered by homophobia. Remember the UpStairs Lounge challenges this history by acknowledging the suspected offender was a gay man—a disgruntled customer who was kicked out of the bar earlier that evening. Due to lack of evidence, no one was ever convicted of the arson, which claimed 32 lives and caused countless injuries.

Remember the UpStairs Lounge was first exhibited at the Contemporary Arts Center, New Orleans, in 2008 during Prospect.1, and NOMA acquired the installation in 2013. It was last on view in the 2018 exhibition Changing Course: Reflections on New Orleans Histories.