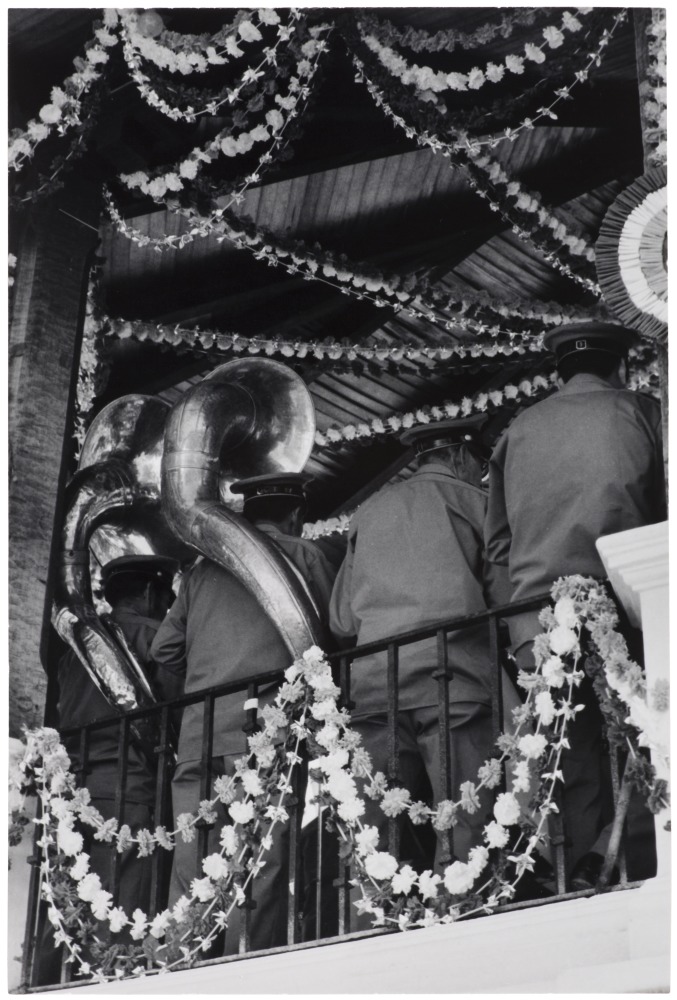 Lola Alvarez Bravo (Mexican, 1903-1993) stands outs as one of the most important photographers of the twentieth century, whose work remains regrettably underappreciated around the world. Alvarez Bravo began as a studio-based photographer, but in 1926 she bought a handheld Graflex camera from her friend Tina Modotti. The new equipment enabled Alvarez Bravo to photograph more freely in the street, and empowered her to pursue her primary interests in the working and cultural lives of people in Mexico City. By mid-century Mexico was undergoing tremendous change as the country industrialized, and Alvarez Bravo proved especially adept at capturing the endurance of folk traditions in everyday, urban settings.

She also excelled at composition and her use of light and shadow, creating crisp and clear pictures that in which she often overlays a number of competing lines to create a feeling of energy and confusion. Alvarez Bravo’s perspective in this photograph of a quartet of brass musicians is inspired, and in keeping with her focus on everyday people. Rather than photograph from the heights of the stage, or even the unobstructed front row, she chose a viewpoint that is decidedly “backstage,” or where the nitty-gritty of pulling a concert together really occurs. She also elevates the musicians, the cultural workers, doing the very labor of bringing people together for a shared connection.