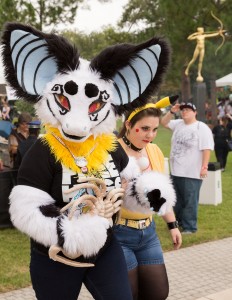 Japan Fest 2016, set for Oct. 8 at NOMA, should be paradise for people watchers. It’s the place to see Gothic Lolitas interact with bonsai-loving elders in kimonos; to watch anime figures cheer as the Kaminari Taiko Drummers unleash percussive fanfares.

Street clothes are perfectly acceptable at the largest celebration of Japanese culture in the Gulf South, but costumed guests dominate the crowd, wandering the galleries and grounds of the New Orleans Museum of Art. In recent years, about half of Japan Fest visitors have dressed as iconic anime figures or donned traditional garb.

NOMA staff photographer Roman Alokhin captured the style and spirit of last year’s Japan Fest, and his pictures appear below: click to enlarge them.