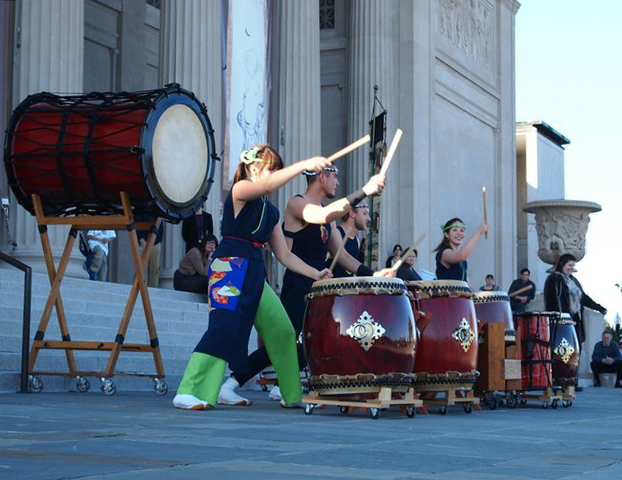 Japan Fest at NOMA always begins with drum thunder. The Kaminari Taiko Drummers will provide a percussive fanfare for the 2016 festival, which takes over the museum’s galleries, auditorium and front steps, Oct. 8, 10 a.m. to 4 p.m.

Now in its 22nd year, the annual gathering is the largest celebration of Japanese culture in the Gulf South. It’s a day to enjoy traditional dance groups, martial arts demonstrations, tours of our Japanese art collection, a fashion show, and much more, including Japanese food. Many visitors come to the festival in Japanese dress, wearing everything from traditional kimonos to Pokemon costumes.

Click here to see some of the guests who showed up as Goth Lolitas and anime figures at this past year’s Japan Fest.

Share your costume plans by tagging NOMA on social media (#JapanFest2016 ) or by commenting on our Facebook page. We will be watching!

Organized by NOMA, the Consulate General of Japan in Nashville and the Japan Club in New Orleans, the 2016 festival brings together more than 30 community groups and presenters. Among the participants are organizations dedicated to every aspect of Japanese culture: haiku, martial arts, bonsai, Zen meditation, the strategic board game of go, and much more.

Admission is free for NOMA members, $5 for the general public.

For the safety and comfort of all guests, as well as the artwork at NOMA:

Other restrictions may apply at NOMA’s discretion. A check in room will be available for any items not in compliance. For questions regarding costumes please contact Monique Tourres at 504.658.4143.

Thank you to all of our participants: