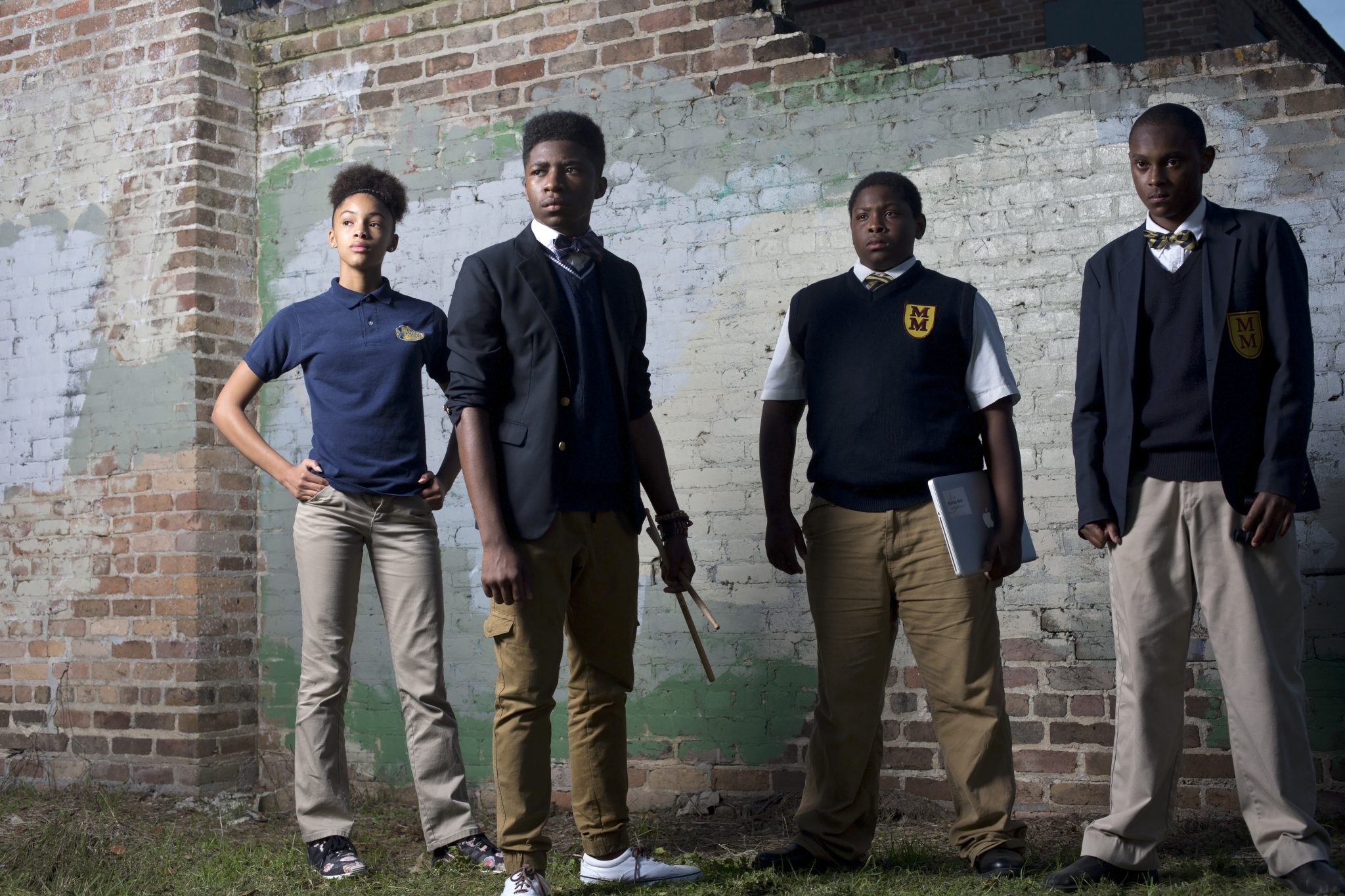 As a lover of all genres and eras of music, New Orleans’ own DJ Jess sets an eclectic and energetic mood.

L. Kasimu Harris is a storyteller who uses writing, photography and video to push the narrative. Images from his War on the Benighted series are a part of the group exhibition, Changing Course: Reflection of New Orleans Histories.  War on the Benighted  is a narrative constructed reality series about New Orleans public school students who became frustrated with the inequalities in education; they rose up and began a quest to educate themselves. Their grievances include the school-to-prison pipeline, emphasis on standardized testing, and a diminishing arts curriculum.

Harris is a New Orleans native who has participated in twenty group exhibitions across the US, two abroad, and three solo photography exhibitions. In 2015, his work was exhibited in both The Rising and Louisiana Contemporary at the Ogden Museum of Southern Art and garnered coverage in The New York Times and NPR. He also a featured artist in Dandy Lion (Re) Articulating Black Masculinity, curated by Shantrelle P. Lewis, a  traveling exhibition with the Museum of Contemporary Photography in Chicago that has traveled to San Francisco, Miami, and London.

ABOUT MR. CAO GOES TO WASHINGTON

Mr. Cao Goes to Washington follows the journey of Rep. Joseph Cao, the first Vietnamese American elected to the US Congress, the only non-white House Republican of the 111th Congress, and the only Republican to vote for President Obama’s Health Care Reform Bill. A former seminarian and an idealistic attorney from the small but well-respected Vietnamese-American neighborhood in New Orleans, Anh “Joseph” Cao enters the political arena in  hoping to affect greater good. Having never won an election, in 2009 Cao scores a stunning upset by unseating Rep. Bill Jefferson, a nine-term incumbent mired in a bribery scandal, to capture a Congressional seat in just his second run for public office. (2012 | Not rated | 1 hour, 12 minutes)