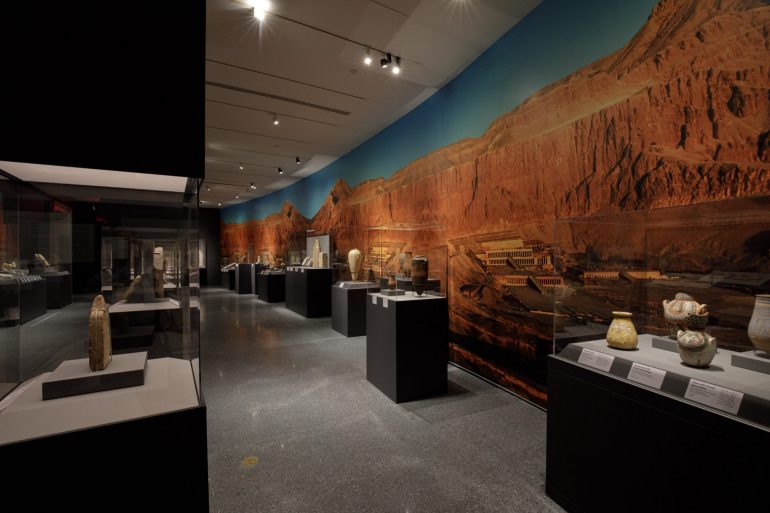 Have you ever wondered how ancient Egyptian objects made of wood, fabric, and papyrus have lasted over 3,000 years? In this short video, Objects Conservator Ingrid Seyb explains how climate can affect the preservation of organic materials. Read More 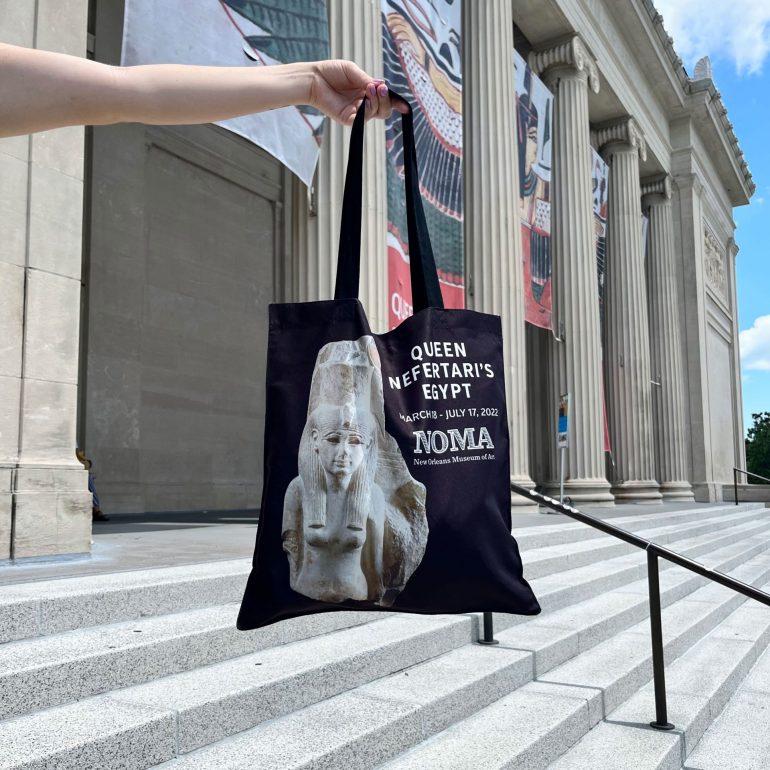 Through June 30, 2022, all in-person purchases at the NOMA Museum Shop of $100 or greater receive a complimentary Queen Nefertari’s Egypt tote bag. Read More 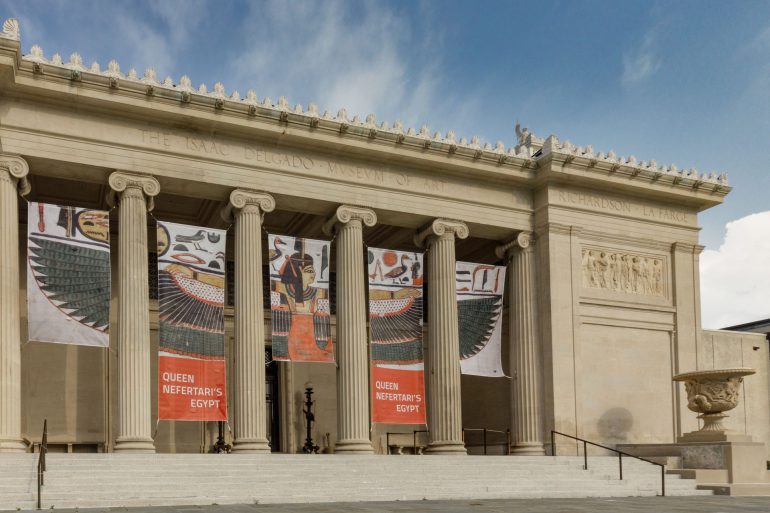 Until the development of Egyptian blue—the first known synthetic pigment—ancient artisans would have used lapis lazuli from modern-day Afghanistan to produce blue pigment. Objects Conservator Ingrid Seyb gives a quick history of Egyptian blue and looks at a piece of this historic pigment that is on view in Queen Nefertari’s Egypt. Read More 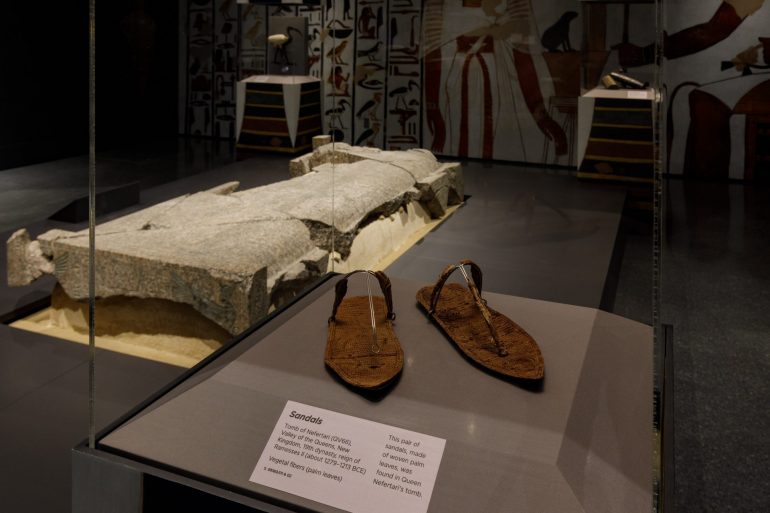 Video: Sandals from the Tomb of Queen Nefertari

In ancient Egypt, tombs were filled with everything one would need in the afterlife, from food to footwear. In this short video, Deputy Director for Curatorial Affairs Lisa Rotondo-McCord takes a close look at a pair of 3,000-year-old sandals found in the tomb of Queen Nefertari. Read More 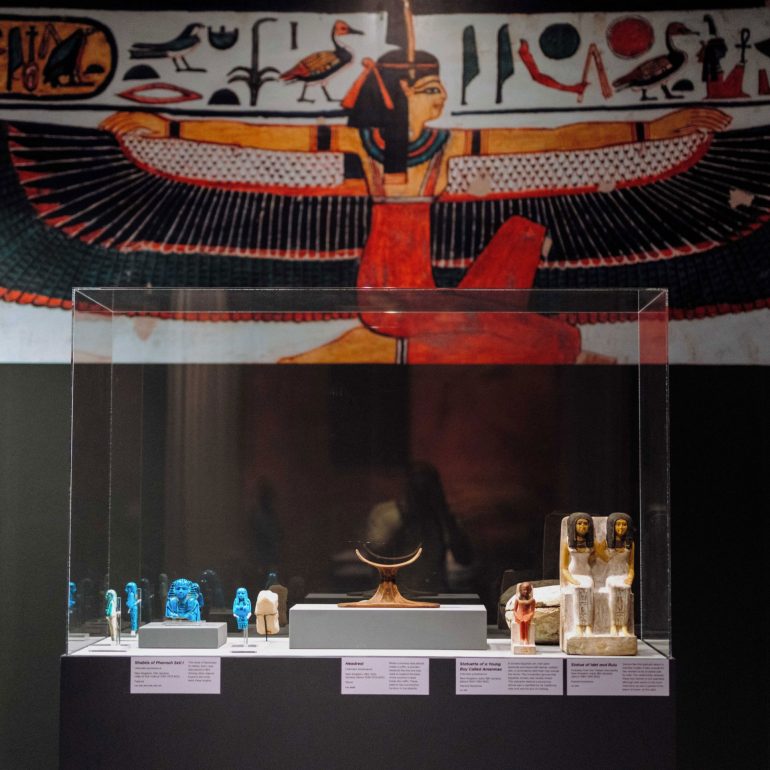 In ancient Egypt, food containers filled with offerings would be buried in tombs to provide nourishment for the deceased in the afterlife. In this short video, Objects Curator Ingrid Seyb talks about the distinct smell that came from one storage box on view in Queen Nefertari’s Egypt. Read More