In addition to the formative role he played in developing NOMA’s African art collection, Bill Fagaly was an important voice in contemporary art in New Orleans throughout his 50 year career.

At the time the NOMA Triennial ended in 2005, it was the longest continually running series of contemporary art exhibitions in the United States, and had been under Fagaly’s direction for nearly 40 years.  Fagaly explained, “After my arrival at the Delgado in 1966, one of the first responsibilities Jim Byrnes turned over to me was the Artists Annual, begun in 1886 by the Arts Association of New Orleans. It has undergone a number of formats over the years. Beginning in 1967, it became a biennial… The format was changed once again in 1980 [under then NOMA Director, E. John Bullard]  to become a triennial.” [1] 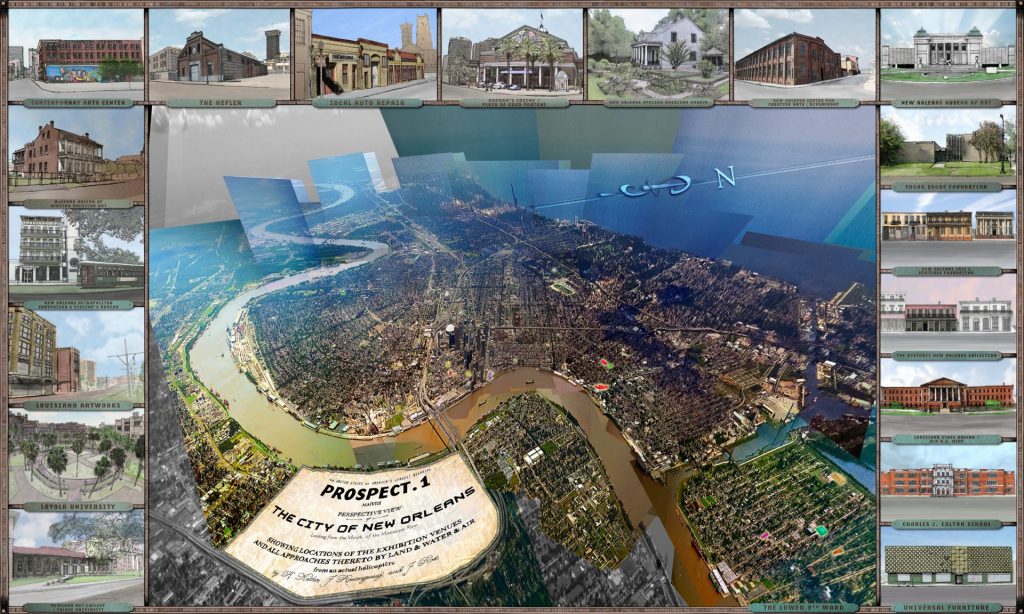 Before the first NOMA contemporary curator was hired in 2008, Bill conceived some of the most inventive and provocative contemporary art exhibitions in the museum’s history. He also helped foster a new generation of contemporary art galleries, curators, collectors, and supporters.

As a longtime board member and supporter of Prospect New Orleans, Bill continued, to the present, playing a pivotal role in creating a vital culture for contemporary art in New Orleans.

…in early 1970, the Delgado had a most unusual offer from a most unusual source. The federal government’s National Aeronautics and Space Administration’s Michoud facility in New Orleans, where the large fuel tank for the Apollo manned space flights had been constructed, had been loaned a moon rock brought back by the Apollo 11 astronauts from their historic first landing there less than a year before. The loan of the “lunar sample” from Nasa to the Delgado would be one of the very first public displays of a piece of the earth’s moon anywhere in the world. [2]

On view for only three days, the moon rock attracted thousands of visitors lining up to see it.

A few years later, Fagaly organized Five from Louisiana, an exhibition that featured new works by artists Robert Rauschenberg, Lynda Benglis, Tina Girouard, Richard Landry, and Keith Sonnier. “During my first years in Louisiana, I made frequent trips south and west of New Orleans to explore the swamps, bayous, and prairies of Cajun country and meet the people and experience their food and unique music,” said Fagaly. “Along the way, I met a couple, artists Tina Girouard and Dickie Landry, who were living both in New York City and Cecilia, Louisiana.” Through Girouard and Landry, Fagaly  met  Keith Sonnier from Mamou, LA. “…it occurred to me that Louisiana was well represented in the New York art world but not in Louisiana and thus merited some special attention,” said Fagaly. [3] He also selected  Robert Rauchenberg, born in Texas but raised in Lafayette, and Lynda Benglis, who was  from Lake Charles, to complete the group. 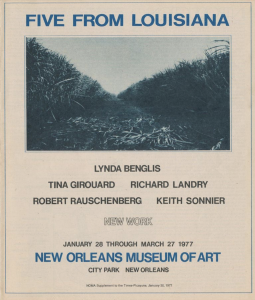 Cover of Five from Louisiana catalogue, 1977, Archives of the New Orleans Museum of Art

Tools of Her Ministry

Bill played a pivotal role championing artists working outside mainstream art contexts. In 1973, Fagaly was invited to be the guest curator of Louisiana Folk Paintings at the American Folk Art Museum in New York that featured the works of Sister Gertrude Morgan, Clementine Hunter, and Bruce Brice. The exhibition sparked a rise in interest in these artists, particularly in Sister Gertrude Morgan, whose work was later featured in several significant exhibitions at institutions across the country.  In 1988, Fagaly organized a small exhibition at NOMA of Morgan’s work, borrowing paintings from local collectors. 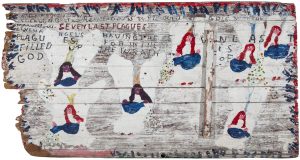 Years later, Fagaly returned as guest curator for Tools of Her Ministry: The Art of Sister Gertrude Morgan at the American Folk Art Museum, which was on view from February through September of 2004. The first comprehensive retrospective of Morgan’s paintings, it was the culmination of three decades of Fagaly’s research into Sister Gertrude Morgan’s life and art.

I am privileged to have known Sister Gertrude Morgan for the last twelve years of her life. She was my first exposure to the field of folk art and the spark of my lifelong interest in the work of contemporary American self-taught artists. She had a strong effect on people—like most who were acquainted with her, I was awed by her powerful presence and intimidated by her dogged determination to spread the gospel… I always considered it an honor to be in her company, and knowing her has enriched my life and my own beliefs. [4] 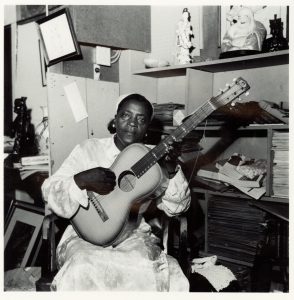 In 2017, Bill wrote about his experiences working in contemporary art in New Orleans in an essay in NOMA’s catalogue Pride of Place: The Making of Contemporary Art in New Orleans, which celebrated New Orleans gallerist and collector Arthur Roger’s transformational gift of his entire personal art collection to NOMA. 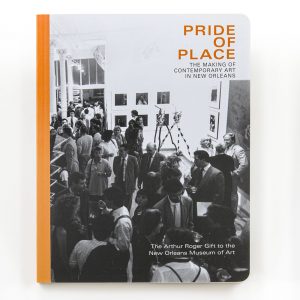