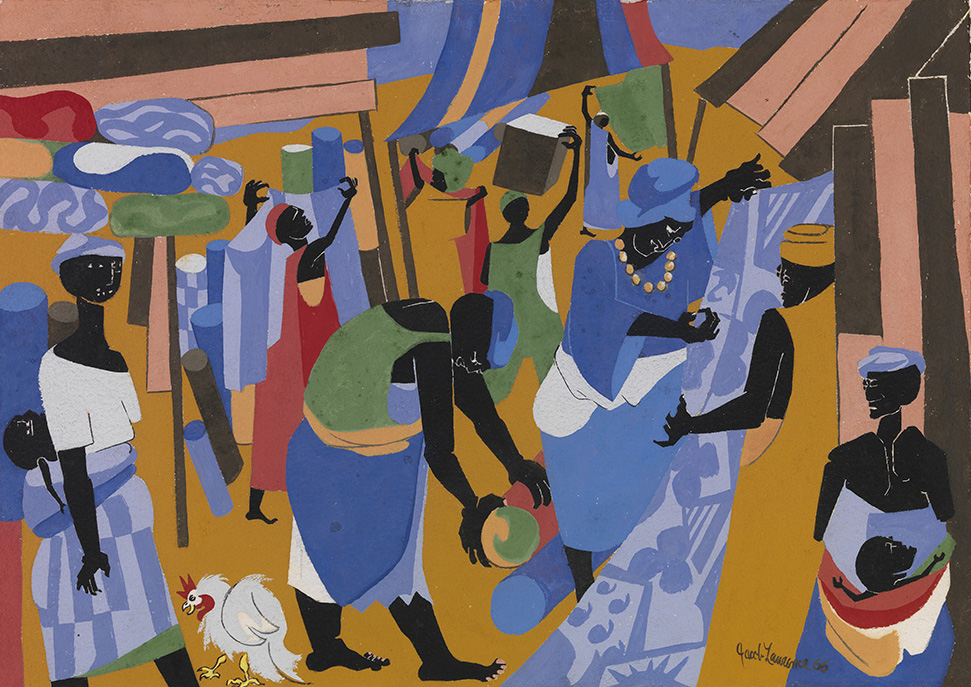 Black Orpheus: Jacob Lawrence and the Mbari Club explores the connection between African American artist Jacob Lawrence and his contemporaries based in the Global South through the Nigerian publication Black Orpheus. The exhibition features over 125 objects, including Lawrence’s little-known 1964–65 Nigeria series, works by the artists featured in Black Orpheus, archival images, videos, and letters.

Exhibition co-curators Kimberli Gant, Curator of Modern and Contemporary Art at the Brooklyn Museum, and Ndubuisi Ezeluomba, NOMA’s Françoise Billion Richardson Curator of African Art, address how the featured artists grappled with representing their respective national and cultural identities while depicting visually striking works during the beginning of postcolonialism throughout the African continent and other parts of the world. The resulting objects were meant to both resonate with local communities and connect with broader Eurocentric notions of modernity.

Black Orpheus: Jacob Lawrence and the Mbari Club is co-organized by the Chrysler Museum of Art in Norfolk, Virginia, and the New Orleans Museum of Art. The presentation in New Orleans has been made possible in part by a major grant from the National Endowment for the Humanities: Democracy demands wisdom.