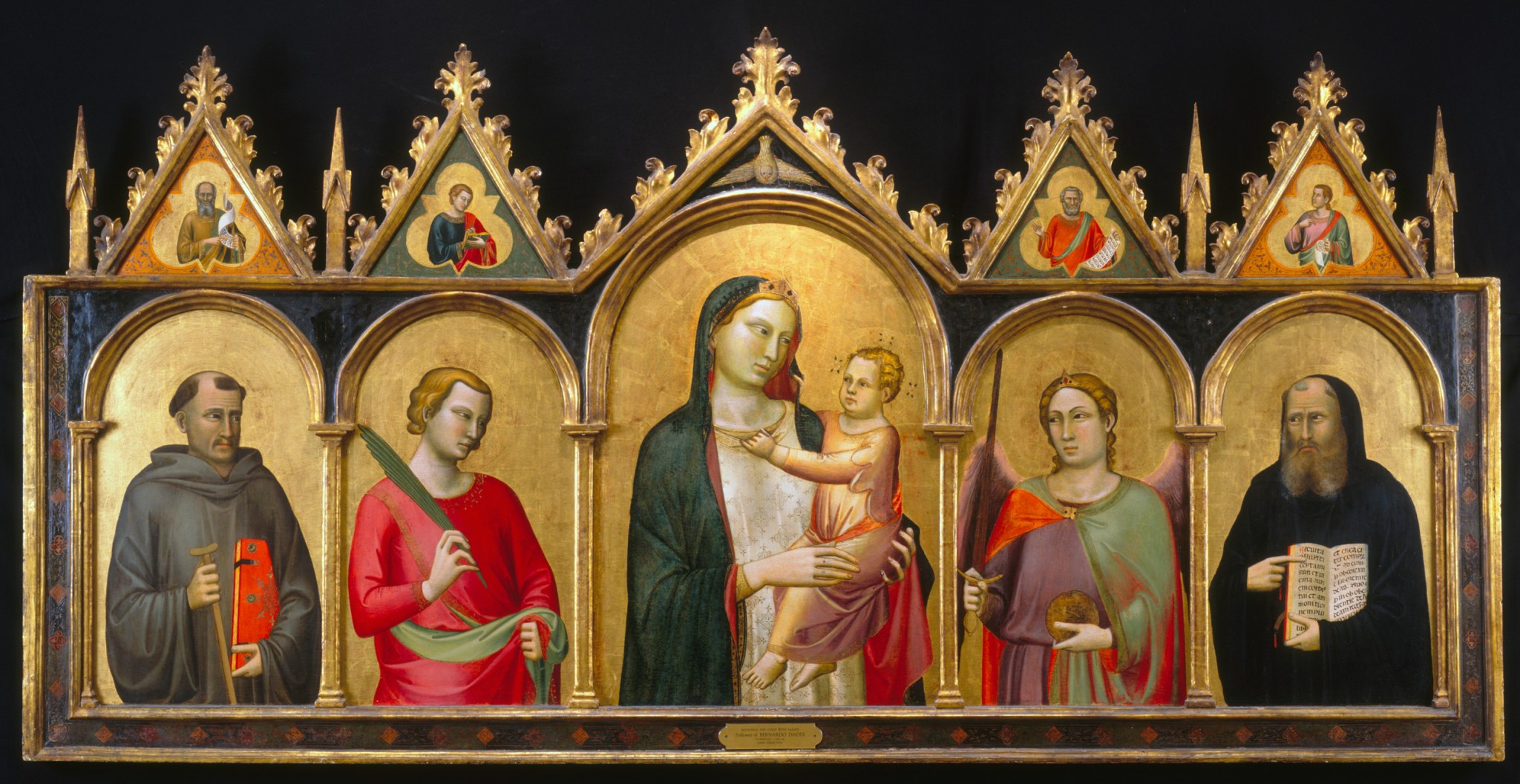 Gallery talks are casual conversations between artists, curators, and other special guests with NOMA visitors frequently scheduled throughout the year.

NOMA welcomes Serbian-Australian artist Michael Galovic to discuss Madonna and Child with Saints, Prophets, a fourteenth-century work by a follower of Bernardo Daddi.

Born in Belgrade, Yugoslavia, Galovic is a graduate of the Belgrade Academy of Applied Arts in 1974. He started painting icons in early 1970 under the influence and guidance of his stepfather, himself a painter, conservator, and restorer of old icons and frescos in Serbia. Australia became Galovic’s new home in early 1990 where he works full-time as an iconographer and artist specializing in religious art. His iconographic paintings. In 2008, he was commissioned to create an icon of St. Benedict for Pope Benedict XVI.