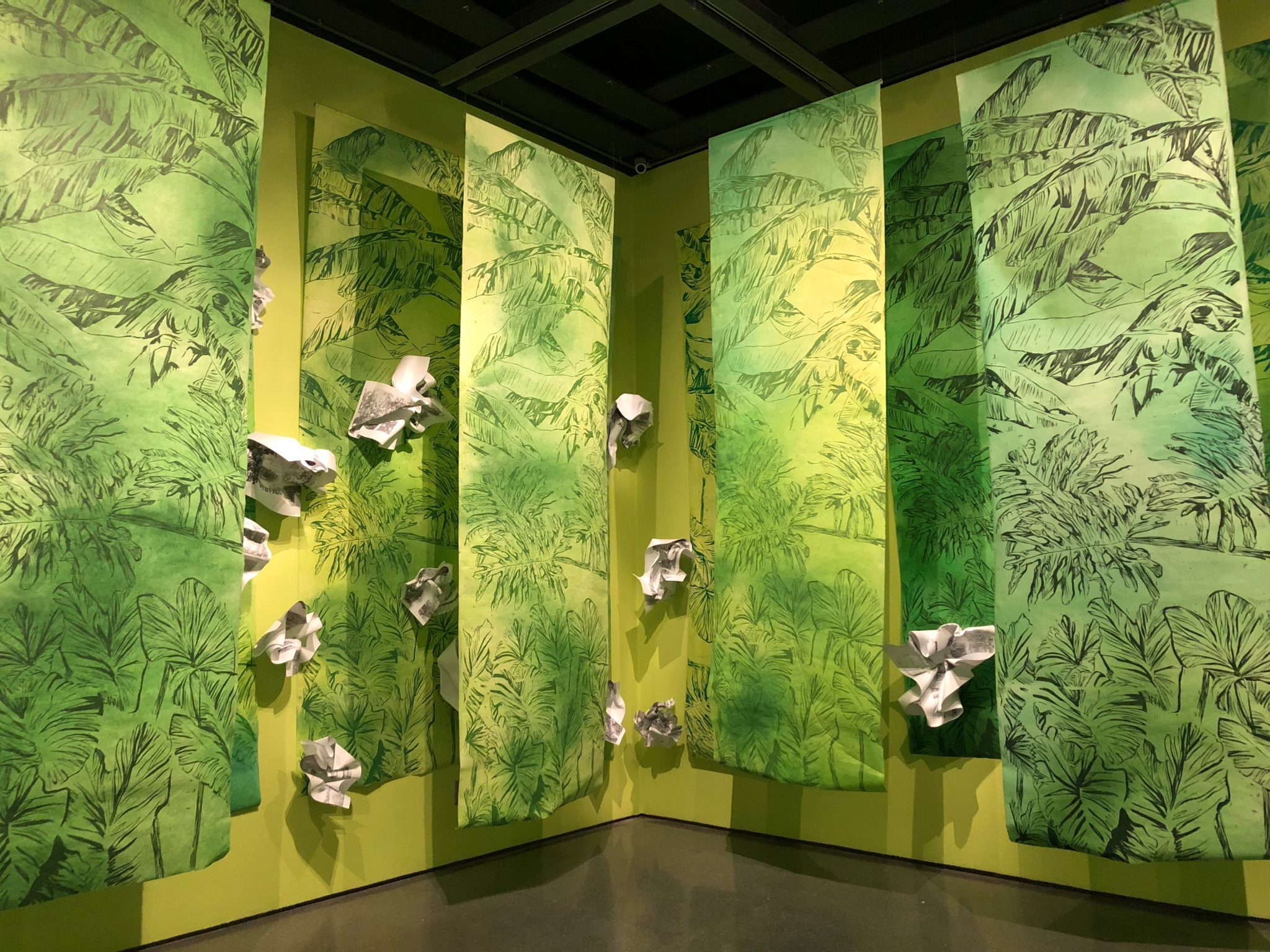 Kathryn Rose Wood is a New Orleans-based songwriter, guitarist, vocalist, and clinical music therapist by way of Oahu’s shores and Pennsylvania’s hills. With personal, yet universal, lyricism and rich musical landscapes reflective of soul, folk, Americana, and R&B, it is evident that Kathryn’s songwriting is mired in creative sincerity.

Formerly of New Orleans bands Social Set and Gravy Flavored Kisses, Kathryn has been deemed one of “New Orleans most prominent young singer/songwriters” (The Vinyl District), and American Songwriter Magazine‘s pick as a songwriting “Daily Discovery.”

Changing Course: Reflections on New Orleans Histories marks the first major museum exhibition for New Orleans based artist Katrina Andry, a printmaker whose large-scale woodblock prints offer incisive commentary on contemporary social issues surrounding race, class and social justice. For this exhibition, NOMA has commissioned Andry to create a a site-specific installation that addresses the uneven urban development in New Orleans after Hurricane Katrina. Her project will connect the city’s rapid and sometimes controversial recent evolution to more historical examples of redevelopment, combining imagery and text drawn from documentary materials such as maps and development plans with her own imagery and designs. Focusing particularly on the impact of construction and infrastructural development projects such as the creation and expansion of the Interstate 10 elevated expressway, which leveled a prominent middle-class African American neighborhood in the city, her installation, Diverge Divest Deny (repeat), sheds light on the lingering ramifications of such projects on African American communities across New Orleans.

ABOUT BY INVITATION ONLY

New Orleans filmmaker Rebecca Snedeker explores the insular world of elite white Carnival societies and debutante balls in By Invitation Only. Questioning their racial exclusivity, she takes an unprecedented insider’s look at the pageantry and asks: what does it mean to be the queen of the masked men in a krewe? As she examines her own place in an alluring tradition, Snedeker challenges viewers to reflect on the roles we all play in our lives. Snedeker will be present for a Q&A session following the film. (2006 | Not rated | 56 minutes)