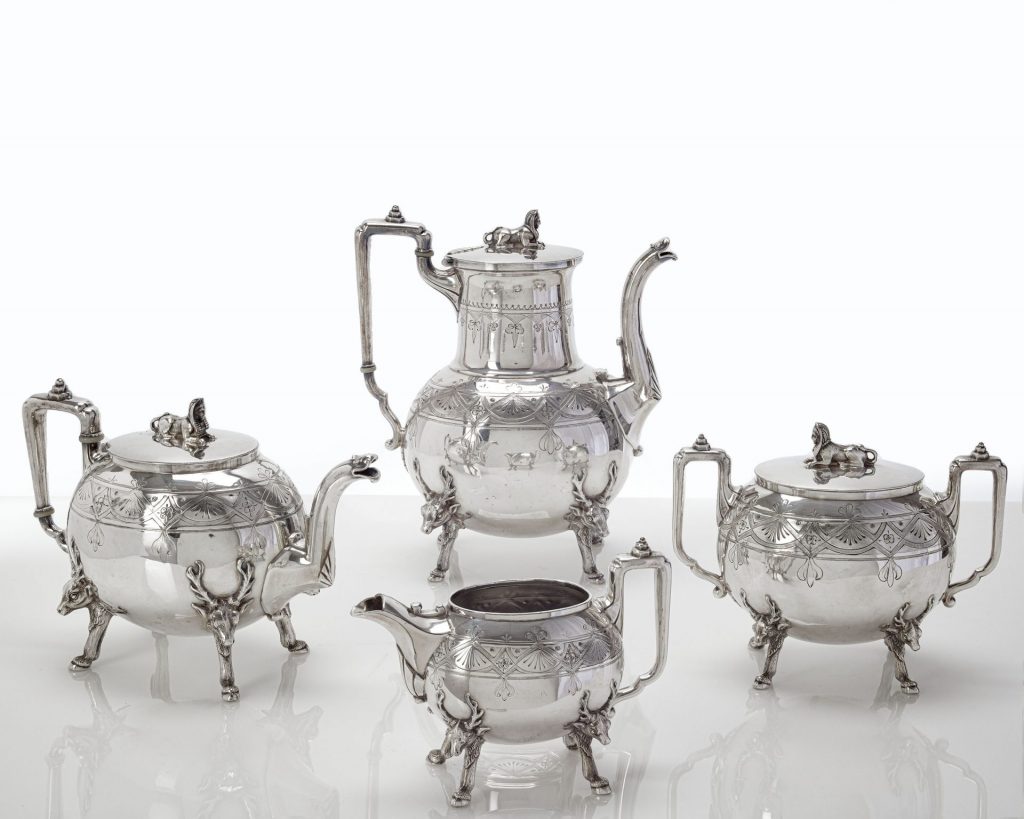 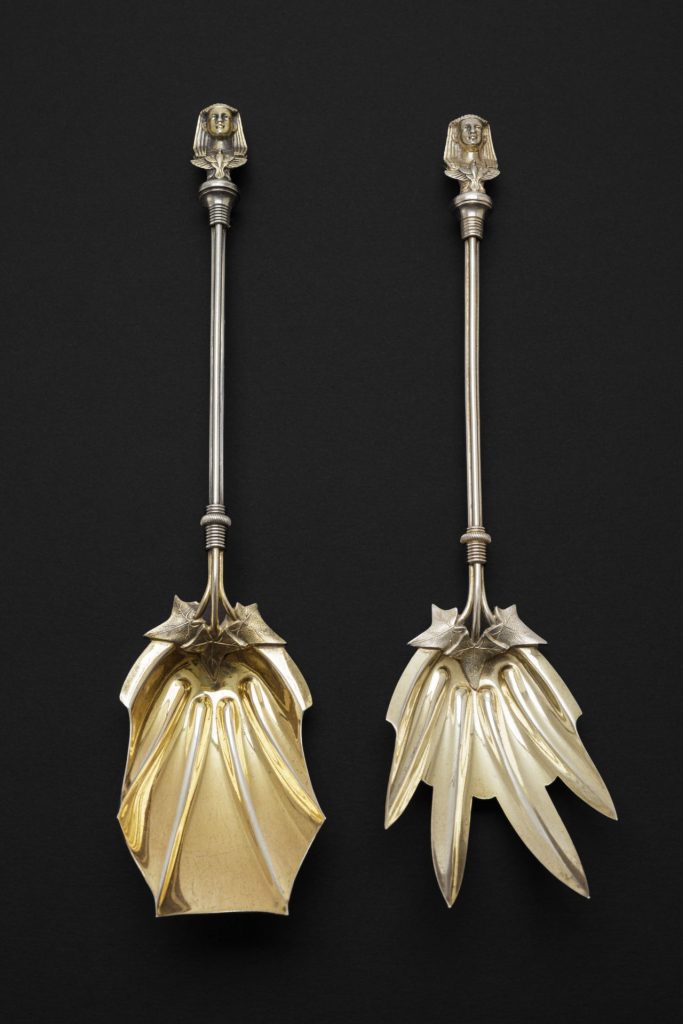 Periods of “Egyptomania”—the madness for things related to ancient Egyptian culture—have occurred in the Western world for the past three thousand years. More than a thousand years after the reign of Egyptian Pharaoh Ramesses II and the powerful Queen Nefertari, who is celebrated in the current exhibition Queen Nefertari’s Egypt, the Ancient Romans became captivated by Egyptian art after Emperor Augustus conquered the lands in North Africa in 31 BCE.

Nearly two thousand years later, Europeans developed “Egyptomania” after Napoleon Bonaparte’s 1798 campaign in Egypt, which included the modern discovery of the famed Rosetta Stone. When British archaeologists uncovered the tomb of Pharaoh Tutankhamun in 1922, public curiosity about Egyptian culture took off with “Tut-mania.” A series of twentieth-century museum projects related to “King Tut” drew enormous excitement, including NOMA’s 1977 Treasures of Tutankhamun exhibition that was visited by 900,000 people in only four months.

Though fashions shifted in and out, American and European designers would return to reference Egyptian ornament for much of the nineteenth-century. Silver, glass, furniture, and ceramics could all include obelisks, hieroglyphs, pyramids, or a sphinx, such as on the silver Salad Servers to the right. This “Sphinx” pattern was released by Gorham designers in 1869, the same year the Suez Canal opened. 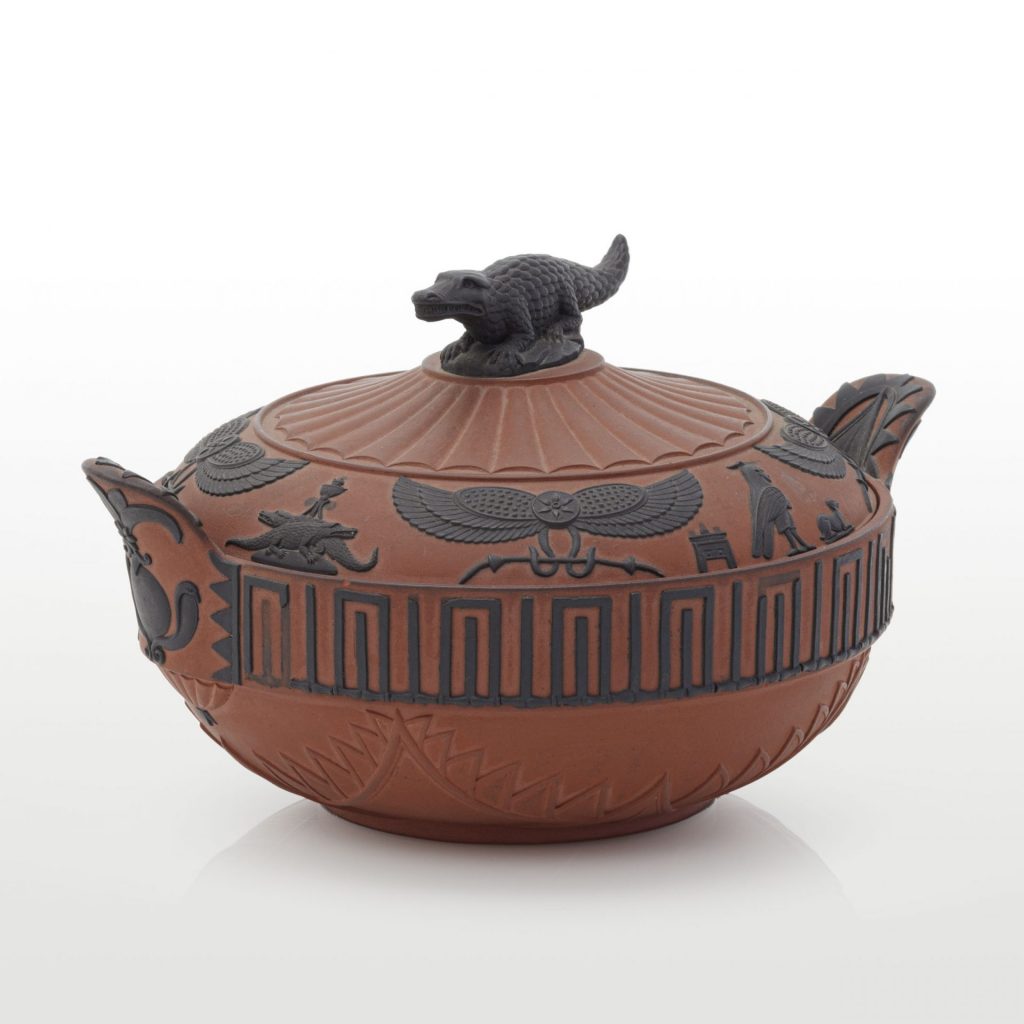 Soon after Napoleon Bonaparte set off the early nineteenth-century “Egyptomania,” England’s famous Wedgwood manufactory made this red stoneware Sugar Bowl with a mixture of Egyptian-inspired motifs applied in black tinted stoneware. A bold figurative crocodile sits on top as the finial, and a band of ornament around the body shows stylized hawk’s wings, the falcon-headed Egyptian god Horus, a canopic jar, and a scattering of hieroglyphic writing, some real and some invented.

Wedgwood designers apparently selected this ornament from a reference in the company’s library, looking back one hundred years to Bernard de Montfaucon’s 1719 book L’Antiquité expliquée et representée en figures. Credited as the founder of modern archeology, Montfaucon (French, 1655–1741) was a Benedictine monk who studied and wrote about antiquities relying on original sources in Italy. Parts of his fifteen-volume L’Antiquité expliquée are digitally available, including here at Google Books, where you can look for ornament that matches the Wedgwood Sugar Bowl. 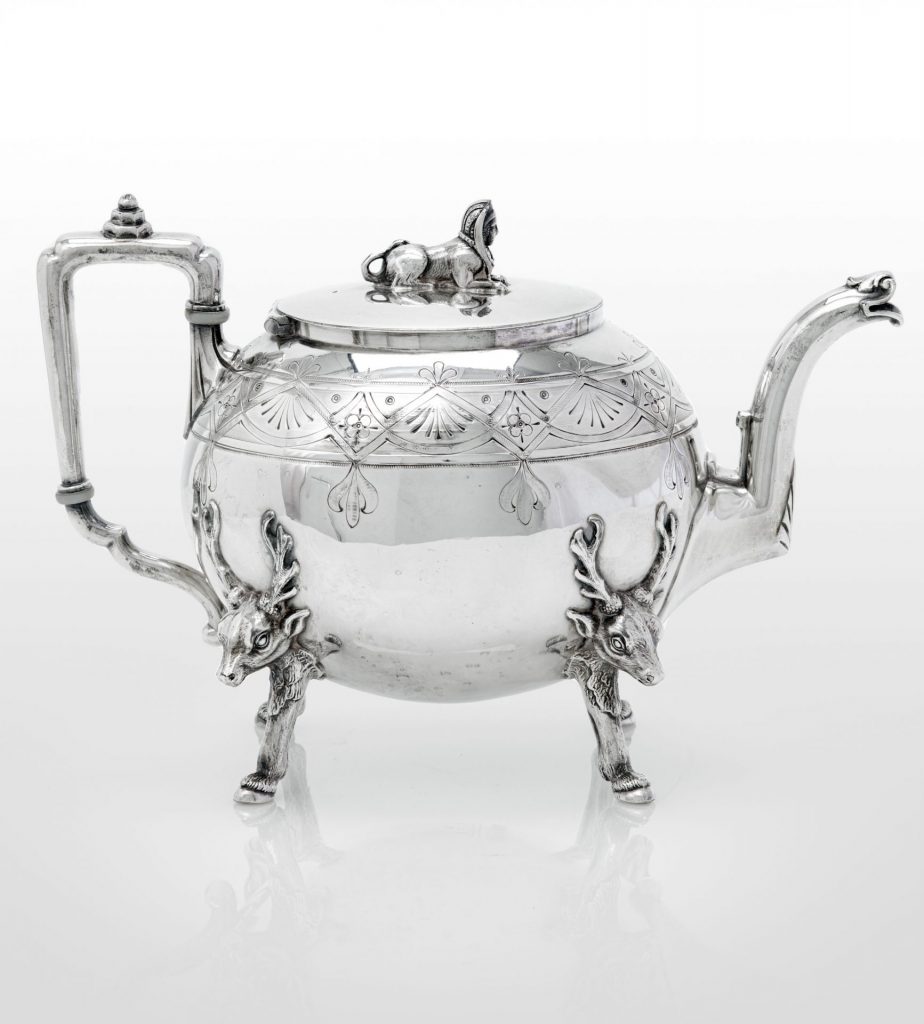 This silver-plate teapot, part of a full five-piece “Egyptian Revival” tea set made by Reed & Barton in Massachusetts, features an Egyptian sphinx mixed eclectically with antlered elks for the legs. This mix-and-match ornament is typical of the late-nineteenth-century, when designers took broad interest in cultures around the world, freely mixing Japanese, Middle Eastern, and ancient Classical ornament in a fad for “exoticism.” This design aligns in time with the Khedive Ismail Pasha of Egypt’s 1877 gift to the United States of an obelisk nicknamed “Cleopatra’s Needle,” visible today in New York City’s Central Park. 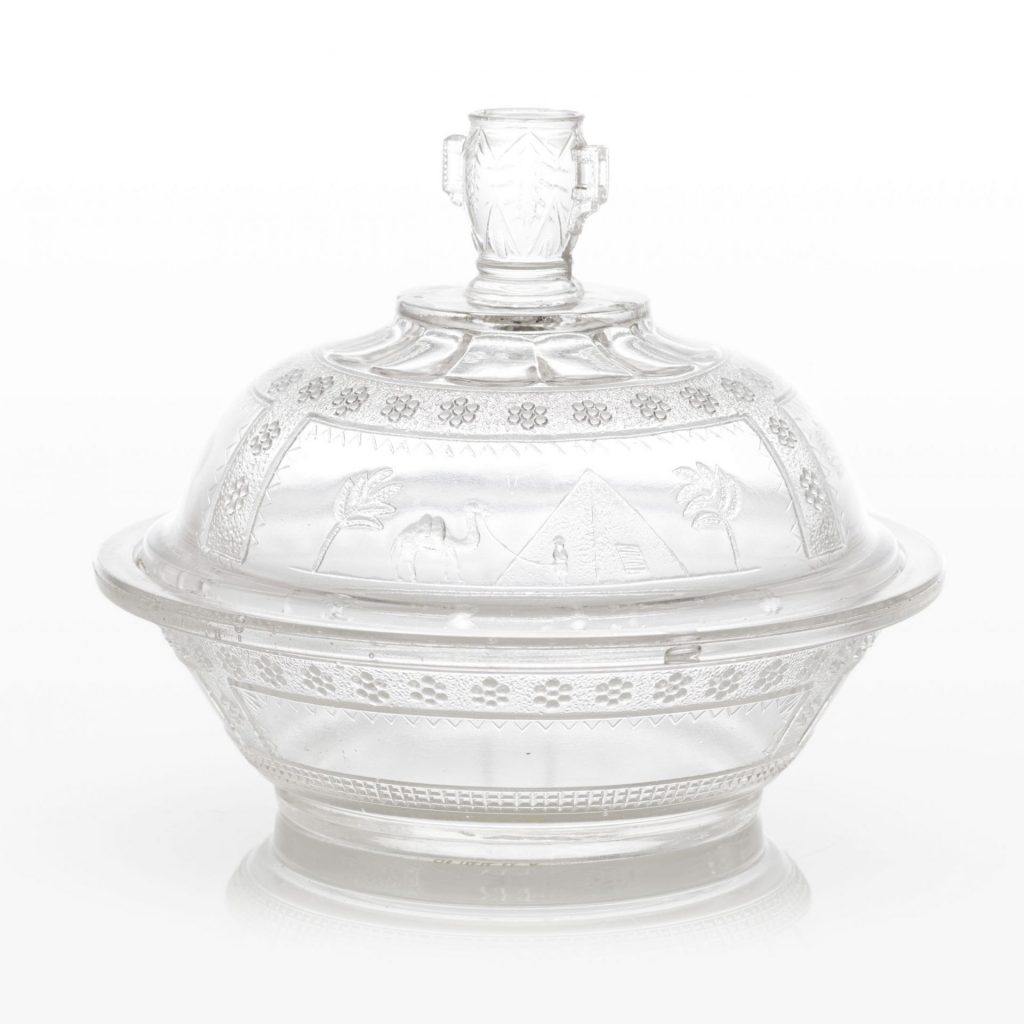 This American glass “Egyptian” Butter Dish is another example of the free mixing of cultural references. Pressed into the glass on three panels around the domed lid are a sphinx with palms and an obelisk; a camel in front of a pyramid; and, in a twist, the ruins of the Greek Parthenon, the temple built more than 1,500 years after the Egyptian’s Pyramids at Giza. Called “Egyptian” by the makers, the pressed glass pattern was introduced by Boston & Sandwich Glass Company in 1870, and several other American glasshouses made the exact same pattern, including in Pittsburgh by Adams & Company after 1883.

From its first rise in popularity around 1800, when Napoleon marched into Egypt, the popularity for Egyptian ornament remained through the century, finally becoming an integral part of the 1920s–30s “Art Deco” style. (You can see this style on a few buildings in New Orleans including the magnificent terminal at the Lakefront Airport.) In successive waves of “Egyptomania,” the use of these style elements—obelisks, hieroglyphs, and pyramids—became designers’ shorthand for exotic “otherness.” The exoticization of other cultures, from around the world and from different eras, informs much design and artwork made during the nineteenth century and leaves us a complicated legacy as we try to understand these objects today. Fueled indeed by genuine scholastic and scientific interest in the arts and culture of the past, this type of ornament is also part of a conversation about the great harm of Western colonization and global imperialism.

At NOMA, in addition to a gallery dedicated to unpacking “Orientalism”—or, the widespread and problematic popularity of nineteenth-century European and American artists taking inspiration from art and people of Middle Eastern, North African, and East Asian cultures—and these nineteenth-century “Egyptomania” artworks on view in the museum’s second floor decorative arts galleries, conversations about the use of Egyptian ornament through time are included in the Queen Nefertari’s Egypt mobile guide accessible here.