Join NOMA staff and fellow book lovers as we read and discuss fiction and nonfiction books related to art, artists, art museums, NOMA’s collections and exhibitions. Eleven books have been selected for 2020.

The Book Club is an informal group. Members do not have to attend every meeting and it’s understood if a member have to leave a discussion or program early. The book club offers several types of programs: a book discussion group that meets once a month (no reading in December), curatorial programs, and Meet the Author receptions. Participants are expected to purchase their own copies of the selected titles.

RSVP for the meetings you wish to attend so we can prepare the meeting space. Remember to send your suggestions for “reads” throughout the year. They may appear in the following year’s schedule.

Please contact NOMA’s Learning and Engagement Department at education@noma.org or call 504.658.4113 for information about joining the NOMA Book Club. 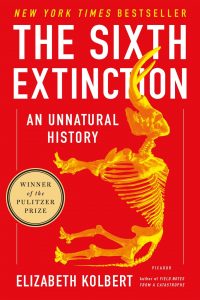 Over the last half-billion years, there have been five mass extinctions, when the diversity of life on earth suddenly and dramatically contracted. Scientists around the world are currently monitoring the sixth extinction, predicted to be the most devastating extinction event since the asteroid impact that wiped out the dinosaurs. In prose that is frank, entertaining, and deeply informed, Elizabeth Kolbert tells us why and how human beings have altered life on the planet in a way no species has before. Providing a moving and comprehensive account of the disappearances occurring before our very eyes, Kolbert shows how the sixth extinction is likely to be mankind’s most lasting legacy, compelling us to rethink the fundamental question of what it means to be human. 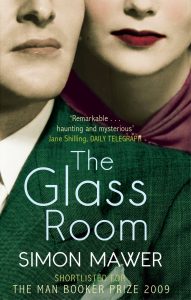 Honeymooners Viktor and Liesel Landauer are filled with the optimism and cultural vibrancy of central Europe of the 1920s when they meet modernist architect Rainer von Abt. He builds for them a home to embody their exuberant faith in the future, and the Landauer House becomes an instant masterpiece. The honesty and idealism of 1930 quickly evaporate with the onset of World War II, and the marriage also shows signs of strain. This family must leave their old life behind, but the house’s story is far from over. As it passes from hand to hand, from Czech to Russian, both the best and the worst of the history of Eastern Europe becomes embodied and perhaps emboldened within the beautiful and austere surfaces and planes of the carefully designed house. 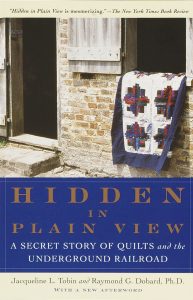 Hidden in Plain View: A Secret Story of Quilts and the Underground Railroad  by Jacqueline Tobin and Raymond Dobard
Anchor, 2000, ISBN: 0385497679

In 1993, historian Jacqueline Tobin met African American quilter Ozella Williams amid piles of beautiful handmade quilts in the Old Market Building of Charleston, South Carolina. With the admonition to “write this down,” Williams began to describe how slaves made coded quilts and used them to navigate their escape on the Underground Railroad. During the three years it took for Williams’s narrative to unfold—and as the friendship and trust between the two women grew—Tobin enlisted New Orleans native Raymond Dobard, Ph.D., an art history professor and well-known African American quilter, to help unravel the mystery. 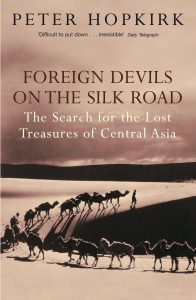 Foreign Devils on the Silk Road: The Search for the Lost Treasures of Central Asia by Peter Hopkirk
John Murray Publishers, 2006, ISBN: 0719564484

The Silk Road, which linked imperial Rome and distant China, was once the greatest thoroughfare on earth. Along it traveled precious cargoes of silk, gold, and ivory, as well as revolutionary new ideas. Its oasis towns blossomed into thriving centers of Buddhist art and learning. In time it began to decline. Traffic slowed, merchants left, and towns vanished beneath the desert sands to be forgotten for a thousand years. Legends grew of lost cities filled with treasures and in the early years of the last century foreign explorers began to investigate these stories. Art and manuscripts were carried away and today are scattered through museums of a dozen countries. Peter Hopkirk tells the story of the intrepid men who, at great personal risk, led these long-range archaeological raids. 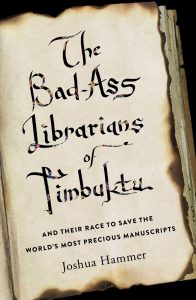 The Badass Librarians of Timbuktu and Their Race to Save the World’s Most Precious Manuscriptsby Joshua Hammer
Simon and Schuster, 2017, ISBN: 9781476777412

In the 1980s, a young adventurer and collector for a government library, Abdel Kader Haidara, journeyed across the Sahara Desert and along the Niger River, tracking down and salvaging tens of thousands of ancient Islamic and secular manuscripts that had fallen into obscurity. In 2012, as thousands of Al Qaeda militants seized control of most of Mali, Haidara organized a dangerous operation to sneak all 350,000 volumes out of Timbuktu to the safety of southern Mali. Journalist Joshua Hammer tells the story of Haidara’s heroic and ultimately successful effort to outwit Al Qaeda and preserve Mali’s—and the world’s—literary patrimony. 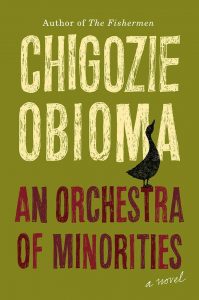 Set on the outskirts of Umuahia, Nigeria, and narrated by a chi, or guardian spirit, this novel tells the love story of Chinonso, a young poultry farmer, and Ndali, who is from a wealthy family. When Ndali’s family objects to their union, Chinonso sells his possessions to attend a college in Cyprus. Spanning multiple continents, traversing the earth and cosmic spaces, and told by a narrator who has lived for hundreds of years, the novel is a contemporary twist of Homer’s Odyssey. Written in the mythic style of the Igbo literary tradition, Chigozie Obioma weaves a heart-wrenching epic about destiny and determination. 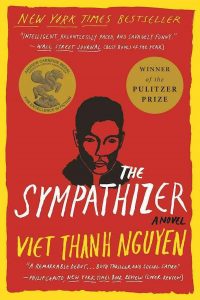 The narrator of this sweeping epic of love and betrayal, is a man of two minds. Half-French, half-Vietnamese, the army captain arranges to come to America after the Fall of Saigon, and while building a new life with other Vietnamese refugees in Los Angeles is secretly reporting back to his communist superiors in Vietnam. The Sympathizer is a blistering exploration of identity and America, a gripping espionage novel, and a powerful story of love and friendship. 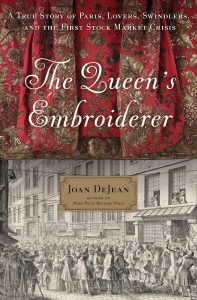 Following two families from 1600 through the French Revolution of 1789, Joan DeJean recreates the larger-than-life personalities of Versailles, where displaying wealth was a power game; the sordid cells of the Bastille; the Louisiana territory, where Frenchwomen were forcibly sent to marry colonists; and the legendary Rue Quincampoix the “Wall Street of Paris.” The Queen’s Embroiderer is both a story of star-crossed love in the most beautiful city in the world and a cautionary tale of greed and the dangerous lure of windfall profits. And every bit of it is true. 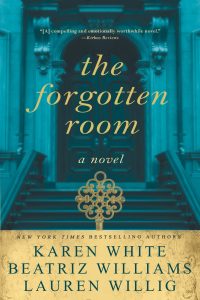 When critically wounded Captain Cooper Ravenel is brought to a private hospital on Manhattan’s Upper East Side in 1945, young Dr. Kate Schuyler is drawn into a complex mystery that connects three generations of women in her family to a single extraordinary room in a Gilded Age mansion. The portrait miniature belonging to Captain Ravenel depicts a young woman who looks remarkably like Kate. This collaborative novel presents stories from three generations written by three authors. 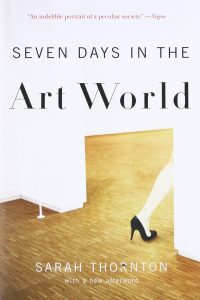 Sarah Thornton’s vivid ethnography reveals the inner workings of the sophisticated subcultures that make up the contemporary art world. In a series of day-in-the-life narratives set in New York, Los Angeles, London, Basel, Venice, and Tokyo, Seven Days in the Art World explores the dynamics of creativity, taste, status, money, and the search for meaning in life. 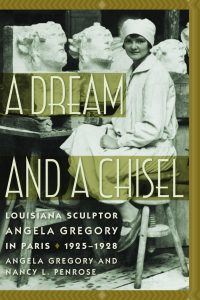 This memoir is based on Nancy Penrose’s oral-history interviews with Louisiana sculptor Angela Gregory, as well as letters and diaries compiled before Gregory’s death in 1990. The book offers a glimpse into the realities of an artist’s life and studio, and captures the vital early years of an extraordinary woman who carved a place for herself in Louisiana’s history. Through sheer grit and persistence, Gregory achieved her dream of studying with French artist Antoine Bourdelle. In Bourdelle’s Paris studio, Gregory learned not only sculpting techniques but also how to live life as an artist. Her experiences in Paris inspired a prolific sixty-year career in a field dominated by men.