Nic Brierre Aziz joined the staff at NOMA in early 2018 to serve as community outreach coordinator for NOMA+, a new “pop-up museum” that debuted in March. He will write a blog for NOMA’s digital magazine about his observations as this innovative “museum without walls” travels to schools, community centers, libraries, festivals, and other community gatherings in the months to come. He will deliver a Small Talk about the debut outreach initiative of NOMA+, a community photo project titled Everyday New Orleans, on Friday, August 3, at 3 pm. On Friday, September 7, at 6 pm join him and other participants in a roundtable discussion about the Everyday New Orleans project. Admission will be free on that night. 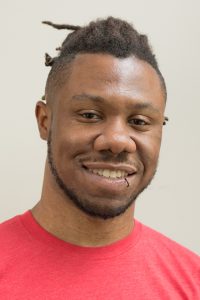 Sharing parts of ourselves and longing to be heard is one of the most fundamental aspects of our humanity. Unfortunately certain social stratification within our world often restrains  our ability to comfortably share and listen to others. Illusory and exclusionary constructs such as race, class, creed, and sexuality compound this problem. Opportunities that enable individuals to overcome these cultural barricades are integral to the evolution of our collective consciousness.

While each of the six Everyday New Orleans project sites were special, I knew there would be something particularly magical about the sharing that would take place at the Rebuild Center. The center has been serving individuals impacted by homelessness since the early 2000s by offering services such as showering facilities, meals, and a place to rest and find safe shelter. Currently, the center sees over 5,000 individuals annually and since 2013 has found permanent housing for 81 percent of individuals who choose to receive case management services.

I began passing out flyers at the center the week prior to the first workshop and immediately noticed the immense amount of beauty that would come from the experience. At the recommendation of the center’s executive director, Vicki Judice, I visited during lunch in an effort to reach the largest amount of people. This gave me the chance to see the center during its peak period and have several substantive interactions with some of the guests. While some were indifferent with my attempt to share information, others were very curious and exuberant — particularly one individual named Sarah.

Vicki pointed out Sarah and told me that she was an artist and would be very interested in the opportunity to engage with the Everyday New Orleans project. I immediately went up to her, introduced myself and gave her information about the project. She had a refreshingly warm spirit and expressed much interest in participating — and I looked forward to seeing her the following week.

The morning of the first workshop, despite having nearly twenty participants between the two available slots, Sarah was nowhere to be found. I was somewhat disheartened but realized that there were many things that could have prevented her from coming. As I was breaking NOMA+ down and preparing to leave, a small — and what would prove to be serendipitous — mechanical issue forced me to stay longer and wait for the manufacturer to arrive to solve the problem. While I was waiting, I noticed Sarah walking past the gate and instantly exclaimed “Hey!” with a wave to get her attention. She came over to the pop-up museum and apologized saying that she had overslept. I told her not to worry and gave her one of the disposable cameras along with the instructions on when to return the camera to staff at the Rebuild Center.

Of the eighteen cameras that were given out, twelve were returned with one of these being Sarah’s. On the morning of the second workshop, she was one of the first to show up and she went through her pictures with pride and enthusiasm. Listening to her explain the concepts and themes addressed in her pictures was such a special moment and it truly affirmed her artistic acumen. While the high quality of her pictures was clear to me and my co-instructor, like a true artist, Sarah was her biggest critic and questioned the validity of her photos. Despite these insecurities, she took one of the most profound photos of the entire Everyday New Orleans project (below). 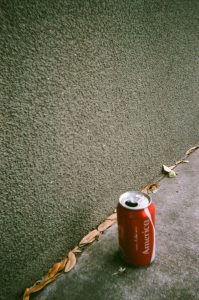 This beauty and vulnerability was shown in so many ways during the second workshop as each Rebuild participant shared their thoughts and stories behind their photos.

Juston was arguably the most enthusiastic participant from the beginning of the first workshop. This excitement translated into him traveling to several different areas in New Orleans that are often forgotten about and underutilized. He took pictures at Lake Pontchartrain, the ravaged former Six Flags theme park and the historical Lincoln Beach. When discussing the story behind his pictures at Lake Pontchartrain, he noted how he chose to ride his bicycle “all the way out there” as early as possible to catch it at the best light quality of the day. This proved to be very advantageous as we were all surprised at how well he was able to capture the area with a disposable camera. 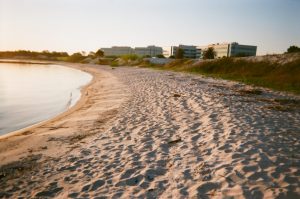 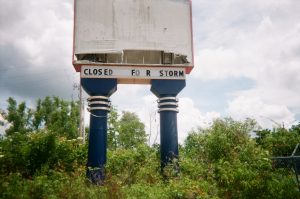 Howard was very eager to share his work during the second workshop and was particularly passionate about the paradox of Duncan Plaza. This plaza is ironically located across from City Hall and exists as a haven for many individuals who are affected by homelessness. His feelings about this dichotomy touched me in a unique way as someone who formerly worked to address urban challenges for Mayor Mitch Landrieu in City Hall. I have worked on several art related projects in the plaza since then. In addition to these feelings, he shared the very personal meaning behind the two photos below. The small orange house is one that is located behind the Rebuild Center in which he currently keeps many of his belongings, while the other photo represents the type of house that he hopes to one day live in. 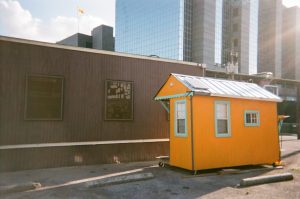 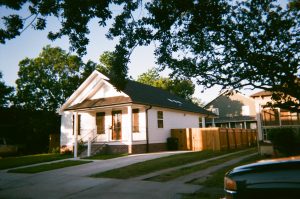 Jose, a native of Mexico, identified himself as an artist from the beginning of the first workshop and mentioned that he had once taken photos that had been featured in a national print publication. My co-instructor, native New Orleans photographer Gabrielle Garcia-Steib, was also able to connect with him on a deeper level by speaking Spanish. His featured photos in the exhibition each comment on complex southern narratives. While going through his photos during the second workshop, he noted that the photo featuring the tree, chains, and a Confederate hat was a photo that he curated to illustrate race issues in the South. The house visible in the background is one where he keeps these pieces and other works of art that he has made. 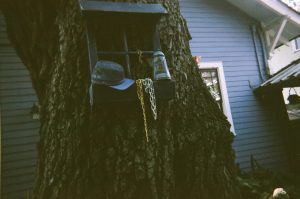 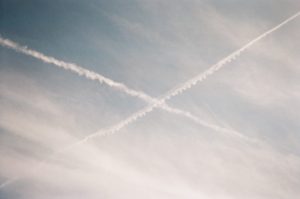 Ted was one of the most inquisitive participants during the first workshop and as a result I really looked forward to seeing his photos. While reviewing everyone’s photos in the second workshop, he became very self-conscious about sharing his own. Watching one of the other participants, Shonda (pictured below), helped him overcome his fear was a very special moment and he eventually shared his work with the group. When sharing his picture of the bike memorial, he became emotional, noting that he has lost several friends in traffic accidents. 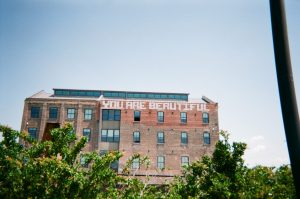 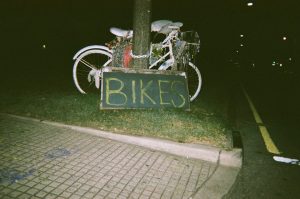 The love and vulnerability that encompassed NOMA+ during the workshops at the Rebuild Center was so abundant and these characteristics would show themselves throughout the actual museum on the opening night of Changing Course: Reflections on New Orleans Histories. Around 5:30 that evening, I recall seeing Vicki walking up with Sarah, Jose, Shonda, and Juston. They were all dressed for the event and were each carrying a bouquet of flowers that Vicki had given them to commemorate the evening. I was immediately overcome with joy and instructed them to enter the museum and check out their respective photos featured in the exhibition. Getting to witness how excited they were to just be in the museum as they looked at their photos on a wall and shared themselves with others was such a special sight. The beauty and ability of art to bring together individuals from all walks of life, while spurring enhanced compassion and empathy in the maker and viewer was so evident on this night. As art sits at the frontline of humanity’s war against itself, its ability to increase our comfort with sharing ourselves is arguably more important now than ever before. 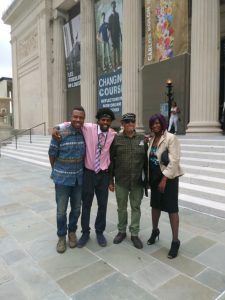 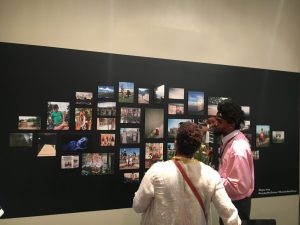 Photographs by participants in the Everyday New Orleans project are on view at NOMA as part of the exhibition Changing Course: Reflections on New Orleans Histories.

Toward the end of the night as I was walking my parents out of the museum, I heard a group yell “Bye Nic!” from the opposite end of the park. It was Vicki, Juston, Jose, Shonda, and Sarah. I walked over to tell them goodbye and congratulate them again on being a part of the exhibition. We all shared our reflections on the night and it became a very emotional moment as I think it was one in which we all collectively recognized the power of the Everyday New Orleans project. Each of them expressed so much gratitude about this gift that I helped give to them, and I expressed my gratitude for their participation and vulnerability. Just as I was walking away, Sarah got my attention, benevolently similar to the way that I had the morning of the first workshop when she was walking past the gate. This time it was me on the other end as she split the bouquet of flowers that Vicki had given her and gave me the other half.

Sharing ourselves is truly so much more important and powerful than we realize.