Bodies of Knowledge brings together eleven international contemporary artists to reflect on the role that language plays in archiving and asserting our cultural identities. In conjunction with this exhibition, NOMA will be screening an eclectic array of movies selected by a few of these artists that reflect their inspirations, interests, and ideals. 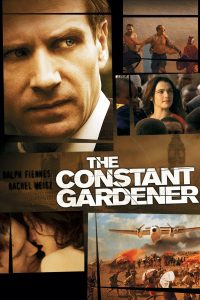 Assigned to a new post, reserved British diplomat Justin Quayle (Ralph Fiennes) relocates to Kenya with his lovely young wife, Tessa (Rachel Weisz), an activist for social justice. When Tessa is found murdered out in the wilderness, circumstances point to her friend, Dr. Arnold Bluhm (Hubert Koundé), but it is soon clear that he’s not the killer. Grief-stricken and angry, Justin sets out to uncover the truth behind Tessa’s murder — and in the process, he unearths some disturbing revelations. Watch the trailer: 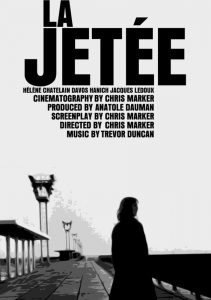 A man (Davos Hanich) is a prisoner in the aftermath of World War III in post-apocalyptic Paris, where survivors live underground in the Palais de Chaillot galleries. Scientists research time travel hoping to send test subjects to different time periods “to call past and future to the rescue of the present”. They have difficulty finding subjects who can mentally withstand the shock of time travel. The scientists eventually settle upon the prisoner; his key to the past is a vague but obsessive memory from his pre-war childhood of a woman he had seen on the observation platform (“the jetty”) at Orly Airport shortly before witnessing a startling incident there. He did not understand exactly what happened, but knew he had seen a man die.

After several attempts, he reaches the pre-war period. He meets the woman from his memory, and they develop a romantic relationship. After his successful passages to the past, the experimenters attempt to send him into the far future. In a brief meeting with the technologically advanced people of the future, he is given a power unit sufficient to regenerate his own destroyed society, but the movie takes an unexpected turn that prevents this rebuilding of the future. Watch the original French trailer: 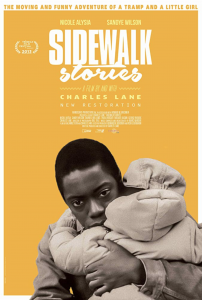 In this almost entirely silent film, a homeless artist (Charles Lane) is forced to play surrogate parent when the father of a young girl (Nicole Alysia) is murdered. Taking the child into the depths of the slums that he calls home, the artist keeps the little girl healthy and happy while doing his best to search for her living relatives. As the artist and the child venture through the streets together, they meet a strange assortment of characters while slowly developing an intimate friendship. Ultimately the artist winds up in a horse-drawn chase of the murderers. Watch the trailer: 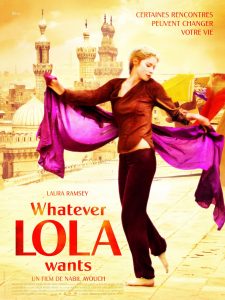 Whatever Lola Wants is a 2007 French-Canadian romantic drama directed by Nabil Avouch. The film stars Laura Ramnsey as Lola, an American postal worker who travels to Egypt to seek out a legendary belly dancer. Lola dreams of becoming a belly dancer. After a friend encourages her to perform at a local Moroccan restaurant, Lola captures the attentions of the handsome Zack. Lola follows after him, but is crushed to find that Zack is to marry someone of his family’s choosing. Lola decides to turn all of her energy into making her dreams a reality and tracks down Ismahan, a reclusive dancing star that retired due to a scandal involving a mysterious lover. Although reluctant, Ismahan is persuaded into giving Lola lessons and a friendship blossoms as a result. Watch the trailer: 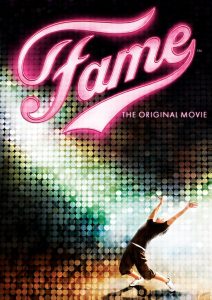 Fame is an American teen musical drama that chronicles of the lives of several aspiring adolescents who attend a New York high school for students gifted in the performing arts. The film follows the students from their auditions on through senior year with the hard knocks and victories of lives dedicated to their craft. Fame garnered awards and nominations in a variety of categories, with particular praise for its title song performed by Irene Cara. It received four Golden Globe Award nominations, including Best Motion Picture, Best Actress – Motion Picture Musical or Comedy (Cara), and Best Original Score (Michael Gore). The film only won one award for Best Original Song (“Fame”). Fame was the last musical film to be produced by MGM, before the studio merged with United Artists in 1981. The film has been credited with revitalizing the teen musical subgenre by adding dramatic elements into its story, echoing 1950s melodramas. Its presentation of musical numbers in the style of a music video was a major influence on other 1980s films in the dance film genre. Watch the trailer: