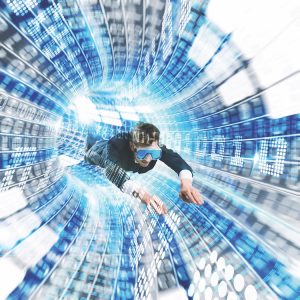 NOMA visitors will have the opportunity to interact with cutting-edge technology in the realms of virtual and augmented reality, animation, digital gaming, and other immersive, artistic technology—and meet the creative minds behind such 21st-century innovations—at a first-ever symposium between Tulane University’s School of Professional Advancement and the museum.

The Tulane School of Professional Advancement will partner with the New Orleans Museum of Art for the first of a planned series of design symposia on October 20 from 6 to 8 p.m. The series will highlight various disciplines as they relate to the design process and industry opportunities both locally and globally. The fall symposium is themed “Technology & Storytelling: Animation, Special Effects, Virtual & Augmented Reality.”

The event will include a panel discussion and audience Q&A, as well as a digital display of student and artist work. Visitors will be able to participate in a hands-on demonstration of virtual and augmented reality using personal operation devices.

“We are incredibly excited to bring virtual reality and augmented reality for the first time ever to NOMA, as well as showcase the talent of artists and designers in New Orleans,” said Carrie Lee Schwartz, Senior Professor of Practice for  Digital Design at Tulane School of Professional Advancement and moderator for the event. “Panelists and guest speakers have used their design skills to enhance lives and influence local culture and commerce.”

Held in conjunction with the Friday Nights at NOMA series and made possible with support from the Tulane Provost’s office and the Lavin Bernik Faculty Grant, the Design Symposium series recognizes and connects creative, innovative, and critical thinkers and designers in the New Orleans community.

To learn more about this event and the School of Professional Advancement, call 504.865.5555 or visit sopa.tulane.edu. 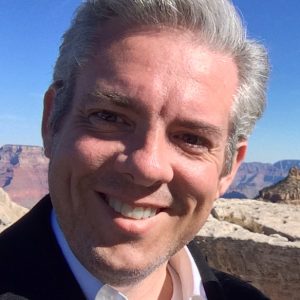 Hales has been creating digital imagery in New Orleans since he first grabbed the mouse of an Apple Lisa in 1984. He was instrumental in bringing digital design to New Orleans design studios, ad agencies, and presses in the early 1990s before co-founding New Orleans’ first 3D animation and digital effects firm, Chimera Digital. Today, Matthew is the vice president of immersive technology and a founding member of TurboSquid.

Over the course of his career Matthew has acquired a unique perspective on the creative process and revolutionary technology that today’s creators have at their disposal. As recent advances in the core technologies behind virtual reality and augmented reality have made these systems accessible to eager digital artists, Hales has led TurboSquid’s virtual reality lab in its mission to establish best methods and practices for creating compelling and performant virtual objects and environments. 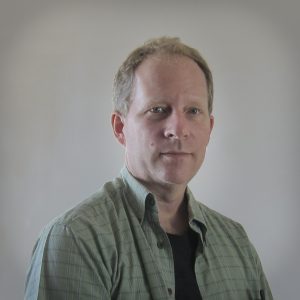 Christofer Dierdorff’s relationship with visual creation has evolved along dual, symbiotic tracks—with each path nurturing and informing the other. His passion for visuals fed his photography, while the more practical desire for food and shelter drove his career in film, television, plus 2D and 3D software development.

Working with companies like Lucasfilm and Walt Disney, Dierdorff distinguished himself in the workaday world by wearing far too many hats as: producer, effects supervisor, director of photography, and software product manager. He’s won a national Emmy award for visual effects, as well as shepherding the first, national broadcast of real-time 3D virtual-set technology for ABC-TV. Within still photography, Dierdorff creates portraits of celebrities for exhibition as fine art, including those of Maya Angelou, Salman Rushdie, Princess Margaret, Jane Goodall, and Archbishop Desmond Tutu. For the United Nations, he served as their 50th Anniversary portrait photographer in San Francisco. His has been commissioned by such clients as RCA Records, Oxygen Media, MTV, and, most recently, an entire light-rail station in Los Angeles. Now a resident of New Orleans, Dierdorff continues to share his passion for imagery by now creating largescale, fine art prints for local artists, photographers, galleries, and museums. 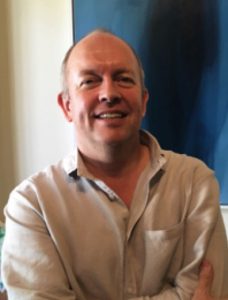 Simon Blake is a mixed-media filmmaker and graphic artist. He studied graphic design, illustration, and mixed-media film in England and says, “My work is influenced by everything that I come into contact with – Cinema, literature, conversation, music, graphic design, illustration, photography, humor, the unexpected and the banal. Magic is everywhere.”

He worked for the BBC in London and later Limelight Productions and Terry Gilliams’ Peerless Camera Company in Los Angeles. In New York he joined Chelsea Pictures where he also produced several short mixed-media films: Domestic Intelligence and Sadness of Sex, written by Barry Yougrau, and a commissioned HD film for Sony/Y&R’s Dreams series. 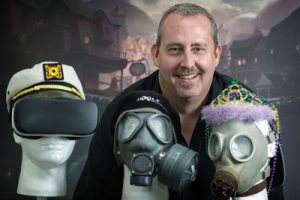 Matthew Findley co-founded inXile Entertainment, Inc. in 2002 and serves as its president. Previous to inXile, Matthew worked at Interplay Entertainment from 1989 to 2002. At Interplay, Matthew served most of his career in product development, as a programmer and game designer. He also served as producer, executive producer and division head of Interplay’s first autonomous internal studio. Before starting inXile, Matthew served as Interplay’s general manager of Europe for two and a half years in London and managed all of European development, marketing, and distribution.

At inXile entertainment, Matthew has returned to his game-making roots and serves as creative director and/or executive producer of all of inXile’s games. In additions to the critical success of their products, inXile has become one the most successful crowdfunded companies of all time with four multimillion dollar crowd funding campaigns.

Recently, Matthew moved to New Orleans to open inXile’s first satellite studio. In their first year, inXile NOLA has ramped up to thirty team members and has recently shipped “The Mage’s Tale,” a VR title for Oculus Rift.