NOMA’s Learning and Engagement staff suggests the following books related to themes of social justice. In partnership with Octavia Books, links are provided to purchase these titles through this independent bookstore based in New Orleans. 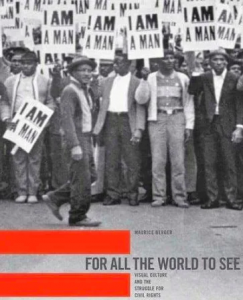 In 1955, shortly after Emmett Till was murdered by white supremacists in Mississippi, his grieving mother distributed to the press a gruesome photograph of his mutilated corpse. Asked why she would do this, she explained that by witnessing with their own eyes the brutality of segregation and racism, Americans would be more likely to support the cause of racial justice. “Let the world see what I’ve seen,” was her reply. The publication of the photograph inspired a generation of activists to join the civil rights movement.

Despite this extraordinary episode, the story of visual culture’s role in the modern civil rights movement is rarely included in its history. This is the first comprehensive examination of the ways images mattered in the struggle, and it investigates a broad range of media including photography, television, film, magazines, newspapers, and advertising.

In five years, Jesmyn Ward lost five young men in her life—to drugs, accidents, suicide, and the bad luck that can follow people who live in poverty, particularly black men. Dealing with these losses, one after another, made Jesmyn ask the question: Why? And as she began to write about the experience of living through all the dying, she realized the truth-and it took her breath away. Her brother and her friends all died because of who they were and where they were from, because they lived with a history of racism and economic struggle that fostered drug addiction and the dissolution of family and relationships. The author says the answer was so obvious she felt stupid for not seeing it. But it nagged at her until she knew she had to write about her community, to write their stories and her own.

Ariella Aïsha Azoulay argues that the institutions that make our world, from archives and museums to ideas of sovereignty and human rights to history itself, are all dependent on imperial modes of thinking. Imperialism has segmented populations into differentially governed groups, continually emphasized the possibility of progress while it tries to destroy what came before, and voraciously seeks out the new by sealing the past away in dusty archival boxes and the glass vitrines of museums.

By practicing what she calls potential history, Azoulay argues that we can still refuse the original imperial violence that shattered communities, lives, and worlds, from native peoples in the Americas at the moment of conquest to the Congo ruled by Belgium’s brutal King Léopold II, from dispossessed Palestinians in 1948 to displaced refugees in our own day. In Potential History, Azoulay travels alongside historical companions—an old Palestinian man who refused to leave his village in 1948, an anonymous woman in war-ravaged Berlin, looted objects and documents torn from their worlds and now housed in archives and museums—to chart the ways imperialism has sought to order time, space, and politics.

“Mountain,” Baldwin said, “is the book I had to write if I was ever going to write anything else.” Go Tell It On The Mountain, first published in 1953, is Baldwin’s first major work, a novel that has established itself as an American classic. With lyrical precision, psychological directness, resonating symbolic power, and a rage that is at once unrelenting and compassionate, Baldwin chronicles a fourteen-year-old boy’s discovery of the terms of his identity as the stepson of the minister of a storefront Pentecostal church in Harlem one Saturday in March of 1935. Baldwin’s rendering of his protagonist’s spiritual, sexual, and moral struggle of self-invention opened new possibilities in the American language and in the way Americans understand themselves. 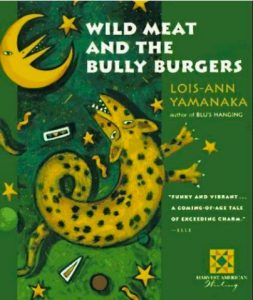 Her name is Lovey Nariyoshi, and her Hawai’i is not the one of leis, pineapple, and Magnum P.I. In the blue collar town of Hilo, on the Big Island, Lovey and her eccentric Japanese-American family are at the margins of poverty, in the midst of a tropical paradise. With her endearing, effeminate best friend Jerry, Lovey suffers schoolyard bullies, class warfare, Singer sewing classes, and the surprisingly painful work of picking on a macadamia nut plantation, all while trying to find an identity of her own. At once a bitingly funny satire of haole happiness and a moving meditation on what is real, if ugly at times, but true, Wild Meat and the Bully Burgers crackles with the language of pidgin—Hawai’i Creole English—distinguishing one of the most vibrant voices in contemporary culture.

You might be the kind of person who stands up to online trolls. Or who marches to protest injustice. Perhaps you are #DisabledAndCute and dancing around your living room, alive and proud. Or perhaps you are the trans mentor that you wish you had when you were younger. Maybe you call out false allies, or stand up to loved ones. Maybe you speak your truth and drop the mic, or maybe you take it with you when you leave.

Jade believes she must get out of her poor neighborhood if she’s ever going to succeed. Her mother tells her to take advantage of every opportunity that comes her way. And Jade has: every day she rides the bus away from her friends and to the private school where she feels like an outsider, but where she has plenty of opportunities. But some opportunities she doesn’t really welcome, like an invitation to join Women to Women, a mentorship program for “at-risk” girls. Just because her mentor is black and graduated from the same high school doesn’t mean she understands where Jade is coming from. She’s tired of being singled out as someone who needs help, someone people want to fix. Jade wants to speak, to create, to express her joys and sorrows, her pain and her hope. Maybe there are some things she could show other women about understanding the world and finding ways to be real, to make a difference. 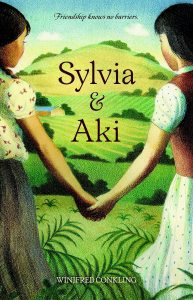 Young Sylvia Mendez never expected to be at the center of a landmark legal battle. Young Aki Munemitsu never expected to be sent away from her home and her life as she knew it. The two girls definitely never expected to know each other, until their lives intersected on a Southern California farm in a way that changed the country forever. Who are Sylvia and Aki? And why did their family stories matter then and still matter today? This book reveals the remarkable, never-before-told story—based on true events—of Mendez vs. Westminster School District, the California court case that desegregated schools for Latino children and set the stage for Brown vs. Topeka Board of Education at the national level.

Human rights belong to every single one of us, but they are often under threat. Developed in collaboration with Amnesty International, Rise Up! encourages young people to engage in peaceful protest and stand up for freedom. Photographs of protest posters celebrate the ongoing fight for gender equality, civil rights, LGBTQ rights, refugee and immigrant rights, peace, and the environment. 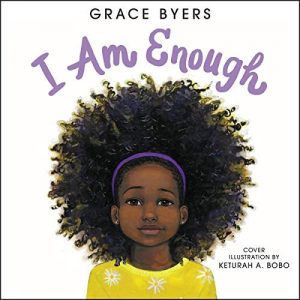 This is a gorgeous, lyrical ode to loving who you are, respecting others, and being kind to one another—from Empire actor and activist Grace Byers and talented newcomer artist Keturah A. Bobo.

Being the new kid in school is hard enough, but what about when nobody can pronounce your name? Having just moved from Korea, Unhei is anxious that American kids will like her. So instead of introducing herself on the first day of school, she tells the class that she will choose a name by the following week. Her new classmates are fascinated by this no-name girl and decide to help out by filling a glass jar with names for her to pick from. But while Unhei practices being a Suzy, Laura, or Amanda, one of her classmates comes to her neighborhood and discovers her real name and its special meaning. On the day of her name choosing, the name jar has mysteriously disappeared. Encouraged by her new friends, Unhei chooses her own Korean name and helps everyone pronounce it—Yoon-Hey.

Born in Ghana, West Africa, with one deformed leg, he was dismissed by most people—but not by his mother, who taught him to reach for his dreams. As a boy, Emmanuel hopped to school more than two miles each way, learned to play soccer, left home at age thirteen to provide for his family, and, eventually, became a cyclist. He rode an astonishing four hundred miles across Ghana in 2001, spreading his powerful message: disability is not inability. Today, Emmanuel continues to work on behalf of the disabled.

When Alex spies a mule chomping on greens in a nearby garden, he can’t help but ask about it. “Ol’ Belle?” says Miz Pettway. “She can have all the collards she wants. She’s earned it.” And so begins the tale of an ordinary mule in Gee’s Bend, Alabama, that played a singular part in the civil rights movement of the 1960s. When African-Americans in a poor community — inspired by a visit from Dr. Martin Luther King Jr. — defied local authorities who were trying to stop them from registering to vote, many got around a long, imposed detour on mule-drawn wagons. As Alex looks into the eyes of gentle Belle, he begins to understand a significant time in history in a very personal way.