NOMA’s Learning and Engagement team is excited to present monthly suggested reading lists for all ages. The theme for this month is Asian Art in conjunction with the exhibition Buddha and Shiva, Lotus and Dragon: Masterworks from the Mr. and Mrs. John D. Rockefeller 3rd Collection at Asia Society. Direct links for ordering books from the NOMA Shop are found in the listings below. All titles are available for purchase online and in-shop unless otherwise noted. 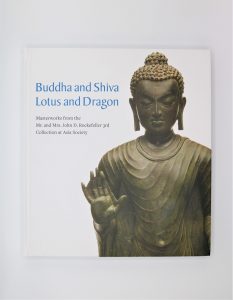 How to Read Buddhist Art, by Kurt A. Behrendt
Metropolitan Museum of Art, 2020

How to Read Buddhist Art assembles fifty-four masterpieces from The Met collection to explore how images of the Buddha crossed linguistic and cultural barriers, and how they took on different (yet remarkably consistent) characteristics in India, Pakistan, Afghanistan, the Himalayas, China, Korea, Japan, Sri Lanka, Thailand, Cambodia, and Indonesia.

Lost Kingdoms reveals newly discovered architectural and sculptural relics from this region, which provide key insights into the formerly mysterious kingdoms. The first publication to use sculpture as a lens to explore this period of Southeast Asian history, Lost Kingdoms offers a significant contribution and a fresh approach to the study of cultures in Cambodia, Thailand, Burma, and other countries.

Nirvana: The Spread of Buddhism Through Asia, by Jeremy Horner
GOFF Books, 2016

Join Jeremy Horner, photographer and geologist, as he traces the origins of Buddhism and following its evolutionary paths from its birthplace at Bodh Gaya, India to northeast Asia, along the Silk Road through China, down to Sri Lanka, and across to southeast Asia. Maps with reference to the photographs will guide you along the routes. The illuminating text by Denis Gray provides an authoritative perspective of Buddhism in 21st century Asia and assists in navigating the reader through the book’s journey. 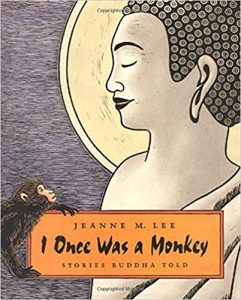 I Once Was a Monkey introduces readers to the cycle of fables in Buddhist literature known as the Jatakas, or birth stories, which Buddha originally told to his disciples when occasion arose to illustrate his teachings. Each of the six retellings gathered here features animal characters and an incarnation of the Buddha from an earlier life, usually as an animal himself. From the tale of the clever monkey outwitting a hungry crocodile to that of a bird and turtle rescuing a friend, these subtle, amusing parables embody some of the central tenets of Buddha’s philosophy. Joined with stunning linocut illustrations, they form a book notable for both its beauty and its wisdom.

Wabi Sabi, a little cat in Kyoto, Japan, journeys to uncover the meaning of her name, and on the way discovers what wabi sabi is: a Japanese philosophy of seeing beauty in simplicity, the ordinary, and the imperfect.
Using spare text and haiku, Mark Reibstein weaves an extraordinary story is about finding real beauty in unexpected places. Caldecott Medal-winning artist Ed Young complements the lyrical text with breathtaking collages. Together, they illustrate the unique world view that is wabi sabi.

Throughout the ages, moral tales have been passed down from one generation to the next. Centuries ago in China, hundreds of parables were told by the Buddha to his devoted followers. His messages became widespread through fables adapted by famous storytellers like Aesop and La Fontaine. In this collection, the author has chosen ten of the most engaging classic tales from the Buddha’s works. Compiled and illustrated by Demi, this wonderful collection of stories is sure to draw young readers into the ancient teachings of the Buddha, teachings that are as relevant today as they were over two thousand years ago.

A long time ago in China there was a boy named Ping who loved flowers. Anything he planted burst into bloom.

The Emperor loved flowers too. When it was time to choose an heir, he gave a flower seed to each child in the kingdom. “Whoever can show me their best in a year’s time,” he proclaimed, “shall succeed me to the throne!”

Ping plants his seed and tends it every day. But month after month passes, and nothing grows. When spring comes, Ping must go to the Emperor with nothing but an empty pot.

Visit the NOMA Shop for a full selection of items related to the exhibition Buddha and Shiva, Lotus and Dragon: Masterworks from the Mr. and Mrs. John D. Rockefeller 3rd Collection at Asia Society

We welcome any questions or feedback about NOMA’s suggested reading lists. Please feel welcome to contact us at education@noma.org.