NOMA’s Learning and Engagement staff suggests the following books related to themes of belief systems. In partnership with Octavia Books, links are provided to purchase these titles through this independent bookstore based in New Orleans. 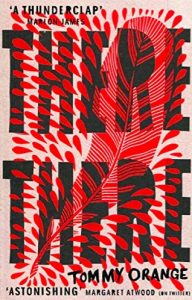 Tommy Orange’s wondrous and shattering novel follows twelve characters from Native communities: all traveling to the Big Oakland Powwow, all connected to one another in ways they may not yet realize. Among them is Jacquie Red Feather, newly sober and trying to make it back to the family she left behind. Dene Oxendene, pulling his life together after his uncle’s death and working at the powwow to honor his memory. Fourteen-year-old Orvil, coming to perform traditional dance for the very first time. Together, this chorus of voices tells of the plight of the urban Native American—grappling with a complex and painful history, with an inheritance of beauty and spirituality, with communion and sacrifice and heroism. Hailed as an instant classic, There There is at once poignant and unflinching, utterly contemporary and truly unforgettable.

Hailed by Chinua Achebe as one of the greatest African novels ever written, this classic tells the tale of young Samba Diallo, a devout pupil in a Koranic school in Senegal whose parents send him to Paris to study philosophy. Written in an elegant, lyrical prose, Ambiguous Adventure is a masterful expression of the immigrant experience and the repercussions of colonialism, and a great work of literature about the uneasy relationship between Islamic Africa and the West.

Psychiatrist Viktor Frankl’s memoir has riveted generations of readers with its descriptions of life in Nazi death camps and its lessons for spiritual survival. Between 1942 and 1945 Frankl labored in four different camps, including Auschwitz, while his parents, brother, and pregnant wife perished. Based on his own experience and the experiences of others he treated later in his practice, Frankl argues that we cannot avoid suffering but we can choose how to cope with it, find meaning in it, and move forward with renewed purpose. Frankl’s theory-known as logotherapy, from the Greek word logos (“meaning”)-holds that our primary drive in life is not pleasure, as Freud maintained, but the discovery and pursuit of what we personally find meaningful.

At twenty-two, Cheryl Strayed thought she had lost everything. In the wake of her mother’s death, her family scattered and her own marriage was soon destroyed. Four years later, with nothing more to lose, she made the most impulsive decision of her life. With no experience or training, driven only by blind will, she would hike more than a thousand miles of the Pacific Crest Trail from the Mojave Desert through California and Oregon to Washington State—and she would do it alone. Told with suspense and style, sparkling with warmth and humor, Wild powerfully captures the terrors and pleasures of one young woman forging ahead against all odds on a journey that maddened, strengthened, and ultimately healed her. 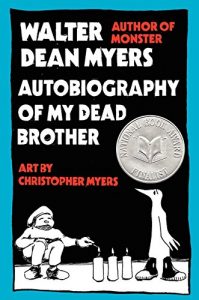 The thing was that me and Rise were blood brothers, but sometimes I really didn’t know him. . . . As Jesse fills his sketchbook with drawings and portraits of Rise, he tries to make sense of the complexities of friendship, loyalty, and loss in a neighborhood plagued by drive-bys, vicious gangs, and abusive cops.

Sixteen-year-old Sarah can’t draw. This is a problem, because as long as she can remember, she has “done the art.” She thinks she’s having an existential crisis. And she might be right; she does keep running into past and future versions of herself as she wanders the urban ruins of Philadelphia. Or maybe she’s finally waking up to the tornado that is her family, the tornado that six years ago sent her once-beloved older brother flying across the country for a reason she can’t quite recall. After decades of staying together “for the kids” and building a family on a foundation of lies and domestic violence, Sarah’s parents have reached the end. Now Sarah must come to grips with years spent sleepwalking in the ruins of their toxic marriage. As Sarah herself often observes, nothing about her pain is remotely original—and yet it still hurts.

Insightful, heartbreaking, and ultimately hopeful, this is a vivid portrait of abuse, survival, resurgence that will linger with readers long after the last page.

Jude and her twin brother, Noah, are incredibly close. At thirteen, isolated Noah draws constantly and is falling in love with the charismatic boy next door, while daredevil Jude cliff-dives and wears red-red lipstick and does the talking for both of them. But three years later, Jude and Noah are barely speaking. Something has happened to wreck the twins in different and dramatic ways . . . until Jude meets a cocky, broken, beautiful boy, as well as someone else—an even more unpredictable new force in her life. The early years are Noah’s story to tell. The later years are Jude’s. What the twins don’t realize is that they each have only half the story, and if they could just find their way back to one another, they’d have a chance to remake their world. This radiant novel from the acclaimed, award-winning author of The Sky Is Everywhere will leave you breathless and teary and laughing—often all at once. 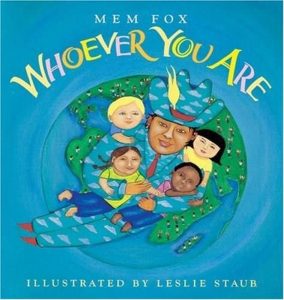 Every day all over the world, children are laughing and crying, playing and learning, eating and sleeping. They may not look the same. They may not speak the same language. Their lives may be quite different. But inside, they are all alike. Stirring words and bold paintings weave their way around our earth, across cultures and generations. At a time when, unfortunately, the lessons of tolerance still need to be learned, Whoever You Are urges us to accept our differences, to recognize our similarities, and-most importantly-to rejoice in both.

Meet Brian, the invisible boy. Nobody ever seems to notice him or think to include him in their group, game, or birthday party . . . until, that is, a new kid comes to class. When Justin, the new boy, arrives, Brian is the first to make him feel welcome. And when Brian and Justin team up to work on a class project together, Brian finds a way to shine.

A golden goose demonstrates the wealth of kindness.

A rabbit learns not to believe everything he hears.

Throughout the ages, moral tales have been passed down from one generation to the next. Centuries ago in China, hundreds of parables were told by the Buddha to his devoted followers. His messages became widespread through fables adapted by famous storytellers like Aesop and La Fontaine. In this collection, the author has chosen ten of the most engaging classic tales from the Buddha’s works. Compiled and illustrated by Demi, this wonderful collection of stories is sure to draw young readers into the ancient teachings of the Buddha, teachings that are as relevant today as they were over two thousand years ago.