NOMA’s Learning and Engagement team is excited to present monthly suggested reading lists for all ages, in partnership with Octavia Books. Direct links for ordering books are found in the listings below. This month’s selection focuses on Pride Month! 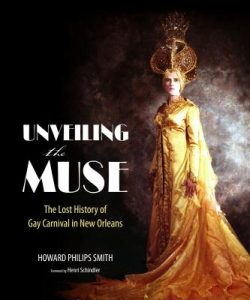 Unveiling the Muse: The Lost History of Gay Carnival in New Orleans by Howard Philips Smith

Gay krewes were first formed in the late 1950s, growing out of costume parties held by members of the gay community. Their tableau balls were often held in clandestine locations to avoid harassment. Even by the new millennium, gay Carnival remained a hidden and almost lost history. Much of the history and the krewes themselves were devastated by the AIDS crisis. Whether facing police raids in the 1960s or AIDS in the 1980s, the Carnival krewes always came back each season. A culmination of two decades of research, Unveiling the Muse positions this incredible story within its proper place as an amazing and important facet of traditional Carnival. 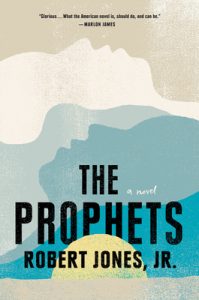 The Prophets by Robert Jones Jr.

Isaiah was Samuel’s and Samuel was Isaiah’s. That was the way it was since the beginning, and the way it was to be until the end. In the barn they tended to the animals, but also to each other, transforming the hollowed-out shed into a place of human refuge, a source of intimacy and hope in a world ruled by vicious masters. But when an older man—a fellow slave—seeks to gain favor by preaching the master’s gospel on the plantation, the enslaved begin to turn on their own. Isaiah and Samuel’s love, which was once so simple, is seen as sinful and a clear danger to the plantation’s harmony.

With a lyricism reminiscent of Toni Morrison, Robert Jones Jr. fiercely summons the voices of slaver and enslaved alike, from Isaiah and Samuel to the calculating slave master to the long line of women that surround them, women who have carried the soul of the plantation on their shoulders. As tensions build and the weight of centuries—of ancestors and future generations to come—culminates in a climactic reckoning, The Prophets masterfully reveals the pain and suffering of inheritance, but is also shot through with hope, beauty, and truth, portraying the enormous, heroic power of love. 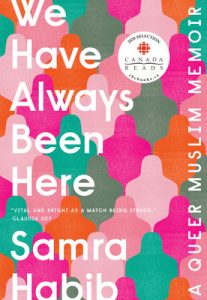 We Have Always Been Here by Samra Habib

Samra Habib has spent most of her life searching for the safety to be herself. As an Ahmadi Muslim growing up in Pakistan, she faced regular threats from Islamic extremists who believed the small, dynamic sect to be blasphemous. From her parents, she internalized the lesson that revealing her identity could put her in grave danger.

So begins an exploration of faith, art, love, and queer sexuality, a journey that takes her to the far reaches of the globe to uncover a truth that was within her all along. A triumphant memoir of forgiveness and family, both chosen and not, We Have Always Been Here is a rallying cry for anyone who has ever felt out of place and a testament to the power of fearlessly inhabiting one’s truest self. 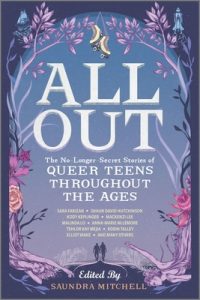 All Out: The No-Longer-Secret Stories of Queer Teens Throughout the Ages edited by Saundra Mitchell

All Out: The No-Longer-Secret Stories of Queer Teens Throughout the Ages edited by Saundra Mitchell
Inkyard Press, 2020, ISBN: 9781335146816

Seventeen young adult authors across the queer spectrum have come together to create a collection of beautifully written diverse historical fiction for teens. From a retelling of Little Red Riding Hood set in war-torn 1870s Mexico featuring a transgender soldier…to two girls falling in love while mourning the death of Kurt Cobain…to forbidden love in a sixteenth-century Spanish convent…and an asexual girl discovering her identity amid the 1970s roller-disco scene, All Out tells a diverse range of stories across cultures, time periods, and identities, shedding light on an area of history often ignored or forgotten. 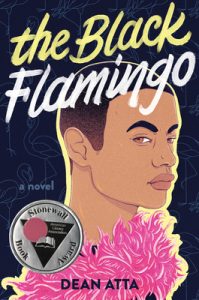 The Black Flamingo by Dean Atta

Michael is a mixed-race gay teen growing up in London. All his life, he’s navigated what it means to be Greek-Cypriot and Jamaican—but never quite feeling Greek or Black enough.

As he gets older, Michael’s coming out is only the start of learning who he is and where he fits in. When he discovers the Drag Society, he finally finds where he belongs—and the Black Flamingo is born.

Told with raw honesty, insight, and lyricism, this debut explores the layers of identity that make us who we are—and allow us to shine. 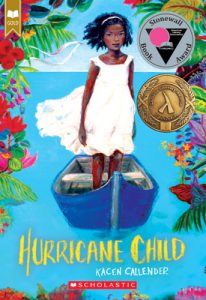 Caroline Murphy is a Hurricane Child. Being born during a hurricane is unlucky, and twelve-year-old Caroline has had her share of bad luck lately. She’s hated and bullied by everyone in her small school on St. Thomas of the US Virgin Islands, a spirit only she can see won’t stop following her, and—worst of all—Caroline’s mother left home one day and never came back. But when a new student named Kalinda arrives, Caroline’s luck begins to turn around. Kalinda, a solemn girl from Barbados with a special smile for everyone, becomes Caroline’s first and only friend—and the person for whom Caroline has begun to develop a crush. Now, Caroline must find the strength to confront her feelings for Kalinda, brave the spirit stalking her through the islands, and face the reason her mother abandoned her. Together, Caroline and Kalinda must set out in a hurricane to find Caroline’s missing mother—before Caroline loses her forever. 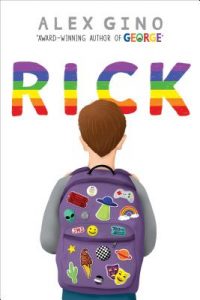 Rick’s never questioned much. He’s gone along with his best friend Jeff even when Jeff’s acted like a bully and a jerk. He’s let his father joke with him about which hot girls he might want to date even though that kind of talk always makes him uncomfortable. And he hasn’t given his own identity much thought, because everyone else around him seemed to have figured it out.

But now Rick’s gotten to middle school, and new doors are opening. One of them leads to the school’s Rainbow Spectrum club, where kids of many genders and identities congregate, including Melissa, the girl who sits in front of Rick in class and seems to have her life together. Rick wants his own life to be that…understood. Even if it means breaking some old friendships and making some new ones.

As they did in their groundbreaking novel George, in Rick, award-winning author Alex Gino explores what it means to search for your own place in the world…and all the steps you and the people around you need to take in order to get where you need to be. 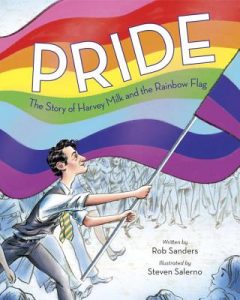 Pride: The Story of Harvey Milk and the Rainbow Flag by Rob Sanders

In this deeply moving and empowering true story, young readers will trace the life of the Gay Pride Flag, from its beginnings in 1978 with social activist Harvey Milk and designer Gilbert Baker to its spanning of the globe and its role in today’s world. Award-winning author Rob Sanders’s stirring text, and acclaimed illustrator Steven Salerno’s evocative images, combine to tell this remarkable—and undertold—story. A story of love, hope, equality, and pride. 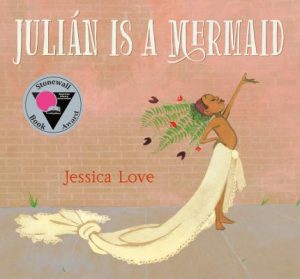 Julián Is a Mermaid by Jessica Love

While riding the subway home from the pool with his abuela one day, Julián notices three women spectacularly dressed up. Their hair billows in brilliant hues, their dresses end in fishtails, and their joy fills the train car. When Julián gets home, daydreaming of the magic he’s seen, all he can think about is dressing up just like the ladies in his own fabulous mermaid costume: a butter-yellow curtain for his tail, the fronds of a potted fern for his headdress. But what will Abuela think about the mess he makes—and even more importantly, what will she think about how Julián sees himself? Mesmerizing and full of heart, Jessica Love’s author-illustrator debut is a jubilant picture of self-love and a radiant celebration of individuality.

We appreciate any questions or feedback about NOMA’s suggested reading lists. Please feel welcome to contact us at education@noma.org.