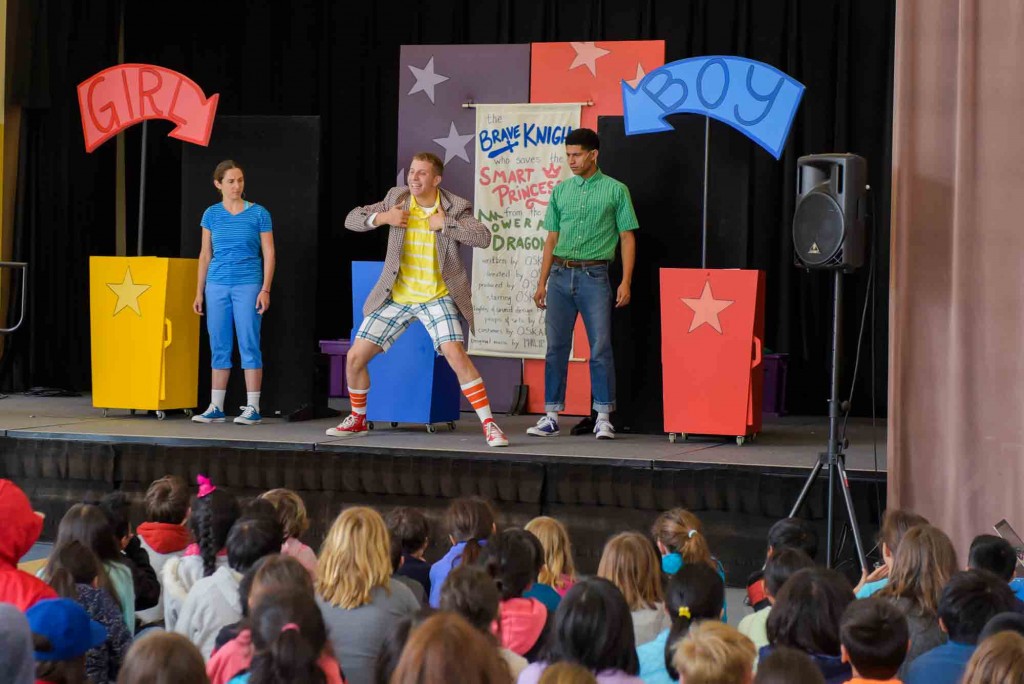 TheatreWorks Silicon Valley staged the world premiere, pictured here, of Oskar and the Countless Costume Changes, a play for children by Prince Gomovilas and Matt Ackels. The NOLA Project will give the play a fresh staging at NOMA in March 2017.

NOMA and The NOLA Project will team up to bring The Oskar Plays to New Orleans every Saturday in March at 1 p.m. This nationally acclaimed series of live shows for young audiences explores relevant and challenging subject matter, such as bullying, resilience and grit, diversity, and gender stereotypes.

Developed by TheatreWorks Silicon Valley, the plays have toured to hundreds of elementary schools over the past ten years, reaching thousands of children across the country.

A new Oskar play, Oskar and the Countless Costume Changes, opens the conversation about gender roles and identity for young New Orleans audiences. The play uses many storytelling approaches—humor, fun costume changes, and audience interaction—to provide important lessons on empathy and the complexities of gender expression. Writers Prince Gomovilas and Matt Ackels hope the play will help prepare kids to think about the world in an open and empathetic way.

Since 2006, NOMA has collaborated with The NOLA Project to present plays in the museum and sculpture garden. With The Oskar Plays, the two institutions open a fresh chapter.

“NOMA is delighted to expand its existing partnership with The NOLA Project to include performances specifically designed for younger audiences. As the museum looks for creative ways to engage families and children, this addition to the programming lineup is an ideal fit,” said Allison Reid, Deputy Director for Interpretation and Audience Engagement.

“I am over the moon about our education department partnering with NOMA to help enhance artistic opportunities for young audiences in New Orleans,” he said. “This project will offer multigenerational audiences a significant experience in the theater that is not only fun but meaningful and relevant.”

The play is intended for audiences ages 5 and up.

Admission: $10 | Adults $5 | Children Advance admission can be purchased at nolaproject.com or at the door.

The NOLA Project at NOMA

Since 2006, The NOLA Project has staged works both indoors at NOMA and in the adjacent sculpture garden. Click on the images below to get a closer look at the company in action.