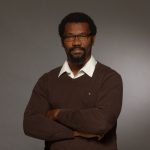 NEW ORLEANS, LA— Susan M. Taylor, the Montine McDaniel Freeman Director at the New Orleans Museum of Art (NOMA), has announced the appointment of Ndubuisi C. Ezeluomba, PhD. as the Françoise Billion Richardson Curator of African Art. Ezeluomba, who will begin his work at NOMA August 1, 2018, will oversee and manage NOMA’s significant collection of traditional African art, which is considered one of the most important in a public museum in the United States.

“Ndubuisi has distinguished himself as an accomplished scholar in his field. His extensive curatorial, research, and teaching experience highlights his true passion for African art,” said Susan Taylor, director of NOMA. “His scholarly and curatorial projects clearly demonstrate his wide-ranging experience in the history of African art, as well as the contemporary arts of Africa. We are delighted to welcome Ndubuisi to NOMA.”

Originally from Benin City, Nigeria, Ezeluomba comes to NOMA from the Virginia Museum of Fine Arts in Richmond, where he was the Andrew W. Mellon Curatorial Research Specialist in African Art. In this role, Ezeluomba collaborated with the institution’s conservation department to probe beneath the surface of the objects in the museum’s collection. Before his time in Virginia, Ezeluomba served as a consultant on the Elusive Spirits: African Masquerades exhibition at the Harn Museum of Art at the University of Florida, and worked on the Harn Museum curatorial team that produced Kongo Across the Waters, examining 500 years of cultural exchange between the Kongo, Europe, and the United States, showing the rise of Kongo as a major Atlantic presence and the transmission of Kongo culture through the transatlantic slave trade into American art. The exhibition was also shown at NOMA in 2015.

Ezeluomba received a Ph.D. in Art History from the University of Florida, Gainesville, specializing in historic African shrines. His dissertation, entitled Olokun Shrines: Their Functions in the Culture of the Benin Speaking People of Southern Nigeria, earned him the University of Florida Graduate School Doctoral Dissertation Award in 2017. Ezeluomba received his B.A. in Fine and Applied Arts from the University of Benin, and graduated from the University of Ibadan in Nigeria, where his master’s thesis focused on the contemporary Nigerian artist Obi Ekwenchi. Ezeluomba has contributed to multiple publications and journals, including Routledge Encyclopedia of African Studies, Agents of Space: Eighteenth-Century Art, Architecture and Visual Culture; Routledge Encyclopedia of Modernism; Black Art Quarterly; and has presented at numerous international conferences.

About NOMA and the Sydney and Walda Besthoff Sculpture Garden
The New Orleans Museum of Art, founded in 1910 by Isaac Delgado, houses nearly 40,000 art objects encompassing 5,000 years of world art. Works from the permanent collection, along with continuously changing special exhibitions, are on view in the museum’s 46 galleries Fridays from 10 AM to 9 PM; Tuesdays, Wednesdays, and Thursdays from 10 AM to 6 PM; Saturdays from 10 AM to 5 PM and Sundays from 11 AM to 5 PM. NOMA offers docent-guided tours at 1 PM every Tuesday – Sunday. The adjoining Sydney and Walda Besthoff Sculpture Garden features work by over 60 artists, including several of the 20th century’s master sculptors. The Sculpture Garden is open seven days a week: 9 AM to 6 PM. The New Orleans Museum of Art and the Besthoff Sculpture Garden are fully accessible to handicapped visitors and wheelchairs are available from the front desk. For more information about NOMA, call (504) 658-4100 or visit www.noma.org. Museum admission is free on Wednesdays for Louisiana residents, courtesy of The Helis Foundation. Teenagers (ages 13-19) receive free admission every day through the end of the year, courtesy of The Helis Foundation.