Mending the Sky, on view through January 31, 2021, is an exhibition of works by eleven contemporary artists who envision a world recovering from calamity. Jackie DeBlieux, Museum Retail Manager, and Katie Pfohl, Curator of Modern and Contemporary Art, asked these artists to suggest titles for a recommended reading list.  Included here are books that they have found particularly engaging during this time, or that shine a light on current conversations surrounding social justice and its role in art.  All books are available in-store or online at the NOMA Museum Shop. 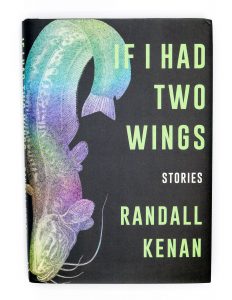 If I Had Two Wings by Randall Kenan

In Randall Kenan’s fictional territory of Tims Creek, North Carolina, an old man rages in his nursing home, a parson beats up an adulterer, a rich man is haunted by a hog, and an elderly woman turns unwitting miracle worker. A retired plumber travels to Manhattan, where Billy Idol sweeps him into his entourage. An architect who lost his famous lover to AIDS reconnects with a high-school fling. Howard Hughes seeks out the woman who once cooked him butter beans. Shot through with humor and seasoned by inventiveness and maturity, Kenan riffs on appetites of all kinds, on the eerie persistence of history, and on unstoppable lovers and unexpected salvations. If I Had Two Wings is a rich chorus of voices and visions, dreams and prophecies, marked by physicality and spirit. Kenan’s prose is nothing short of wondrous. 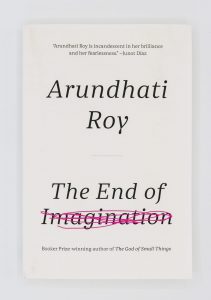 The End of Imagination by Arundhati Roy

The End of Imagination brings together five of Arundhati Roy’s acclaimed books of essays into one comprehensive volume for the first time and features a new introduction by the author.

This new collection begins with her pathbreaking book The Cost of Living—published soon after she won the Booker Prize for her novel The God of Small Things—in which she forcefully condemned India’s nuclear tests and its construction of enormous dam projects that continue to displace countless people from their homes and communities. The End of Imagination also includes her nonfiction works Power Politics, War Talk, Public Power in the Age of Empire, and An Ordinary Person’s Guide to Empire, which include her widely circulated and inspiring writings on the U.S. invasions of Afghanistan and Iraq, the need to confront corporate power, and the hollowing out of democratic institutions globally. 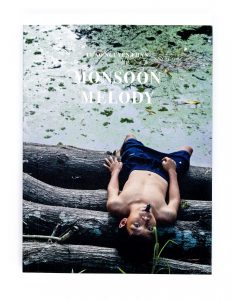 Thao Nguyen Phan is a featured artist in Mending the Sky 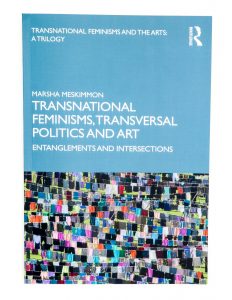 This first volume in Marsha Meskimmon’s powerful and timely trilogy focuses on some of the central political challenges of our era, including war, migration, ecological destruction, sexual violence and the return of neo-nationalism. It argues that transnational feminisms and the arts can play a pivotal role in forging the solidarities and epistemic communities needed to create social, economic and ecological justice on a world scale. Transnational feminisms and the arts provide a vital space for knowing, imagining and inhabiting – earth-wide and otherwise. The chapters in this book each take their lead from a current matter of political significance that is central to transnational feminist activist organizing and has been explored through the arts in ways that permit dialogues across geopolitical borders to take place. Including examples of artwork in full colour, this is essential reading for students and researchers in art history, theory and practice, visual culture studies, feminism and gender studies, political theory and cultural geography. 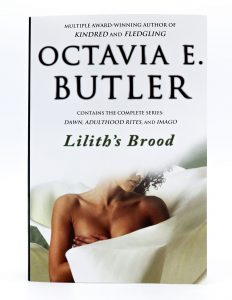 The acclaimed trilogy that comprises Lilith’s Brood is Hugo and Nebula award-winner Octavia E. Butler at her best. Presented for the first time in one volume with an introduction by Joan Slonczewski, Ph.D., Lilith’s Brood is a profoundly evocative, sensual — and disturbing — epic of human transformation. Lilith Iyapo is in the Andes, mourning the death of her family, when war destroys Earth. Centuries later, she is resurrected — by miraculously powerful unearthly beings, the Oankali. Driven by an irresistible need to heal others, the Oankali are rescuing our dying planet by merging genetically with mankind. But Lilith and all humanity must now share the world with uncanny, unimaginably alien creatures: their own children. 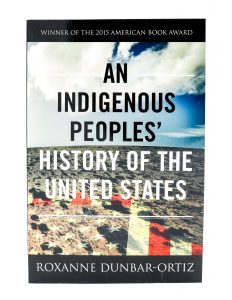 Today in the United States, there are more than five hundred federally recognized Indigenous nations comprising nearly three million people, descendants of the fifteen million Native people who once inhabited this land. The centuries-long genocidal program of the US settler-colonial regimen has largely been omitted from history. Now, for the first time, acclaimed historian and activist Roxanne Dunbar-Ortiz offers a history of the United States told from the perspective of Indigenous peoples and reveals how Native Americans, for centuries, actively resisted expansion of the U.S. empire. In An Indigenous Peoples’ History of the United States, Dunbar-Ortiz adroitly challenges the founding myth of the United States and shows how policy against the Indigenous peoples was colonialist and designed to seize the territories of the original inhabitants, displacing or eliminating them. And as Dunbar-Ortiz reveals, this policy was praised in popular culture, through writers like James Fenimore Cooper and Walt Whitman, and in the highest offices of government and the military. Shockingly, as the genocidal policy reached its zenith under President Andrew Jackson, its ruthlessness was best articulated by U.S. Army general Thomas S. Jesup, who, in 1836, wrote of the Seminoles: “The country can be rid of them only by exterminating them.” Spanning more than four hundred years, this classic bottom-up peoples’ history radically reframes U.S. history and explodes the silences that have haunted our national narrative.