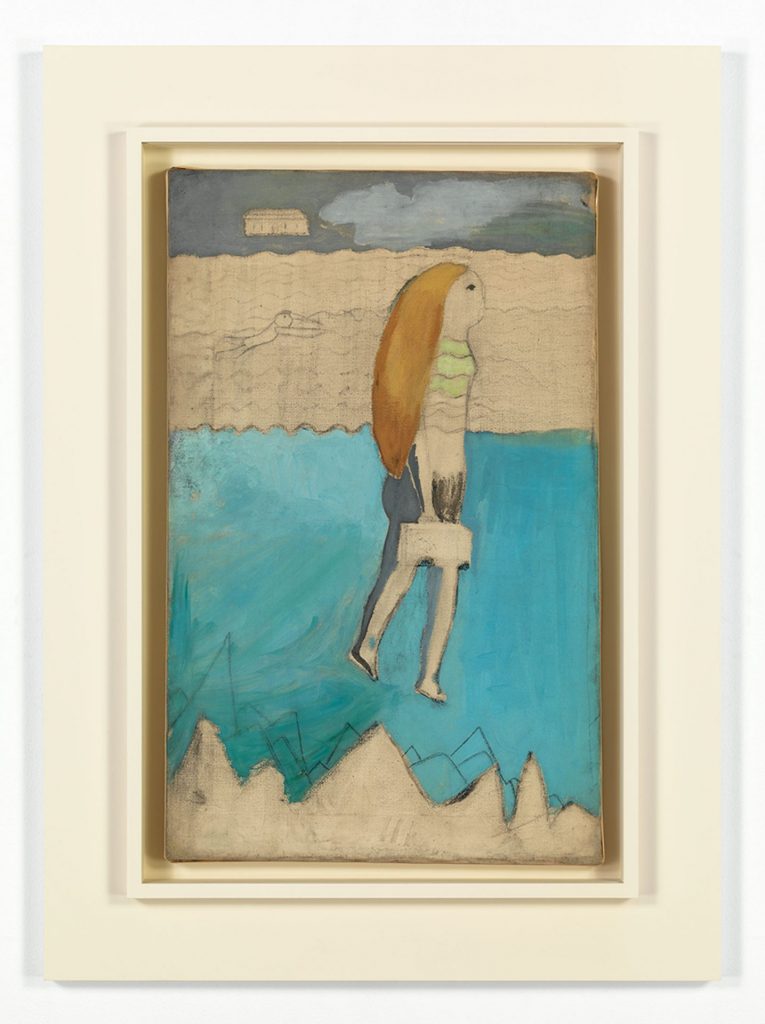 Louise Bourgeois: Paintings Opens at NOMA on September 9
This is the first comprehensive exhibition of the renowned artist’s paintings

NEW ORLEANS – Opening next month at NOMA, Louise Bourgeois: Paintings is the first in-depth presentation of paintings by the celebrated artist. Recognized as one of the most prominent sculptors of the 20th century, Louise Bourgeois (b. Paris, 1911–d. New York, 2010) was also a prolific painter at the beginning of her career. This exhibition looks closely at Bourgeois’s paintings produced between her arrival in New York in 1938 and her turn toward other media around 1949—and recognizes artistic themes that resonate throughout her work. Louise Bourgeois: Paintings is on view September 9, 2022–January 1, 2023.

“Louise Bourgeois is one of the most celebrated artists of the past century, but her visionary paintings remain unknown to many. NOMA is pleased to partner with the Metropolitan Museum of Art to bring this extraordinary collection of early works to New Orleans,” said Susan Taylor, Montine McDaniel Freeman Director of NOMA. “Bourgeois’s monumental Spider is a beloved work in NOMA’s Besthoff Sculpture Garden, and we are delighted to be able to present visitors with an even fuller picture of the masterful artist who created it.”

Organized by Clare Davies, Associate Curator in the Department of Modern and Contemporary Art at New York’s Metropolitan Museum of Art, Louise Bourgeois: Paintings offers a rare opportunity to see a collection of over 40 early works by Bourgeois, and offers an insightful context to the artist’s sculptures.

“These paintings give an intimate look at a personal, visual language that Bourgeois returned to throughout her life,” said Russell Lord, Freeman Family Curator of Photographs, Prints, and Drawings at NOMA. “The images, motifs, and themes in this exhibition lay the groundwork for Bourgeois’s unmistakable artistic voice.”

Many of the works in Louise Bourgeois: Paintings can be understood as self-portraits and suggest the artist’s feelings of displacement upon her relocation to the United States just before World War II. Featured in Bourgeois’s first solo exhibition, The Runaway Girl, ca. 1938, is one of the earliest works on view and underscores the anxiety she felt after separating from her native France. The Femme Maison series, 1946–47, plays on the French phrase for “housewife,” depicting hybrid woman-house compositions in which the female figure is obscured and confined by the architecture constructed around her. Also on view are four important sculptures that demonstrate the relationships between Bourgeois’s work across media. Finally, a group of related photographs provide context for the artist’s life and work during this period.

Louise Bourgeois: Paintings is organized by the Metropolitan Museum of Art, New York. The presentation in New Orleans is sponsored by the Eugenie and Joseph Jones Family Foundation and Harvey and Marie Orth.

The New Orleans Museum of Art, founded in 1910 by Isaac Delgado, houses more than 40,000 works of art encompassing 5,000 years of history. Works from the permanent collection, along with continuously changing special exhibitions, are on view in the museum’s 46 galleries. The adjoining Sydney and Walda Besthoff Sculpture Garden features more than 90 sculptures, including works from several 20th and 21st-century master sculptors, and is free and open to the public seven days a week. The New Orleans Museum of Art and the Besthoff Sculpture Garden are fully accessible to visitors with disabilities. Wheelchairs are available from the front desk. Museum admission is free on Wednesdays for Louisiana residents, courtesy of The Helis Foundation. Children 12 and under receive free admission. Teenagers (ages 13–19) receive free admission courtesy of The Helis Foundation.