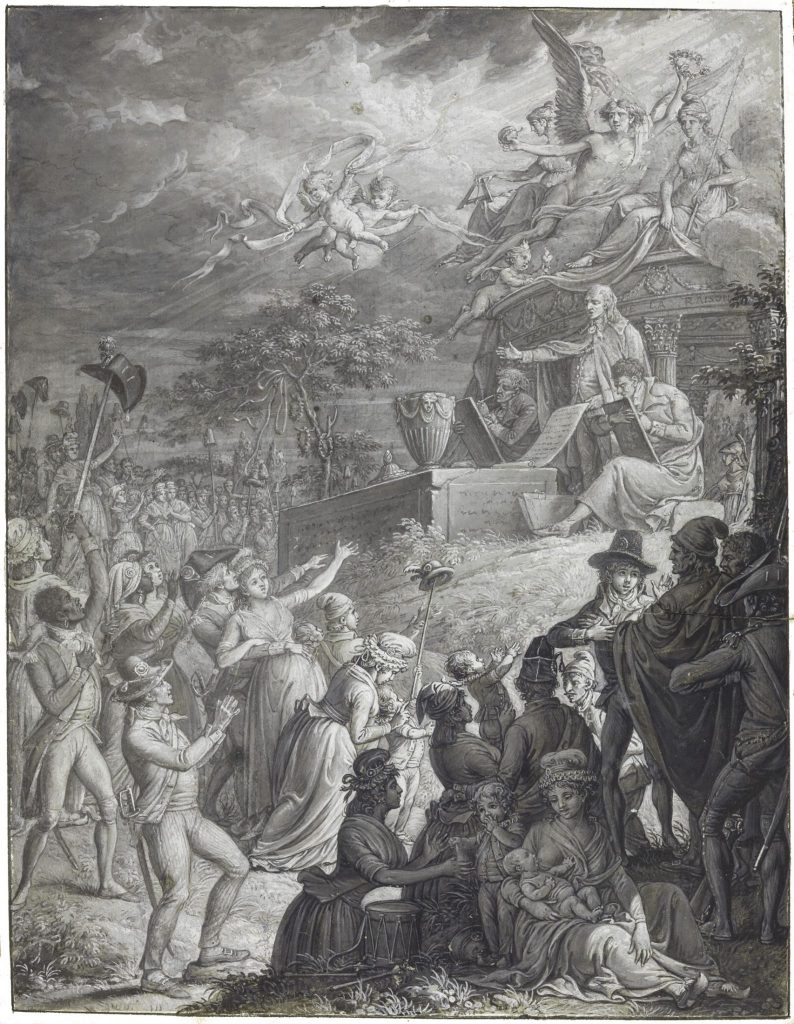 The Age of Revolutions in France (1789–1870) was defined by political instability. In less than a century, wars and violent uprisings provoked radical changes in regime, from monarchy to republic to empire.

Paper Revolutions: French Drawings from the New Orleans Museum of Art traces the politics of draftsmanship in the eighteenth and nineteenth centuries. This selection features works on paper by celebrated painters Jacques-Louis David, Jean-Auguste-Dominique Ingres, and Eugène Delacroix, as well as lesser-known artists, such as Nicolas Lejeune.

Paper Revolutions is organized by the New Orleans Museum of Art and is supported by Jason P. Waguespack and the Zemurray Foundation. 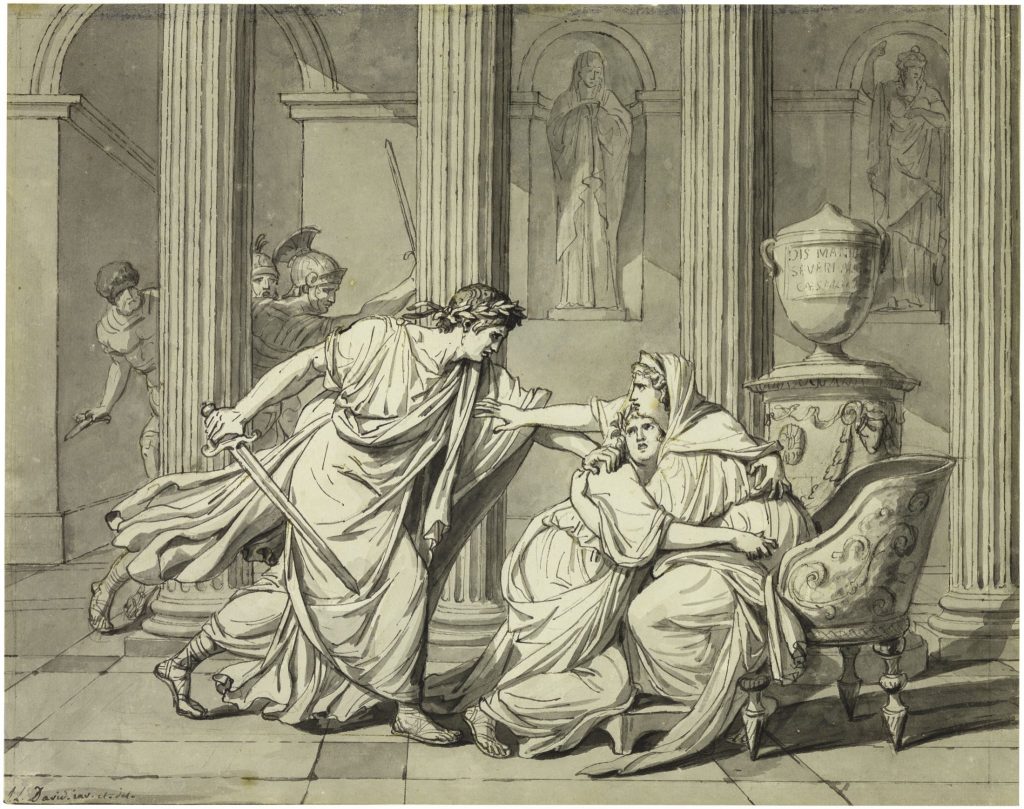 Gray ink and wash on paper

Rejoicing at the announcement of the abolition of slavery, 30 Pluviôse, Year II / 18 February 1794

India ink and gouache on paper 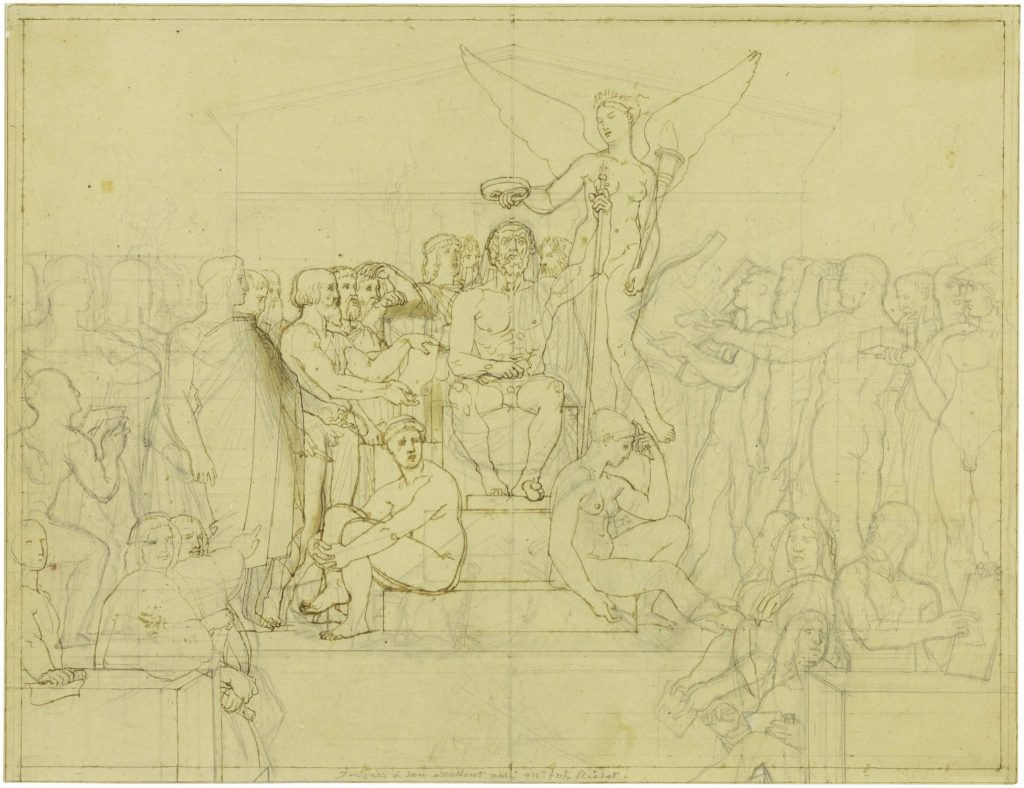 Study for Apotheosis of Homer

Graphite, pen and ink on paper