From the early nineteenth century onward, Louisiana’s dense forests and tangled, impenetrable swamplands—branded as Acadie, or Acadia—represented the apotheosis of the American fascination with the untamed wilderness, resulting in landscape paintings that brought American art into conversation with a new type of landscape as well as Louisiana’s complicated political terrain. Painters, poets and writers of the period envisioned Louisiana’s enigmatic natural scenery at once as a paradise shrouded in the “glamour of romance,” and as a place profoundly marked by the forces of history at the time. In 1847, Henry Wadsworth Longfellow made Louisiana’s landscape the stuff of myth and legend in his epic poem A Tale of Acadie, calling Louisiana “a country that is not of this world.”

▶ PURCHASE THE CATALOG THROUGH THE MUSEUM SHOP

Inventing Acadia: Painting and Place in Louisiana is organized by the New Orleans Museum of Art and is sponsored by Hyatt Regency New Orleans, the Eugenie and Joseph Jones Family Foundation, The Robert Lehman Foundation, New Orleans & Company, New Orleans Tourism Marketing Corporation, Bill and Martha Gunther, Robert J.A. and Norris S.L. Williams, Delta Airlines, Neal Auction Company, Sally E. Richards and Amanda Winstead Fine Art. This project is supported in part by an award from the National Endowment for the Arts. The accompanying publication is made possible by Roger Ogden and Ken Barnes. Research for this exhibition was supported by the Terra Foundation for American Art.

Collection of Stacy and Jay Underwood 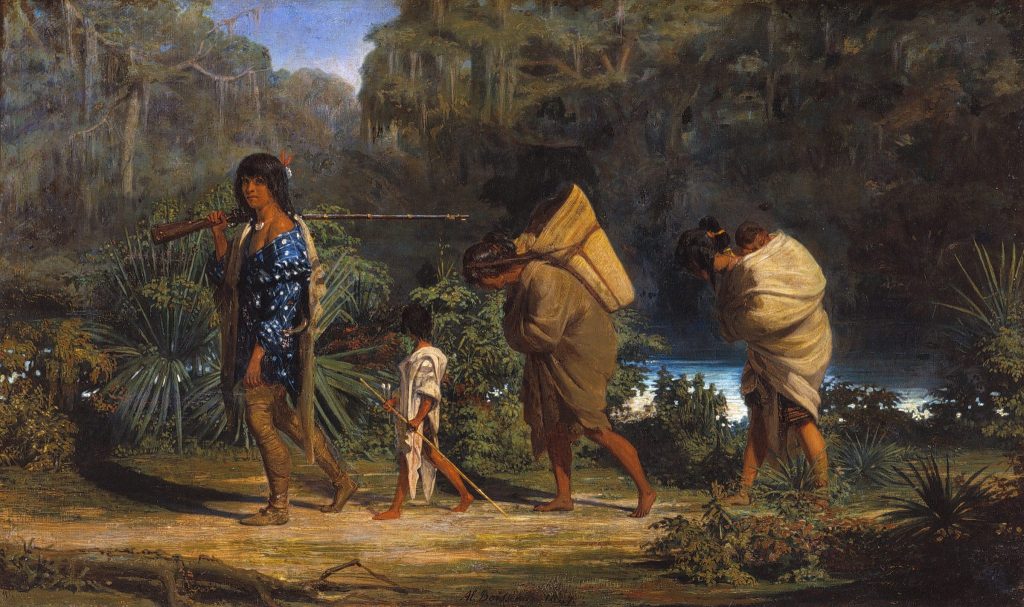 Louisiana Indians Walking Along a Bayou 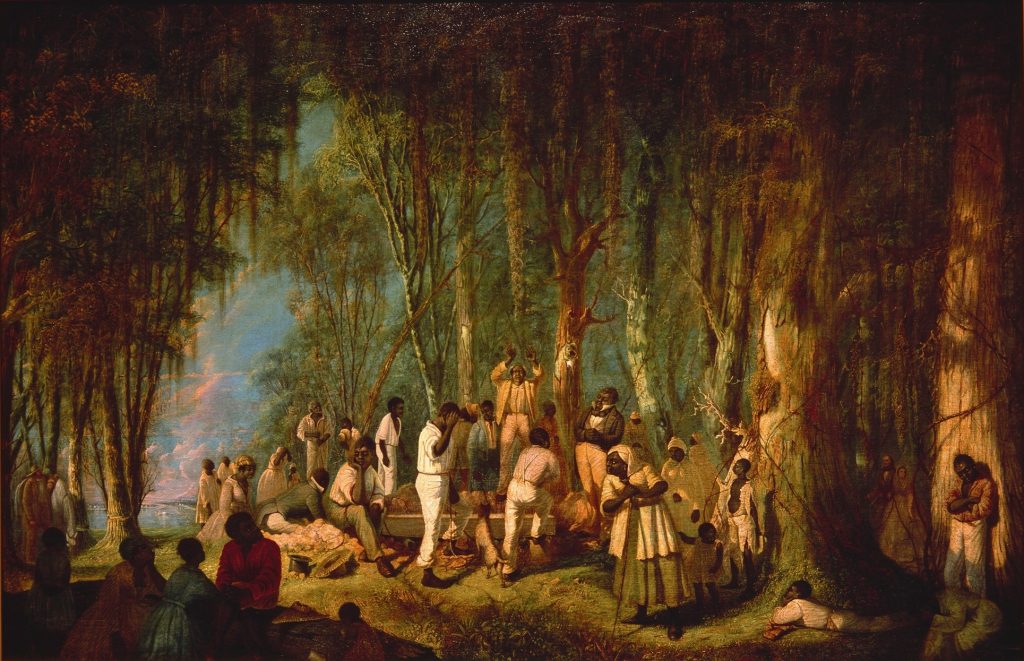 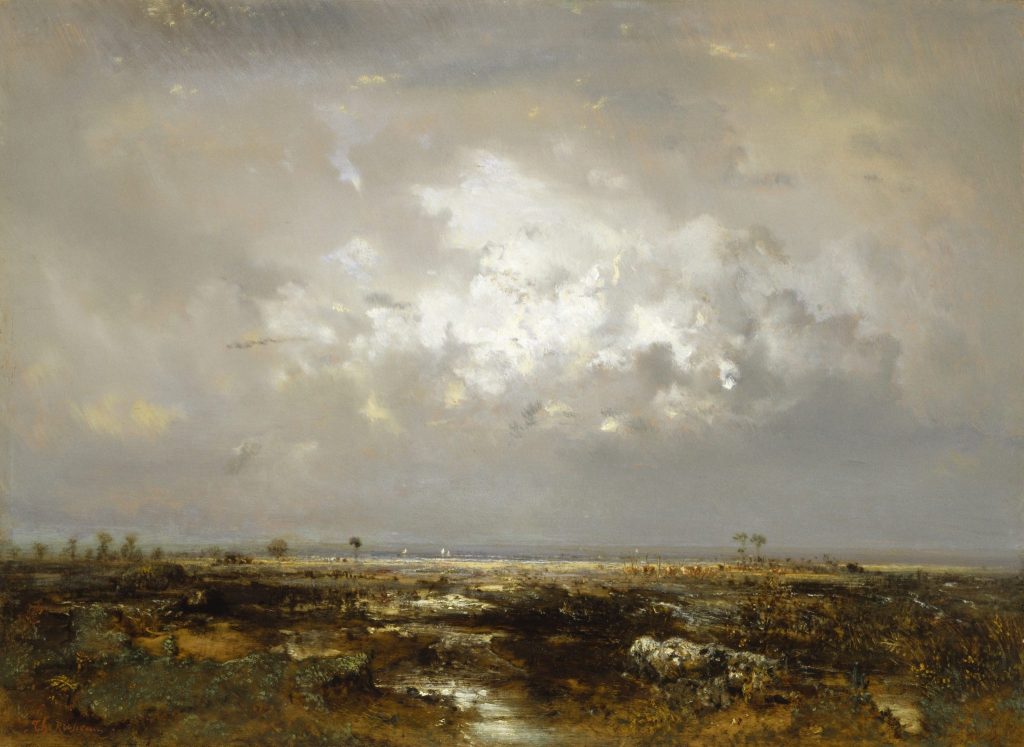 A Swamp in the Landes 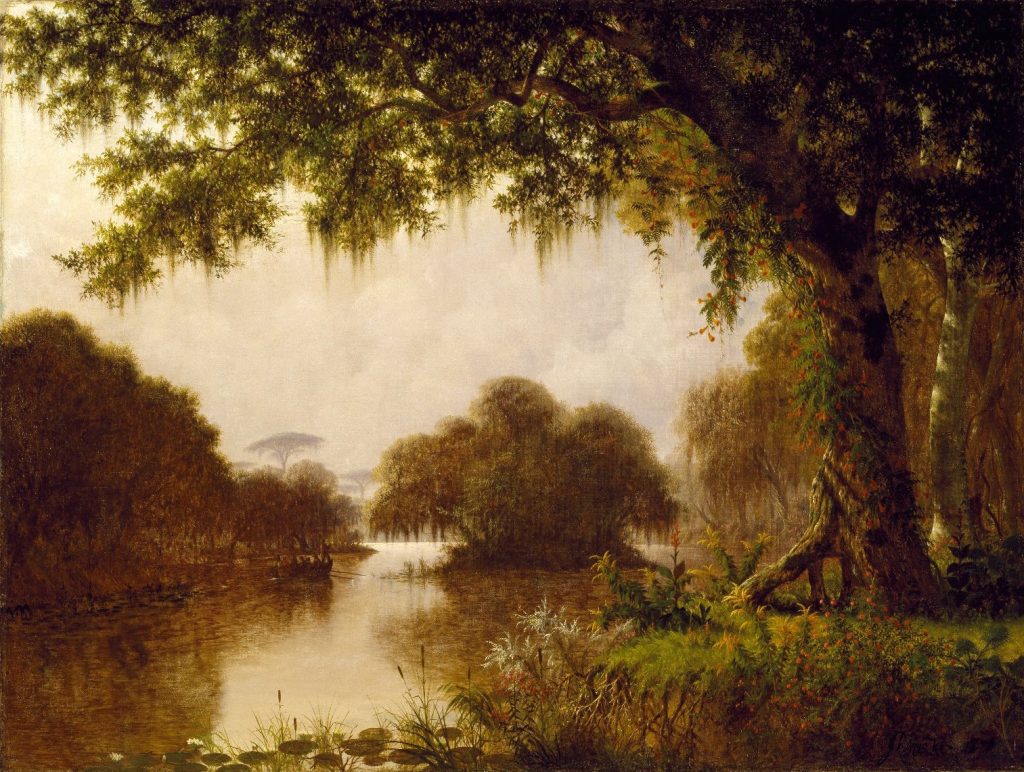 The Acadians in the Atchafalaya, “Evangeline” 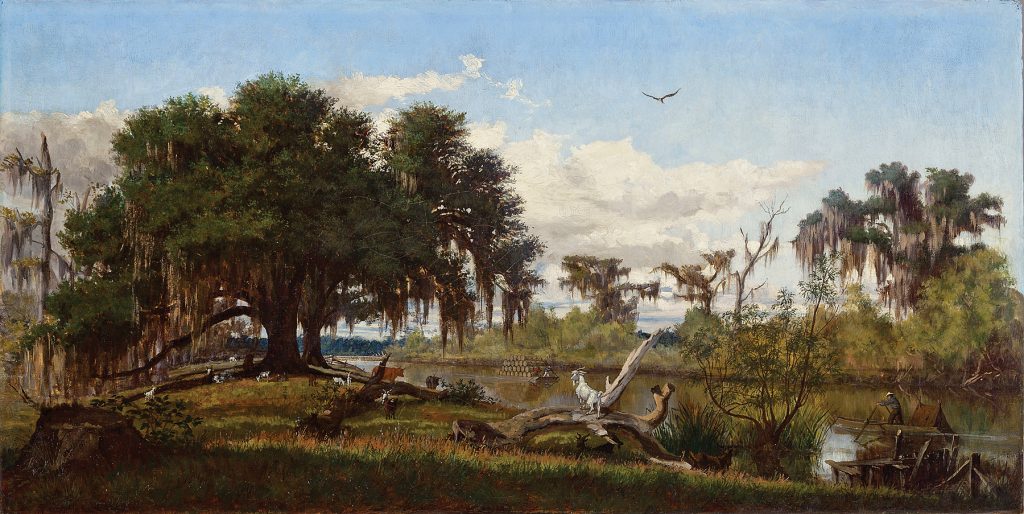 Life Along a Louisiana Bayou 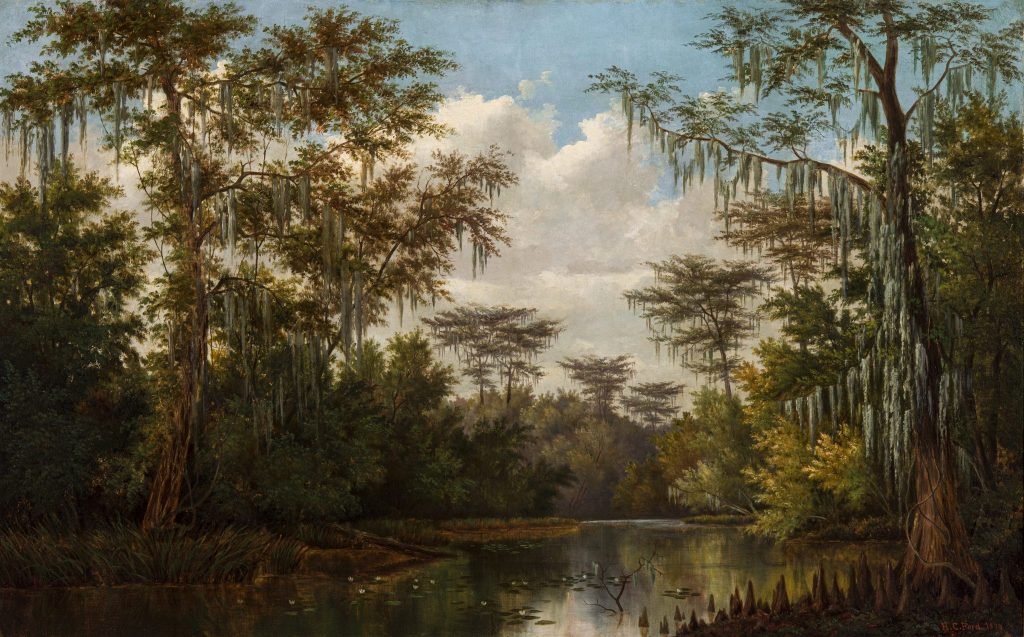 Collection of Fred and Jennifer Hebee 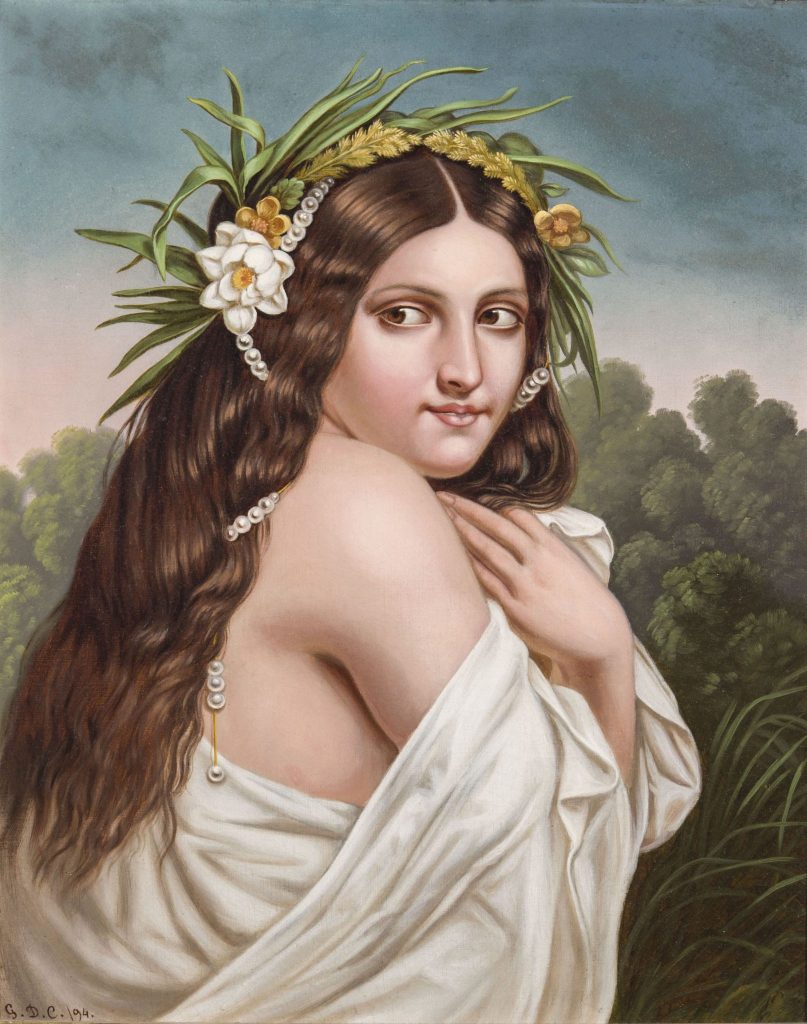 Inventing Acadia: Painting and Place in Louisiana, on view from November 16, 2019, through January 26, 2020, explores the rise of landscape painting in Louisiana during the 19th century, revealing its role in creating—and exporting—a new vision for American landscape art that was vastly different than that to be found in the rest of the United States. Read More