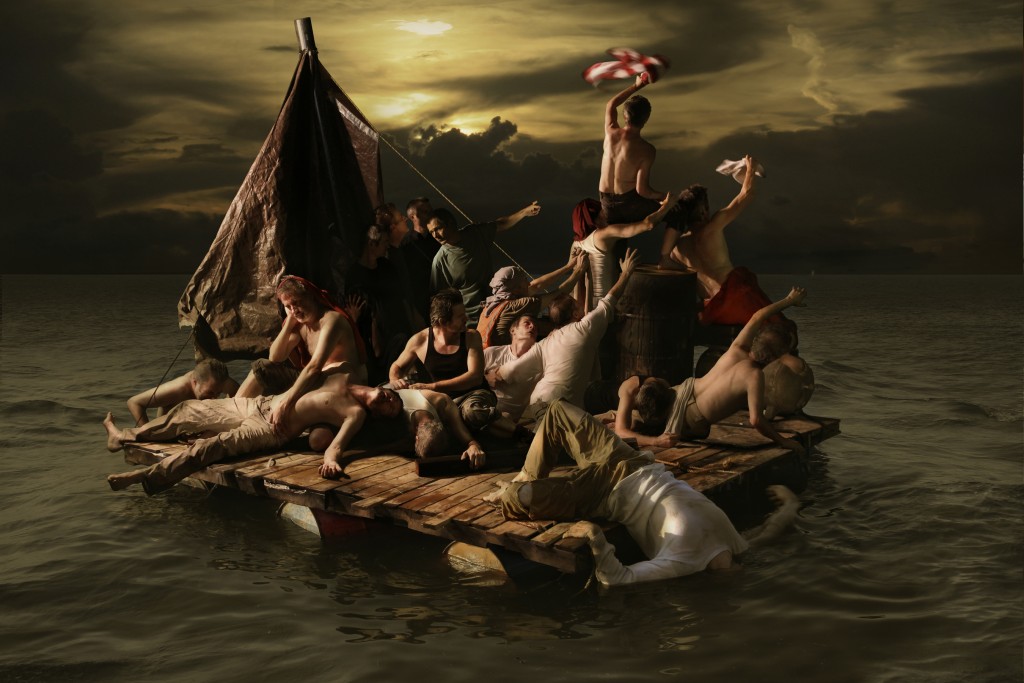 G.A.S. is a New Orleans-based collaboration of Tony Campbell and Matt Vis. The duo have been blending history and humor with critique for the past 10 years. London-born Campbell and Virginia-born Vis have exhibited in New York, London and New Orleans. They have toured nationally and internationally as the “Art Cops” or “International Art Police,” distributing citations as a form of artistic critique. There was an inspection of NOMA by the International Art Police on Wednesday, January 12, 2011 at 6 p.m.

Déjà Vu All Over Again: Generic Art Solutions referred to the frustration in Louisiana that disasters seem to repeat themselves. The exhibition featured many mediums including photography, video, sculpture and silkscreen painting.

Example: The G.A.S. adaptation of Theodore Gericault’s Raft of the Medusa (originally painted 1818-19), which depicts lives needlessly lost at sea under the restored French monarchy, is fused with the tragedy of the 11 men who died during the Gulf oilrig explosion of April 2010. Parallel stories of anguish, waste and mismanagement are blended into a timeless panorama on human fallibility. 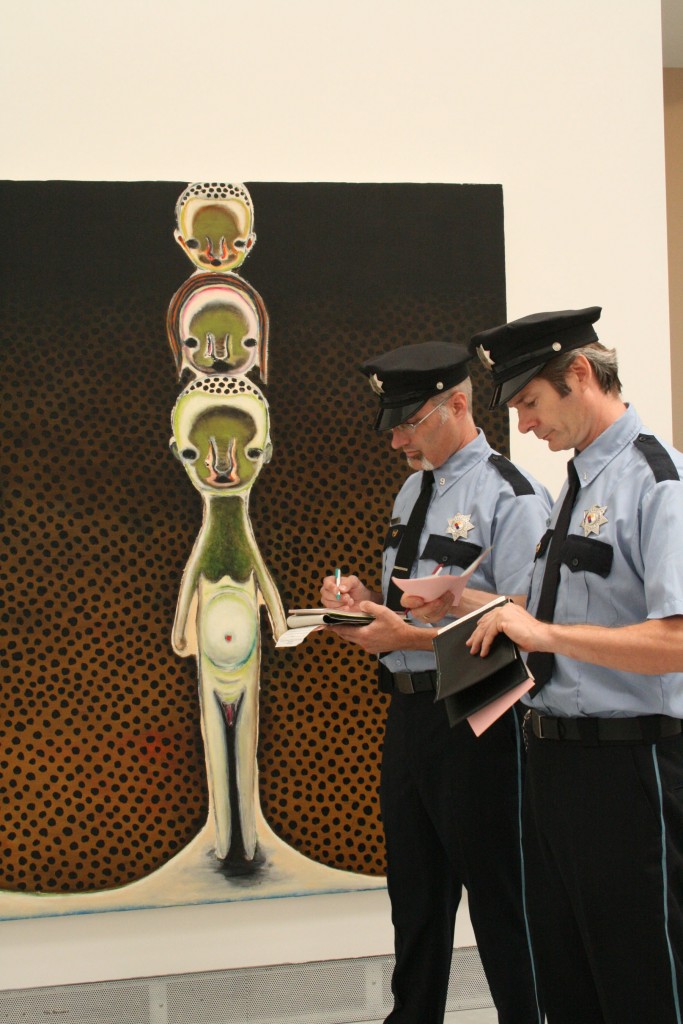 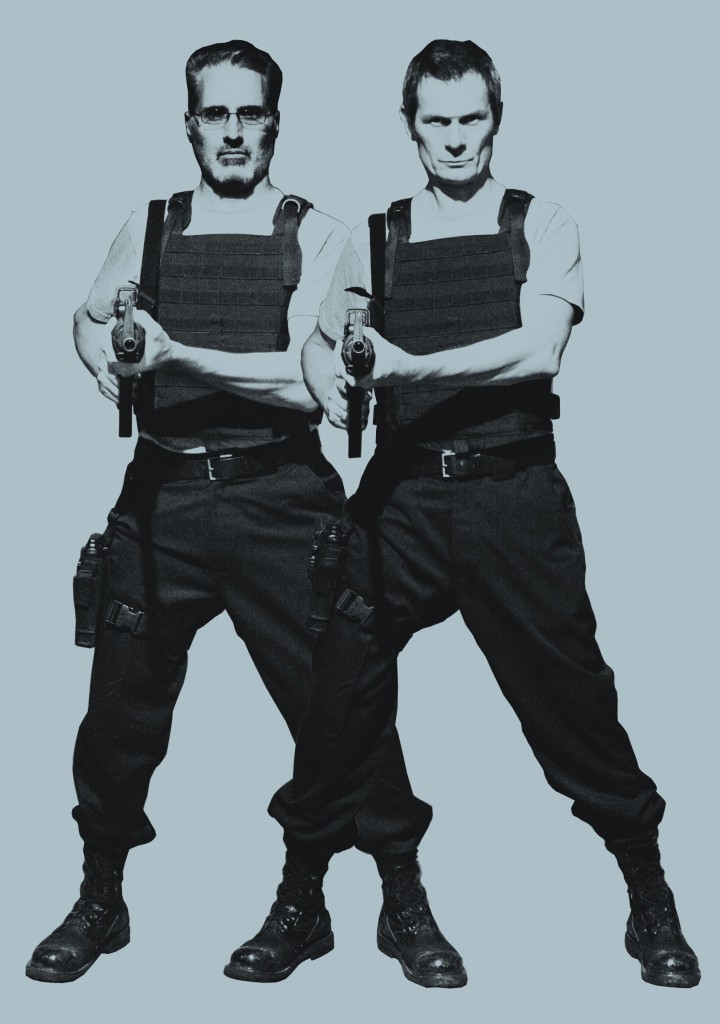 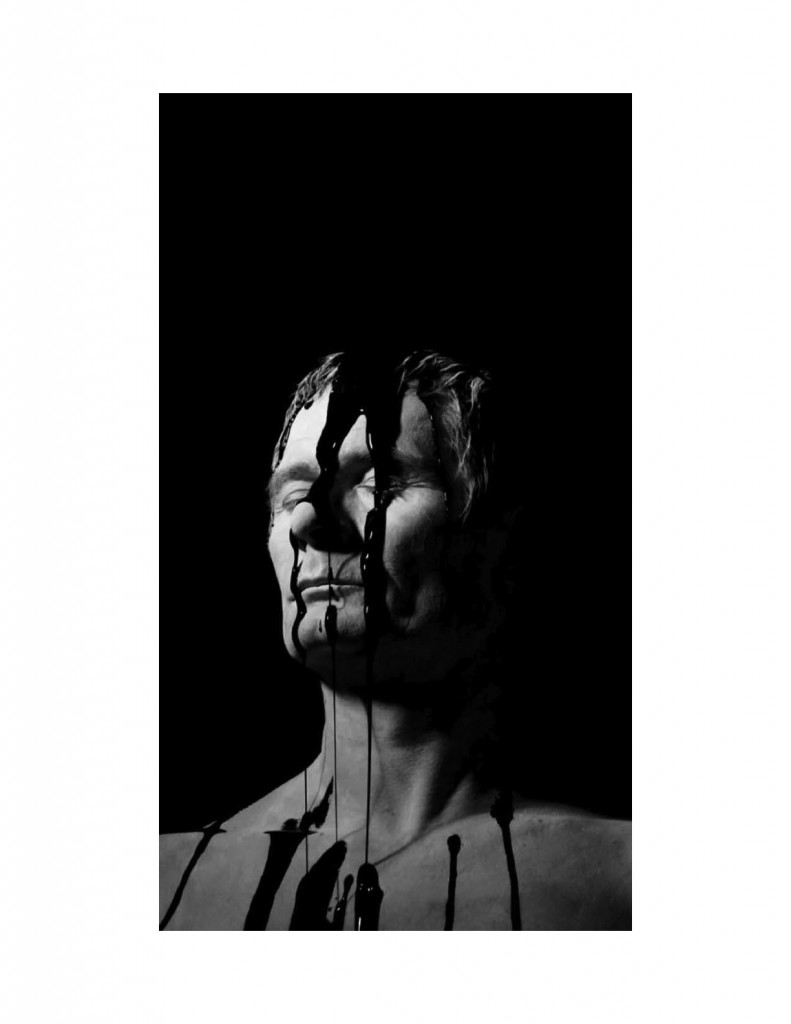