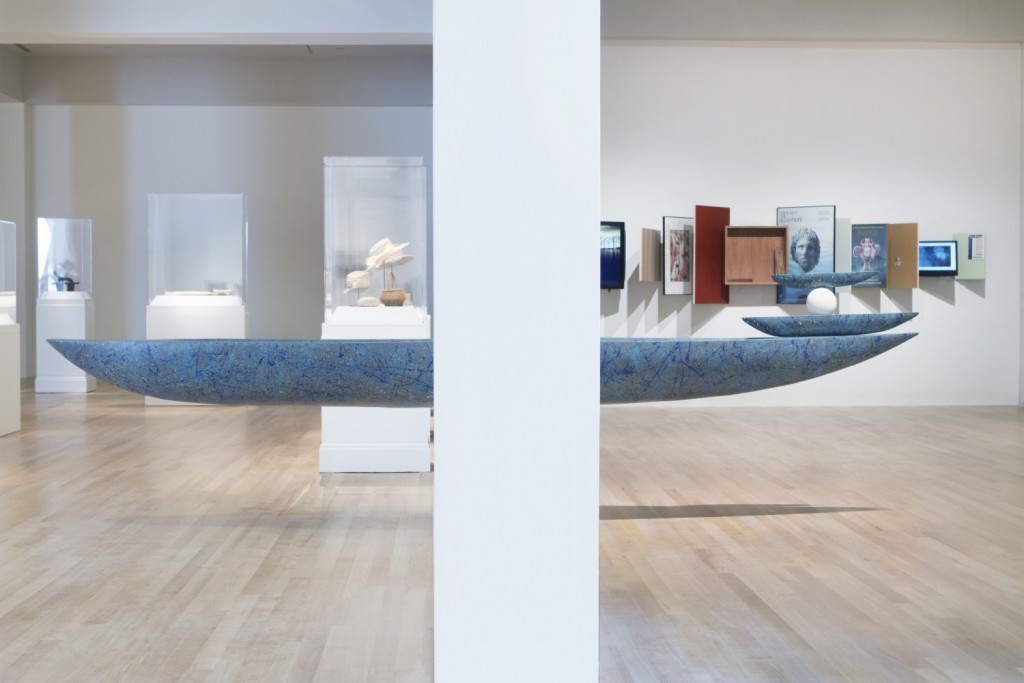 The New Orleans Museum of Art is pleased to debut the first U.S. solo exhibition this fall by French artist Camille Henrot (born 1978, lives in New York), recipient of the 2013 Venice Biennale Silver Lion for promising young artist. The exhibition Camille Henrot: Cities of Ys delves deeply into the unique history and culture of southern Louisiana.

Henrot often uses a constellation of images from both academic and popular sources to connect origin myths with contemporary culture. In her installation at The New Orleans Museum of Art she will draw a parallel between the legendary, submerged city of Ys in Brittany, France (where her family is from), and the disappearing wetlands occupied by the Houma Indians, a tribe located in Louisiana that historically speaks Houma French, a combination of seventeenth-century French and ancestral Houma, a West Muskogean language.

For her exhibition, Cities of Ys, Henrot will create a combination of video and sculptural works that explore the fluidity of legends and cultures. Henrot was attracted to the Houma Indians both for their connection to her native language and for the tribe’s resistance to the homogenization and institutionalization of their culture. Today, the Houma tribe is seeking to become a federally recognized tribe by the United States government, along with many other Native American tribes. However, part of their struggle is to prove their Native American status, which is complicated by the fact the land where the Houma people reside is scattered by waterways (complicating the demarcation of “native lands”). Additionally, through the past centuries they were a peaceful tribe and did not go to war with the United States army or its colonists. As a result, the tribe does not have any past treaties with the U.S. government. Henrot’s project is in part a critique of the process of how culture is evaluated, particularly by members outside of a community.

Seeking to tie together two cultures, the Houma, and her own, Henrot recalls a legend told by her grandmother, a storyteller from Brittany, France. Brittany was an isolated coastal region of France that has maintained their culture through oral histories and storytelling. According to this legend, titled “City of Ys,” Ys was a luxurious coastal city protected by a seawall. In some iterations of the story, Princess Dahut of Ys, convinced by a foreign knight, stole the key to the floodgate from her father, King Gradlon. As a result of her transgression, the floodwalls collapsed and Ys was submerged underwater. However, the legend adds that the city continues to exist under the waves.

While the history of the Houma tribe and the Brittany legend of the City of Ys have vastly different origins, they both reflect how the fluidity of oral cultures allows them to survive, thus challenging our understanding of culture as a static and immutable phenomenon. Nicholas Faraclas, a linguistics scholar on the Houma, wrote that like other ethno-linguistic groups, the Houma tribe are a community in which “contact between groups with different languages and cultures is the norm, rather than the exception, and in many cases integrated formally into traditional marriage, trading, and ceremonial patterns.”

Through Cities of Ys, Henrot critically examines how our digital and globalized era challenges traditional notions of identity. It is her hope that by approaching cultures through their partial connections rather than their differences, we may increase our sense of global empathy. Henrot’s prints, sculptures, and videos tie together flooding myths, the aqueous and shifting coastlines of Louisiana, the webs of pipelines in Terrebonne Parish, and the continuing use of French words in the English language.

Camille Henrot: Cities of Ys is organized by Miranda Lash, Curator of Modern and Contemporary Art at NOMA.

Camille Henrot (born 1978, lives in New York) is the recipient of the 2013 Venice Biennale Silver Lion. Best-known for her videos and animated films, Henrot’s work blurs the traditionally hierarchical categories of art history. Her recent work, adapted into the diverse media of sculpture, drawing, photography and film, considers the fascination with the “other” and “elsewhere” in terms of both geography and sexuality. 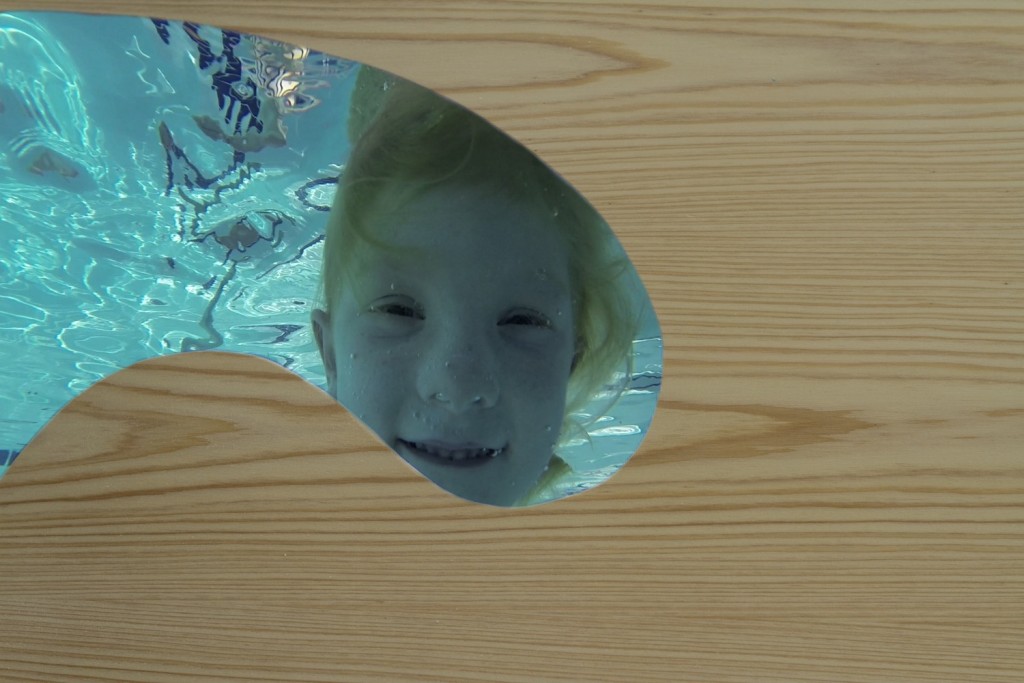 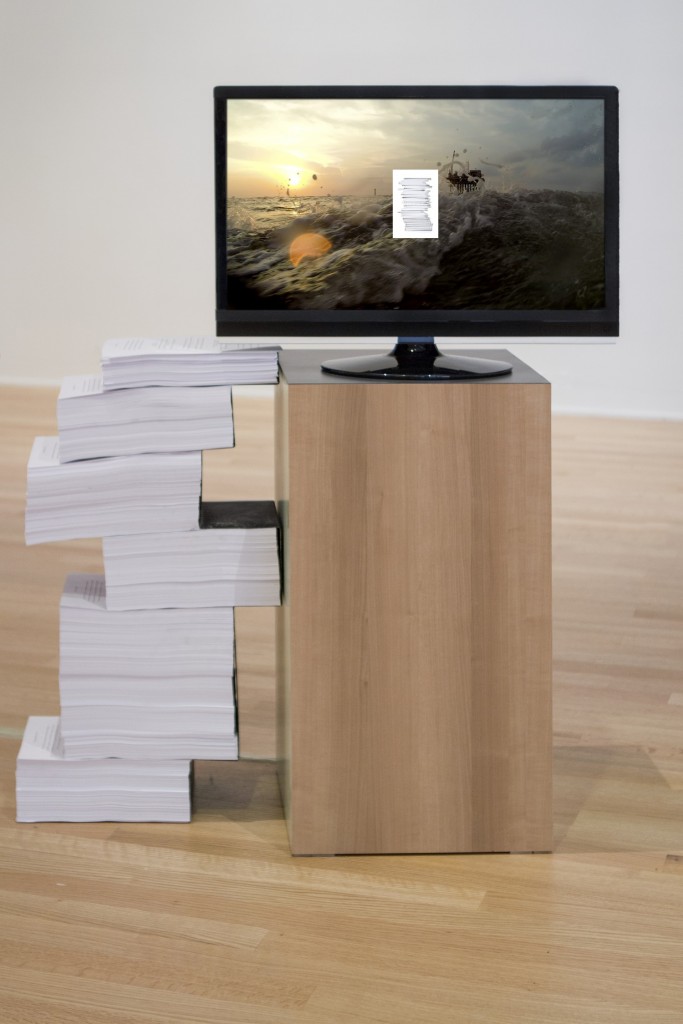 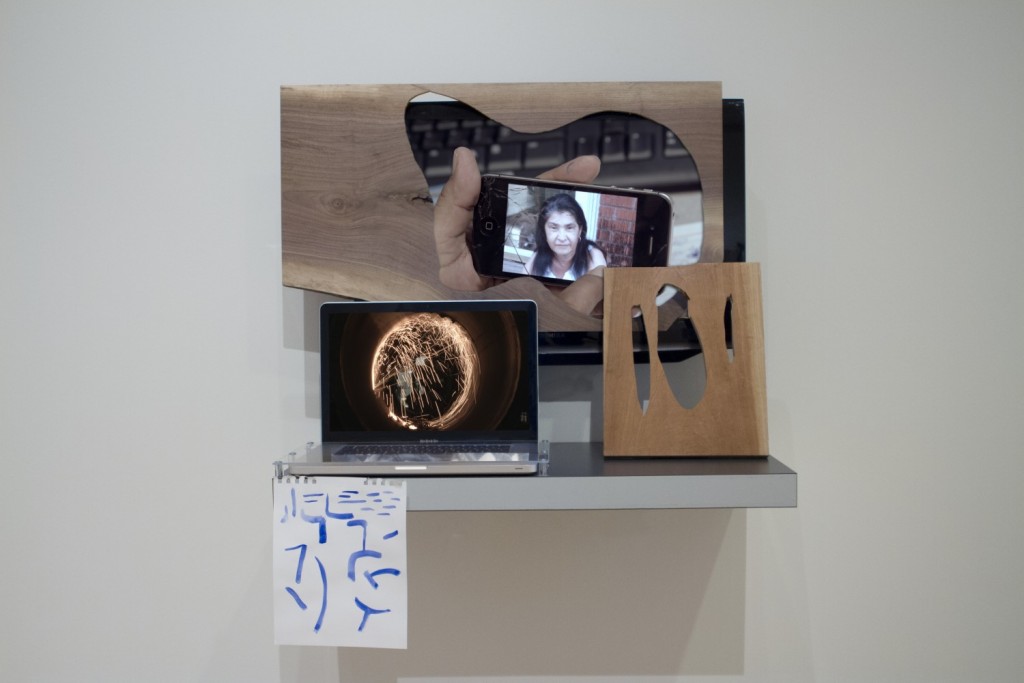 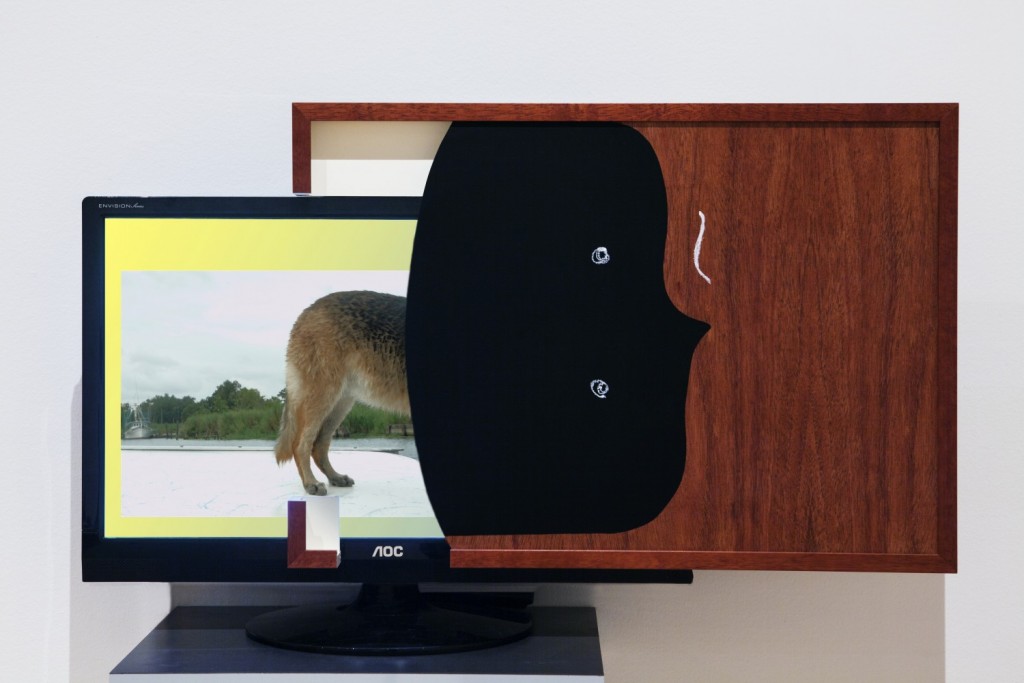 Camille Henrot: Cities Of Ys At The New Orleans Museum Of Art

By Tori Bush | Daily Serving Read the full article here French video artist Camille Henrot creates parallels between the mythical and the contemporary. In her first solo exhibition in the United States at the New Orleans Museum of Art, she investigates the legendary city of Ys in France and the vanishing coastal area of… Read More

By Doug MacCash, NOLA.com | The Times-Picayune Read the article here French conceptualist Camille Henrot is a rising star on the international art scene. She won the Silver Lion award for promising young artists at the 2013 Venice Biennale – the most prestigious art exhibition in the world. Her first U.S. exhibition “Camille Henrot: Cities… Read More

Review: Cities Of Ys And The Classic Works Of Emory Douglas