Bondye: Between and Beyond 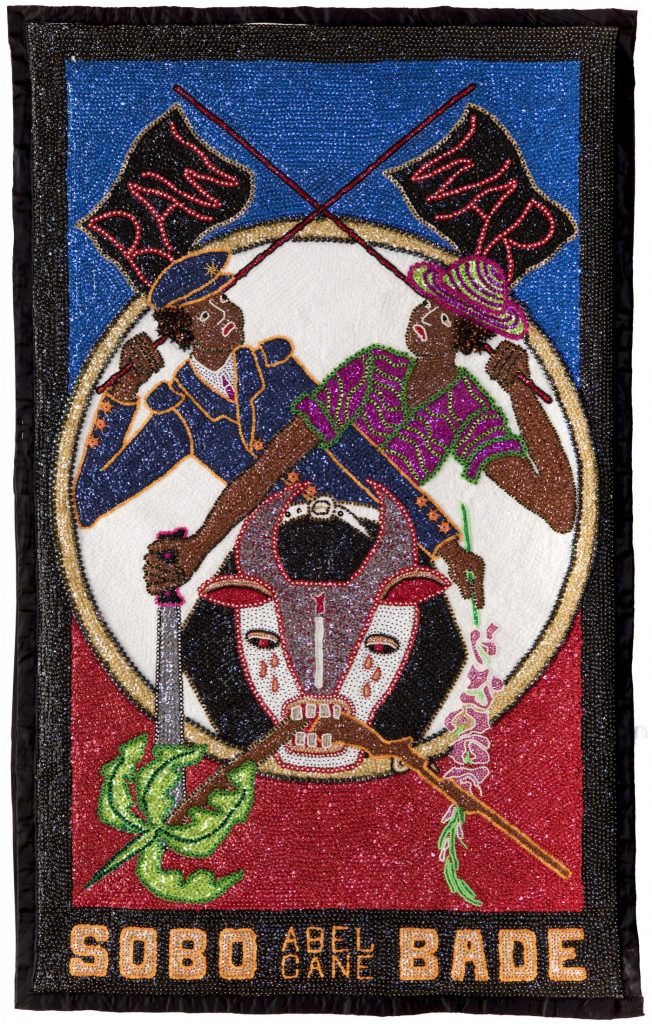 Bondye: Between and Beyond features twelve elaborate sequined prayer flags created by the Louisiana-born artist Tina Girouard in cultural exchange with Haitian artists in Haiti. During the 1990s, Girouard maintained a studio in Port-au-Prince where she helped create these collective artworks. Sequined prayer flags play an important role in communal gatherings, offerings and the religious rituals of Haitian Vodou. Practiced throughout the world, Vodou today finds expression in rites ranging from All Saints Day in France, to New Orleans Mardi Gras and Haitian Kanaval. These flags celebrate the religion’s multicultural roots, illustrating its melding of West African, Catholic and Haitian spiritual practices. After thousands of enslaved people were brought to Haiti from West Africa in the 16th century, they were not allowed to practice their diverse religions openly and thus forced to blend their customs with the Catholic beliefs of French and Spanish slave owners. Following the path of slavery and colonialism, this spiritual amalgam has helped form religious practices in places across the globe, including New Orleans.

Much like Vodou itself, these flags represent a coming together of different cultures, communities, and planes of existence. Each flag pays tribute to a different spirit of Haitian Vodou, called the “lwa,” or “invisibles” in Haitian Creole. These unseen entities stand at the spiritual and cultural crossroads: existing between the human and spirit world, they also move between many different nations and cultures, and are believed to speak all human languages. In Vodou, sequined prayer flags beckon these lwa from beyond, who in turn bring messages of faith and hope to the supreme spiritual force of Vodou, known as “Bondye,” who represents pure goodness and the highest principle of the universe. Celebrating Vodou’s origins in community, creativity and freedom, these works prompt us to consider the ways we all exist between different cultures, contexts and experiences, asking us to reflect on our own spirituality as well as our points of connection with the rest of the human family.

Beginning in the 1960s, Girouard was one among a prominent group of artists from Louisiana that included Keith Sonnier, Lynda Benglis, and Dickie Landry. These artists countered the more austere minimalist art being made at the time with exuberant color, eclectic compositions, and unorthodox new art materials that reflected Louisiana’s diverse local culture, but also looked out into the wider world. In works like these sequined flags, their art gave visibility to new voices and perspectives from within and beyond the borders of the United States. They often included references to a global range of cultures, either through direct collaborations with artists in places like Haiti, or through appropriations of forms and influences derived from those cultures. At the same time as this work celebrates the power of collaboration and cross-cultural dialogue and communication, it also raises questions about authorship, ownership and authenticity that have only become more relevant in our increasingly global world.

Bondye: Between and Beyond is co-curated by Nicolas Brierre Aziz, Curator of the Haitian Cultural Legacy Collection, and Katie A. Pfohl, Curator of Modern and Contemporary Art at NOMA. 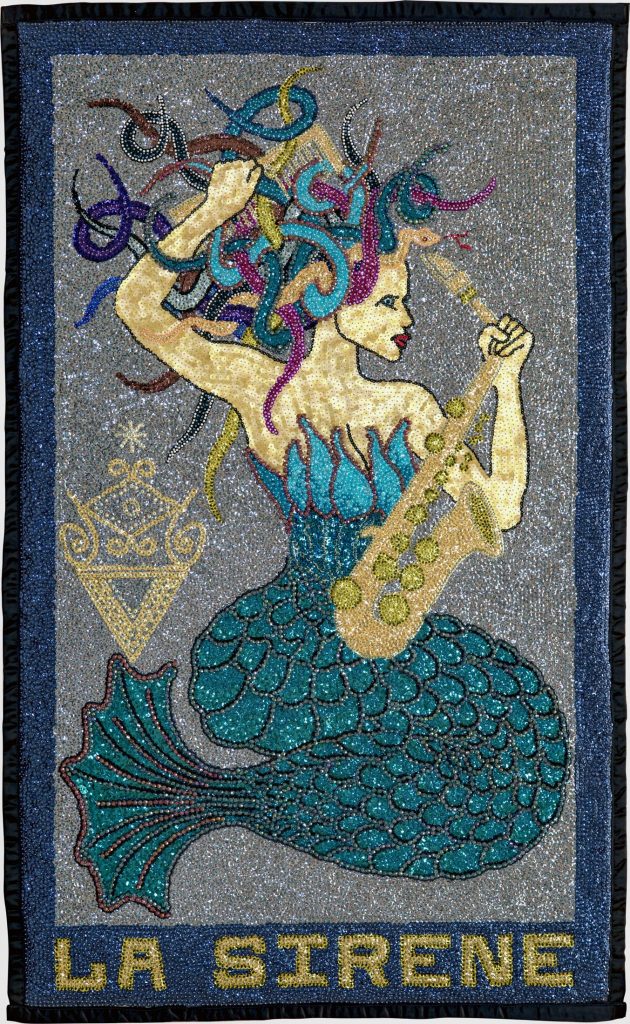 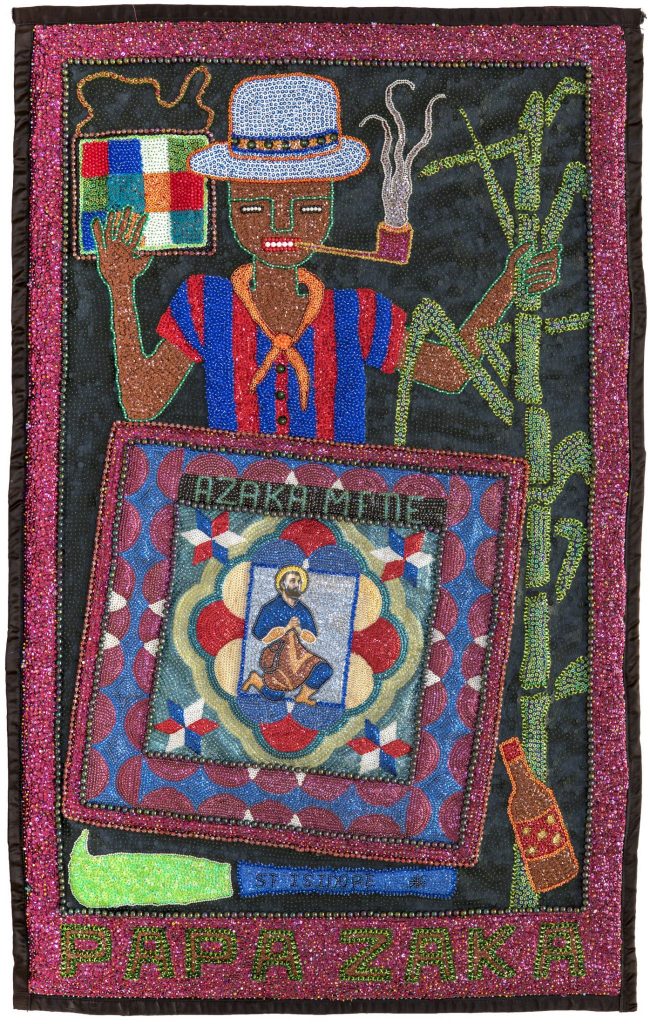 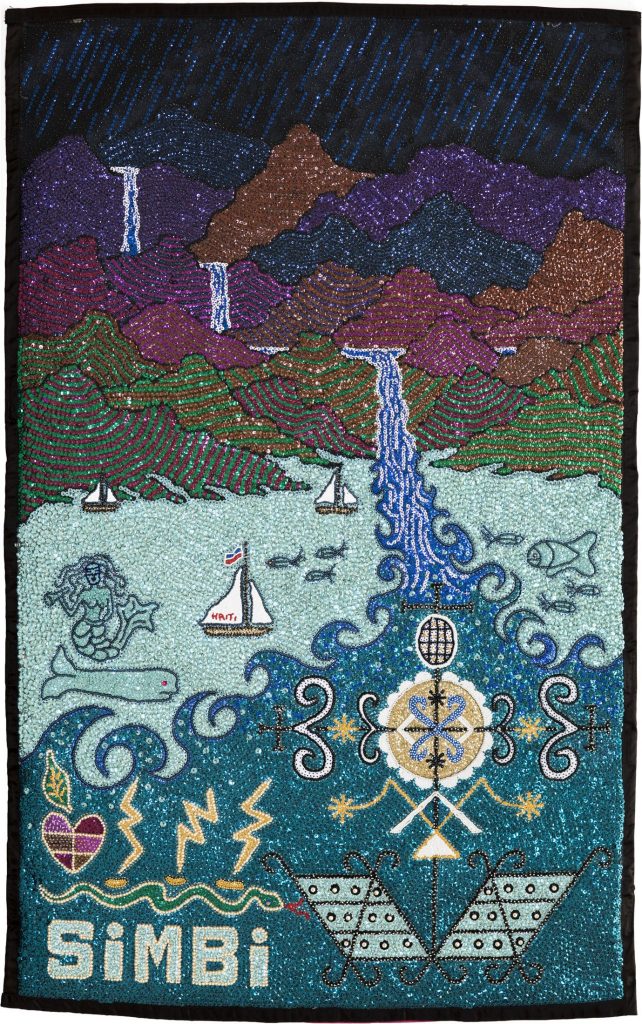 Bondye: Between and Beyond, opening January 25 and on view in the Great Hall through October 13, features twelve sequined prayer flags created by the Louisiana-born artist Tina Girouard in collaboration with artists in Haiti. Read More

Small Talk: Bondye: Between and Beyond 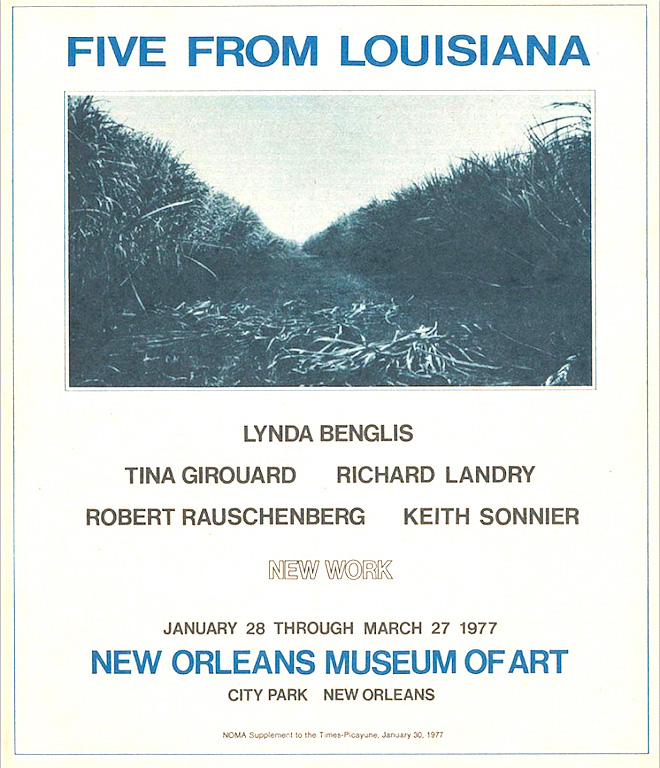 Interested in taking a closer look at NOMA’s collections? Want to take a deep dive into a focused art topic? Join NOMA curators, staff and other art professionals as they explore a variety of topics in our Art Primer series. In conjunction with the exhibition Keith Sonnier: Until Today and Tina Giroaurd’s beaded Vodou flags, on view in Bondye:… Read More 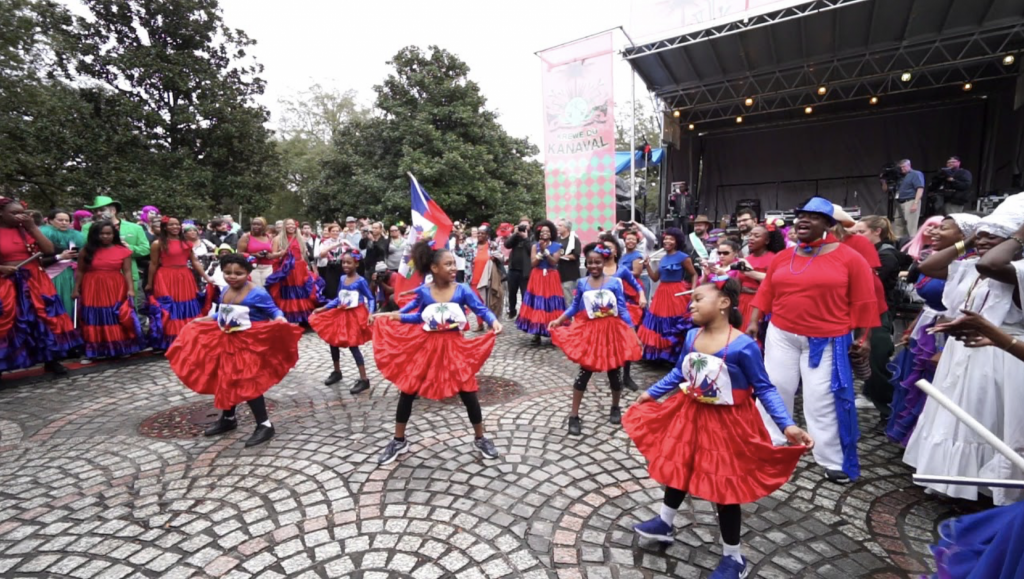 In conjunction with the exhibition Bondye: Between and Beyond, a panel discussion led by the cultural-exchange association HaitiaNOLA will examine the spiritual connections between West Africa, Haiti, and New Orleans. Vodou has grown into a complex, beautiful, often-misunderstood collection of rituals, ceremony, dances and beliefs. Haitianola will moderate a panel of Haitians and New Orleanians… Read More 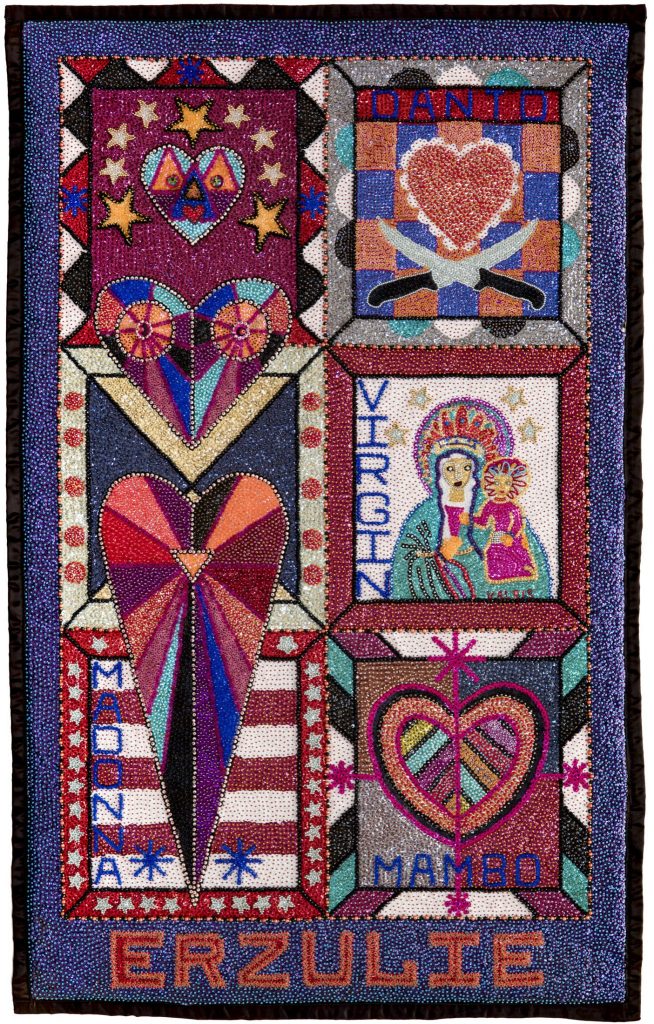 Small Talk: Bondye: Between and Beyond with Georges Valris