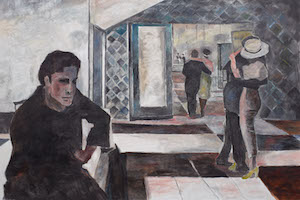 In a suite of paintings, Bob Dylan presents a distinctive vision of New Orleans, a city for which he has well-known affection. As he wrote in Chronicles, the first volume of his autobiography, “There are a lot of places I like, but I like New Orleans better. There’s a thousand different angles at any moment…No action seems inappropriate here. The city is one very long poem.”

Dylan explores a number of these angles, painting traditional views of French Quarter courtyards and alleyways, as well as capturing moments in the private and public lives of New Orleans’s inhabitants. These images evoke a timelessness in both their subdued palette and the ambiguous mode of dress of his figures. A sense of theatricality is inherent in both the compositions and in Dylan’s choice of figure subjects—ministers, singers, barbers and performers, with both the viewer and viewed carefully defined.

Best known as one of America’s greatest songwriters and composers, Dylan has had a long engagement with art. Between 1989 and 1992 he created over ninety sketches that came to be exhibited as the Drawn Blank series in 2010.

Bob Dylan: The New Orleans Series will be shown in two parts; a new selection of works from the series will be on view beginning June 7. 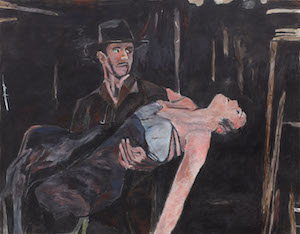 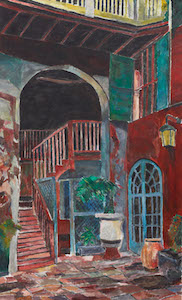