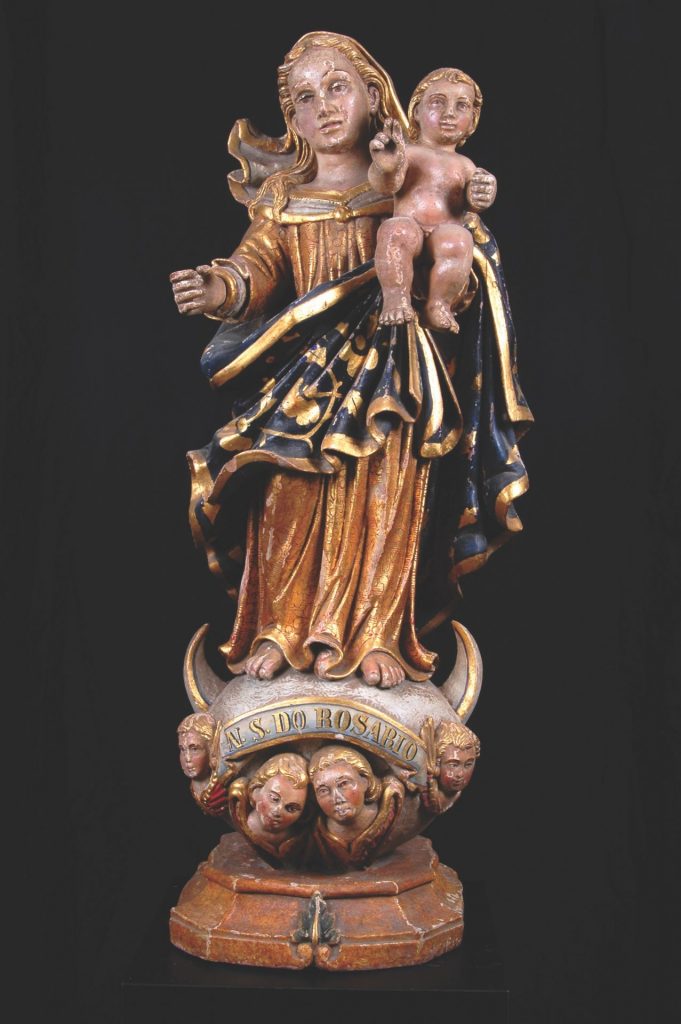 In the centuries following the arrival of Francis Xavier, a Catholic missionary, in 1542, the state of Goa in western India became the administrative and economic center of a Portuguese empire that extended west to Africa and east to Malaysia, China, and Japan. The vast trade networks established by the Portuguese and Spanish allowed not only for the spread of Christianity, but also an unprecedented artistic exchange within these colonial empires. Works of art and valuable materials traveled between Spain, Portugal, and their colonies, leading to the development of new visual traditions informed by European imagery and local idioms.

European missionaries brought with them paintings, sculpture, and devotional objects for use in their evangelization efforts. Sculptures of saints and apostles, the Virgin Mary, Christ, and angels, made of wood and ivory, such as those seen in Arte Sacra, were created by Goan artists from Hindu and convert families. Initially based upon European prototypes, over time many works came to marry Christian imagery and symbols with local traditions. These works not only graced the interiors of European-style churches in Goa, but were also exported to Europe for use in religious establishments and for private devotion.

This exhibition, from the collection of Dr. Siddharth Bhansali, a New Orleans-based physician, reveals both the global influence of European seventeenth and eighteenth century styles, as well as the transformation of these styles in the hands of local artists creating a new visual tradition.

Our Lady of the Rosary

Wood, with polychrome and gilt 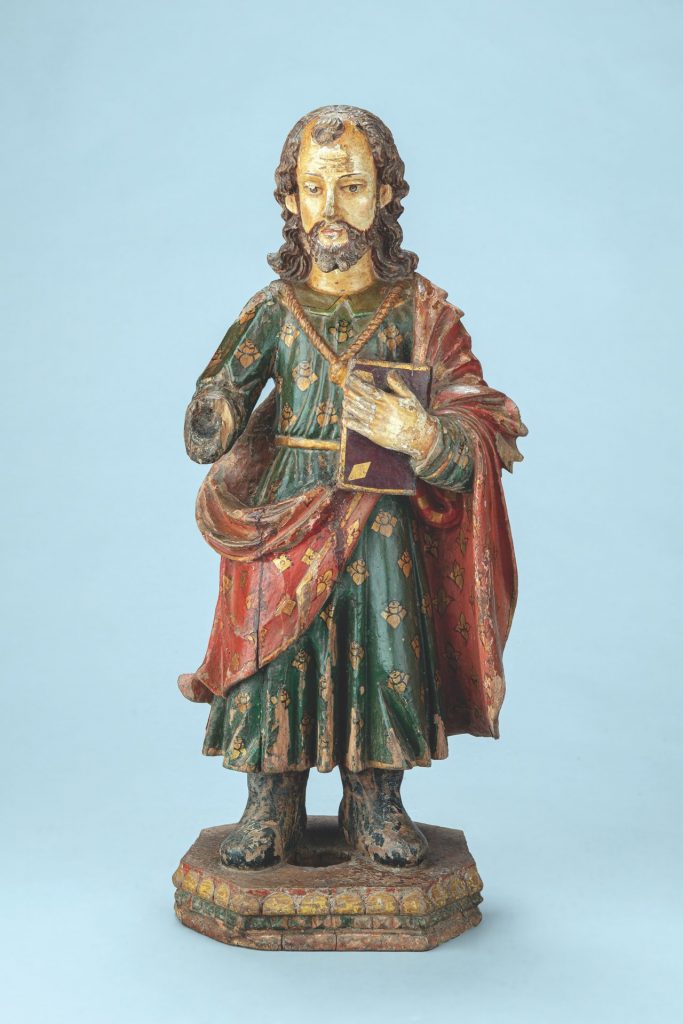 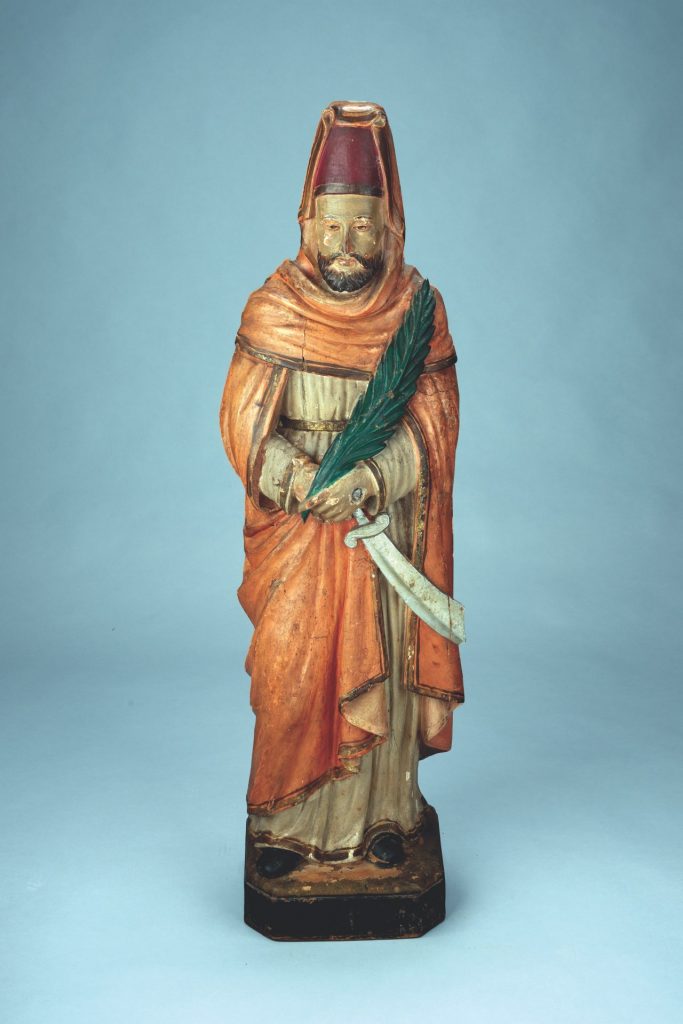 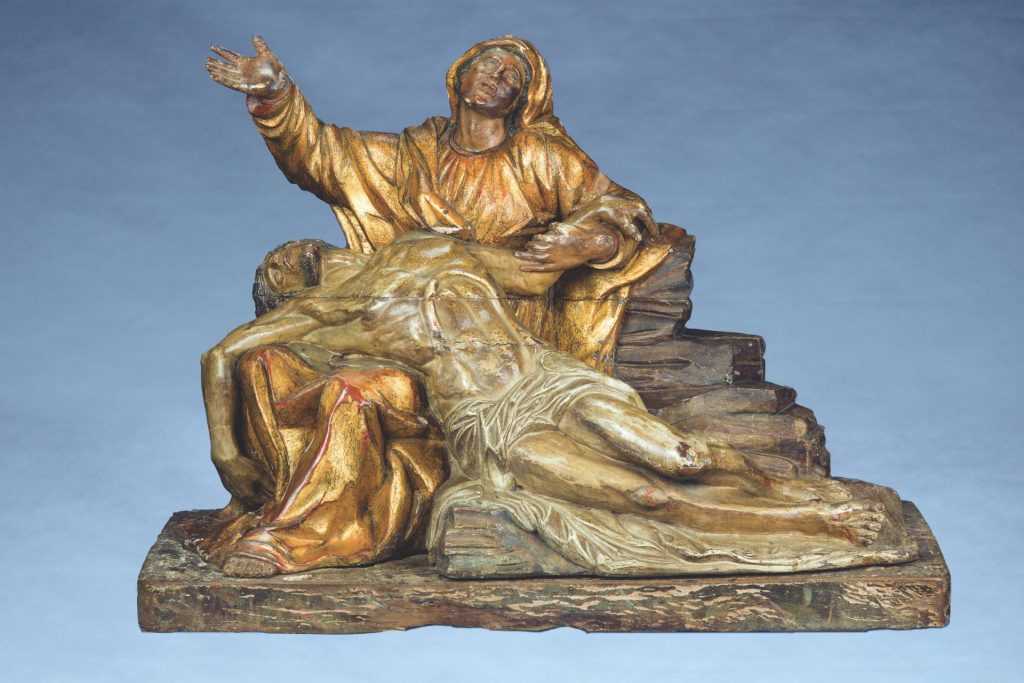 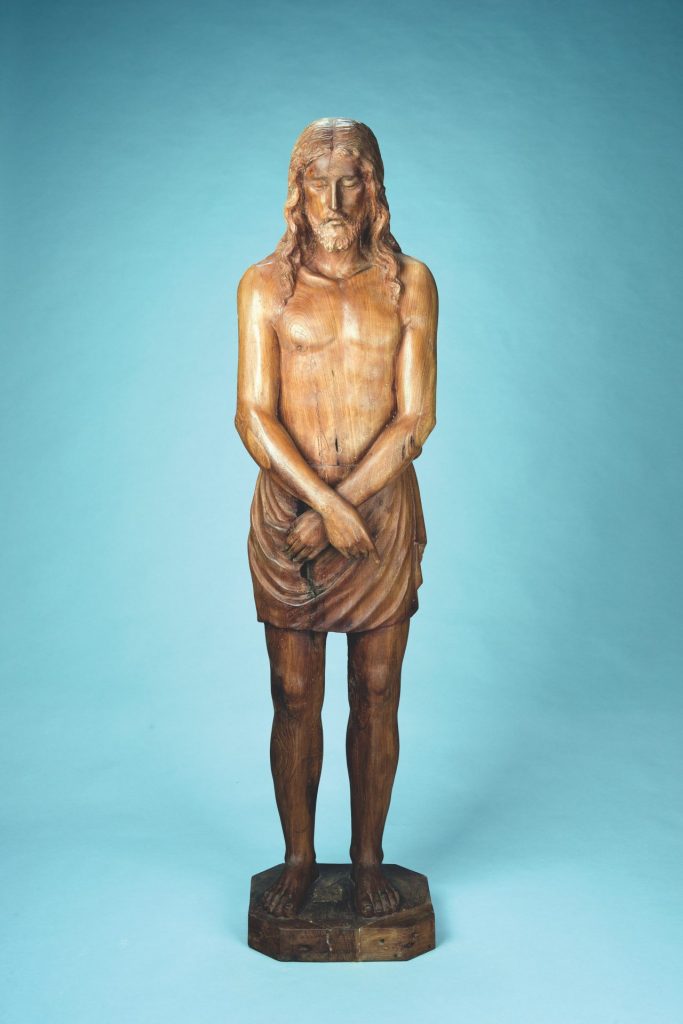 Ecce Homo, Jesus before the Crucifixion 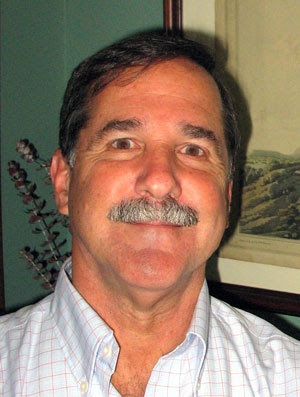 We invite you to join Dr. Robert J. Del Bontà, guest curator of Arte Sacra: Roman Catholic Art from Portuguese India, for a virtual tour of the exhibition currently on view at NOMA. Dr. Del Bontà is an independent scholar of Indian art, who received his Ph.D. from the University of Michigan in 1978. Since that time he has published numerous articles, contributed to many scholarly publications, and curated major exhibitions for the Berkeley Art Museum, the Portland Art Museum, and the University of Michigan Museum of Art, among others.  Read More