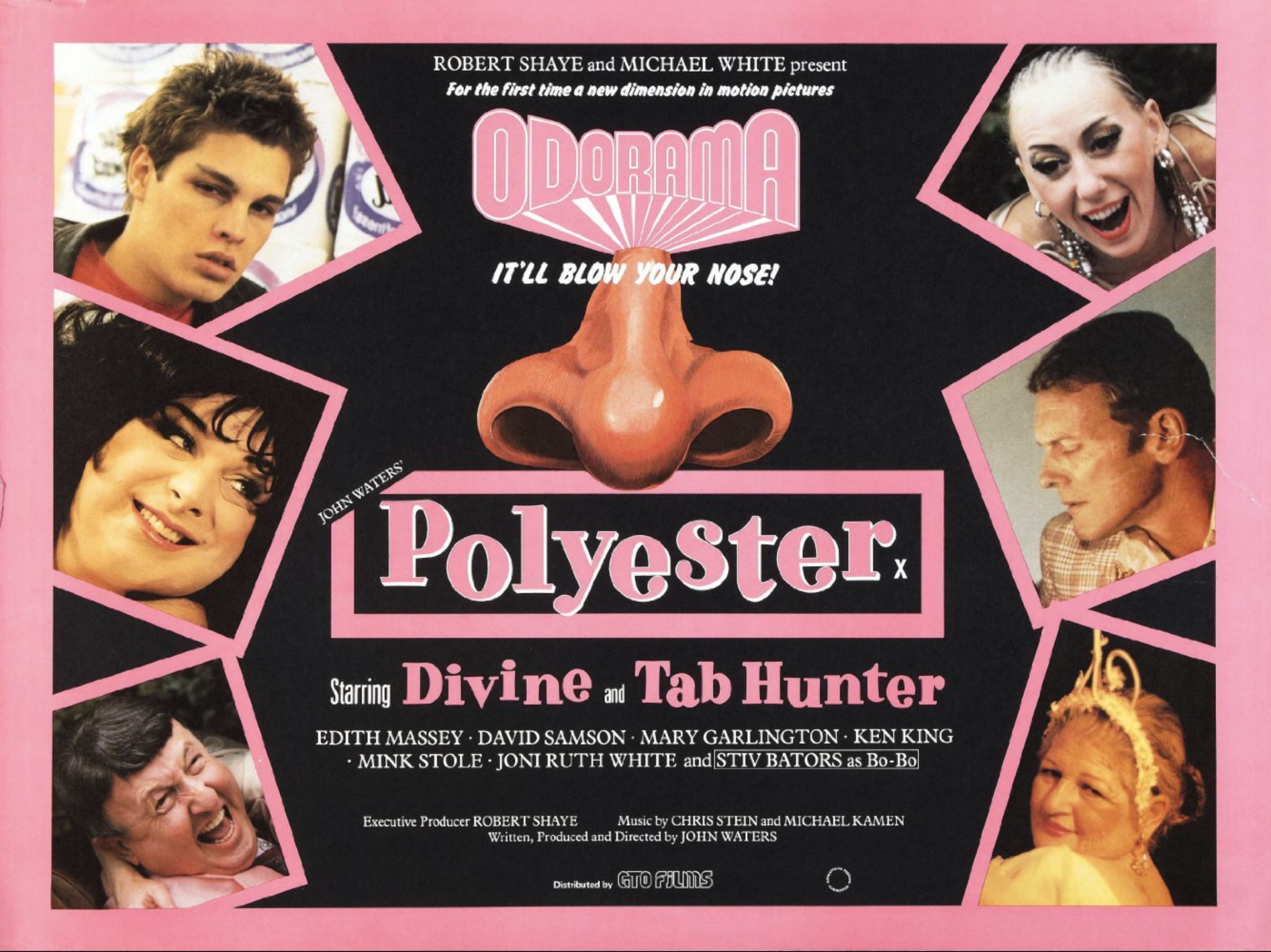 In conjunction with the exhibition Pride of Place: The Making of Contemporary Art in New Orleans, five films by iconic movie director and artist John Waters will be screened in Stern Auditorium throughout the summer. Waters’ photography is featured in the exhibition. All movies start at 7 pm.

From rottentomatoes.com: “After making a name for himself with such underground epics as Pink Flamingos and Desperate Living, director John Waters made a bid for somewhat wider acceptance with this black comedy, which is sedate only by the standards of his previous work. Francine Fishpaw (Divine) is a housewife whose life has become a living hell. Her husband Elmer (David Samson) runs a porno theater and is having an affair with secretary Sandra (Mink Stole), a vision of sleaze in Bo Derek-style cornrow braids who informs Elmer, ‘Children would only get in the way of our erotic lifestyle!’ Francine has two teenage children, Dexter (Ken King), who likes to sniff glue and stomp on women’s feet, and Lulu (Mary Garlington), a brazen teenager who hangs out with overage juvenile delinquent Bobo (Stiv Bators). Francine’s best friend, Cuddles (Edith Massey), is a slightly insane heiress who is somehow convinced she’s a debutante. Francine’s life has become so miserable that her dog commits suicide rather than witness it, but a light appears on the horizon — Todd Tomorrow (Tab Hunter), the handsome and dashing owner of a local drive-in specializing in art films, with whom Francine enters into a torrid affair. Subversive on all fronts, Polyester was originally shown in ‘Odorama’ — patrons were given a card with ten scratch-and-sniff patches, to be smelled at key points in the action. (Rated R | 1 hour, 23 minutes) Watch the original trailer.