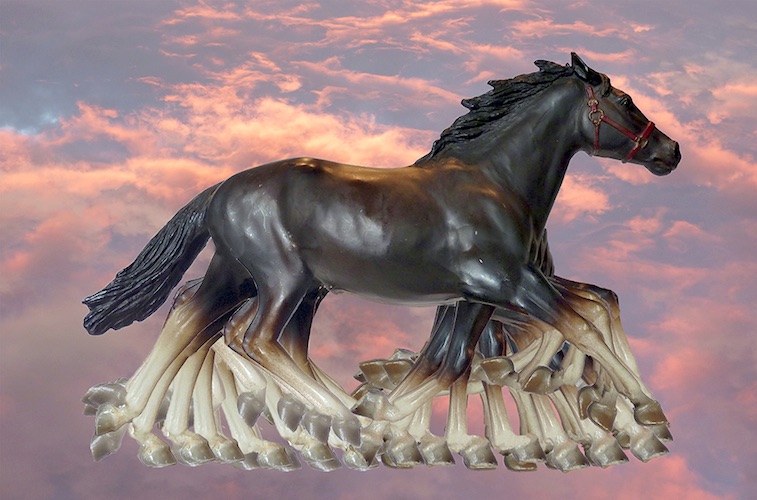 Trance Farmers is a creation of time-traveling bluesman Dayve Samek, who crafts his own twanklin’ electric boogie-woogie, gasoline-drenched doo-wop, tenderly warped garage-born ballads and rockabilly joyrides. With a love of old-school Americana, Trance Farmers has four albums under their belt, each created with a unique musical sound that finds a connection with everyone.

ABOUT CHEF AUSTIN KIRZNER AND THE ARTFUL PALATE

Café NOMA hosts a series of cooking demonstrations by chefs working in the Brennan’s family of New Orleans restaurants throughout the summer. Executive Chef Austin Kirzner of Red Fish Grill will prepare a seafood dish with step-by-step instruction for attendees.

In conjunction with the exhibition Pride of Place: The Making of Contemporary Art in New Orleans, artists represented in the Arthur Roger Collection will offer Artist Perspective lectures.

Lee Deigaard lives and works in New Orleans and rural Georgia. She graduated with honors from Yale University and holds graduate degrees from University of Texas at Austin and University of Michigan School of Art and Design. Deigaard’s studio practice engages wild animals and collaborates with animals who are friends and family. Her work explores animal protagonists and the emotional spaces and physical landscapes where humans and animals cohabitate. She has shown and presented her work nationally and internationally and was recently selected as a 2017 Artist in Residence at the Joan Mitchell Center in New Orleans. Her series of nocturnal photographs of animals won the Clarence John Laughlin Award and was featured in solo shows at The Ogden Museum of Southern Art in 2014 and at Arthur Roger Gallery in 2016 and in the group show Beauty and the Beast: the Animal in Photography at the Museum of Photographic Arts in San Diego.

Iconic filmmaker John Waters made a notorious name for himself in Hollywood with a string of outrageous comedies. Polyester, the only film to ever employ “Odorama” scratch-and-sniff cards when it debuted in 1981, stars Divine as a down-and-out housewife who finds a new lease on life after pursuing an affair with Tab Hunter, owner of a drive-in specializing in art films.

Waters is among the artists featured in Pride of Place: The Making of Contemporary Art in New Orleans.

SPONSORS: Friday Nights at NOMA is supported in part by grant funds from the Azby Fund; Ruby K. Worner Charitable Trust; New Orleans Jazz & Heritage Festival and Foundation; and the Louisiana Division of the Arts, Office of Cultural Development, Department of Culture, Recreation and Tourism, in cooperation with the Louisiana State Arts Council as administered by the Arts Council of New Orleans.