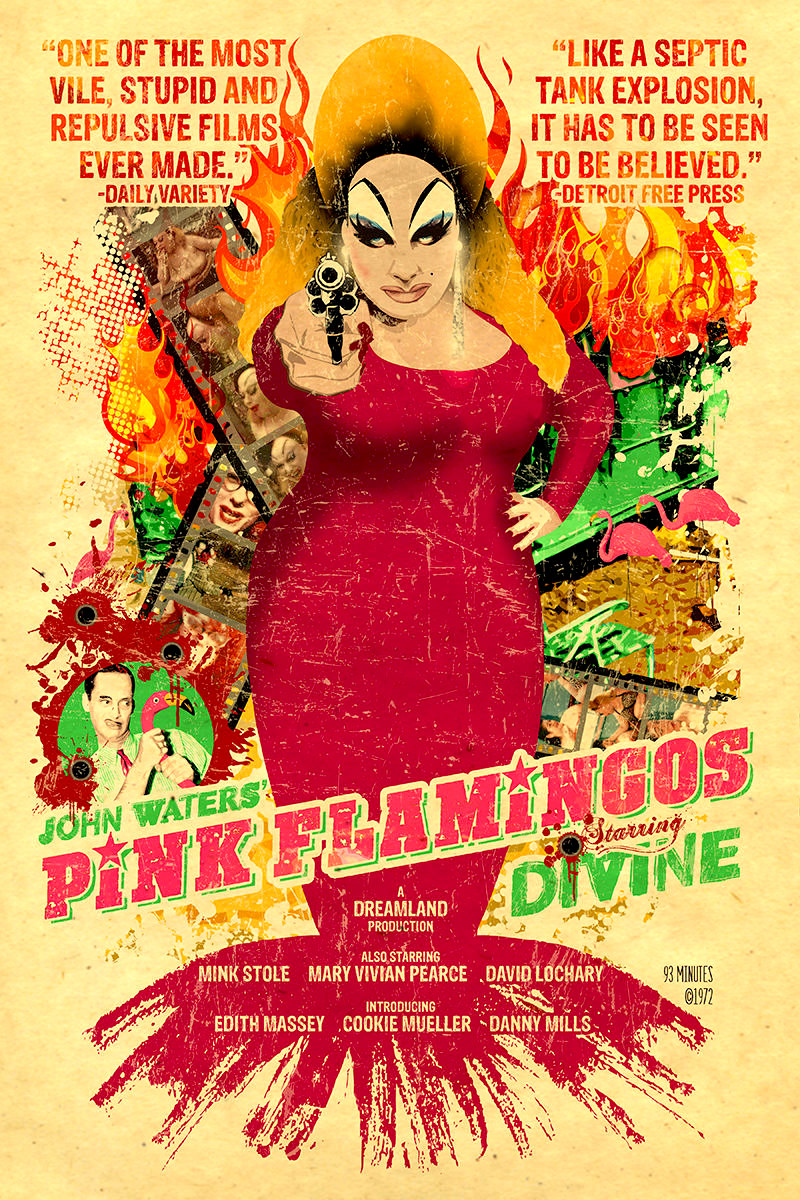 In conjunction with the exhibition Pride of Place: The Making of Contemporary Art in New Orleans, five films by iconic movie director and artist John Waters will be screened in Stern Auditorium throughout the summer. Waters’ photography is featured in the exhibition. All movies start at 7 pm. NOTE: Due to expected high demand, Pink Flamingos will be screened twice at 7 p.m. and 9 p.m. Admission to Pink Flamingos may be purchased starting at 5 pm on Friday, July 21.

NOTE: Due to the NC-17 rating of Pink Flamingos, no one under the age of 18 will be admitted.

From Rottentomatoes.com: “Renegade filmmaker and noted aficionado of expressive bad taste John Waters exploded into international infamy with this darkly comic, no-budget parade of the perverse (his third feature film, and first in color), in which plus-size cross-dresser Divine stars as Babs Johnson, a flashy criminal on the lam from the FBI who is hiding out in a trailer outside of Baltimore. While Babs would prefer to be left in peace, she takes great pride in her status as ‘the Filthiest Person Alive’ — an honor confirmed by one of America’s sleazier tabloid newspapers — and when Connie and Raymond Marble (Mink Stole and David Lochary) announce their plans to take the title away from her, Babs is not about to stand idly by. Shot on a budget of only 12,000 dollars, the film has grossed close to ten million dollars around the world, and its success launched John Waters into a career as America’s leading authority on poor taste.” (Rated NC-17 | 1 hour, 33 minutes) Watch the original trailer.

New Orleans drag performer CeCe V. DeMenthe will make a special appearance at NOMA dressed as Divine, the actor who portrayed Babs Johnson in the movie, and rap artists Alfred Banks and Cool Nasty will perform in advance of the screening as part of Friday Nights at NOMA programing on July 21.