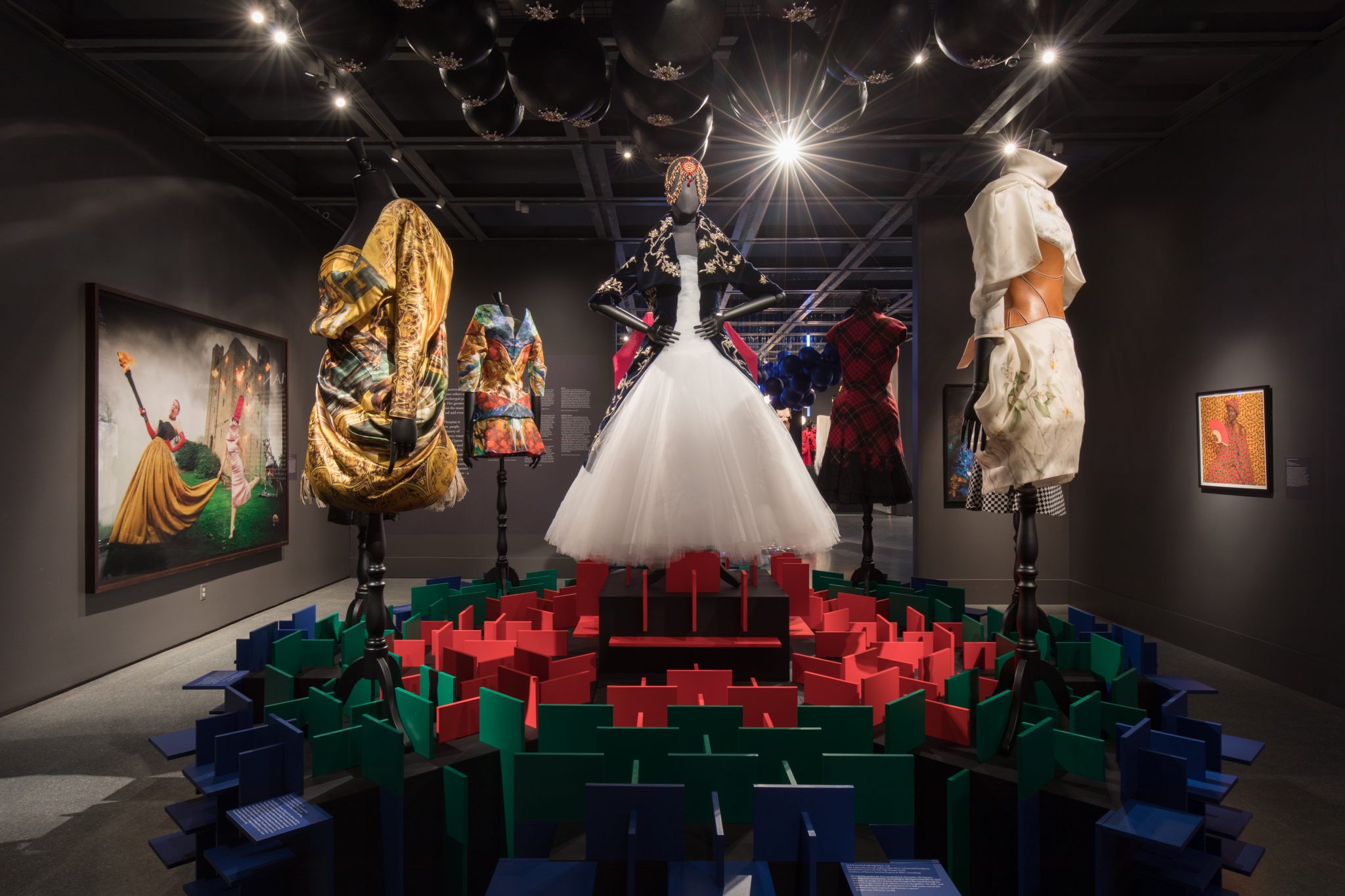 In celebration of its first ever fashion exhibition, A Queen Within: Adorned Archetypes, the New Orleans Museum of Art opens its doors until midnight on Friday, May 18. The evening kicks off at 6 p.m. with live music, performances, guided tours, a film screening, and a public conversation with Vogue creative digital director Sally Singer and New Yorker contributor Thomas Beller.

Advance tickets are no longer for sale online. Please purchase at the door: $20 for nonmembers | Free to NOMA members

Joy Clark’s musical artistry feels like a warm, fresh twist on the fervently familiar. Her music embodies the bliss that comes with creating melodies and rhythms to celebrate peace and the undeniable power of love. Backed by an all-star cast of incredible performers, including Jazmine Butler (drums), phenomenal singer/songwriter Kelly Love Jones (vocals and percussion), and BassMonsterTiff (bass), Joy and her band create a unique blend of funk, soul, and folk.

Sally Singer is the creative digital director of Vogue, where she oversees the magazine’s website, video program, and social channels. Previously, she was the editor in chief of T: The New York Times Style Magazine, the fashion news/features director of Vogue, and the fashion director of New York Magazine. She has written for the Guardian, the Economist, the Atlantic Monthly, among other publications. Singer is a trustee of the Fashion Institute of Technology.

Thomas Beller is a writer and associate professor of English at Tulane University. He is a longtime contributor to the New Yorker and also writes for the New York Times, Vogue, and Town and Country, among other magazines. A founder and editor of Open City Magazine (1990–2010), his books include The Sleep-Over Artist (2000), How to Be a Man: Scenes from a Protracted Boyhood (2005), and J.D. Salinger: The Escape Artist, which won the New York City Book Award for Biography/Memoir in 2015.

The New Orleans Drag Workshop, guided by drag legend Vinsantos, is a ten-week crash course that takes folks from all walks of life and turns them into original and memorable drag performers. The program goes well beyond just hair and makeup to teach students history, the ethics of working in the business, and how to be a diva without being a DIVA! At the end of the workshop, students take the stage to showcase the piece of performance they developed throughout the course. The Workshop has just completed its seventh cycle and has had over 70 members complete their journeys over the last four years. The Workshop is honored to present a collection of its finest performers from various cycles at NOMA’s Hot Couture Late Night. On the bill will be the Workshop’s Head Mister-ess and everybody’s favorite drag grandma, Vinsantos; Miss Pageant 2016 Neon Burgundy; Miss Runner Up 2016 Tarah Cards; Miss Pageant 2017 Franky; and one of the most recent draguates from cycle seven, Izzy Femme.

Ann Glaviano is a writer, dancer, DJ, and native New Orleanian. She runs the HEATWAVE! Dance Party bimonthly at a friendly neighborhood bar near you. She was featured in ELLE’s September issue in 2016, in their first “Style Across America” spread, where she shouted out Red, White, and Blue Thrift as her primary fashion resource.