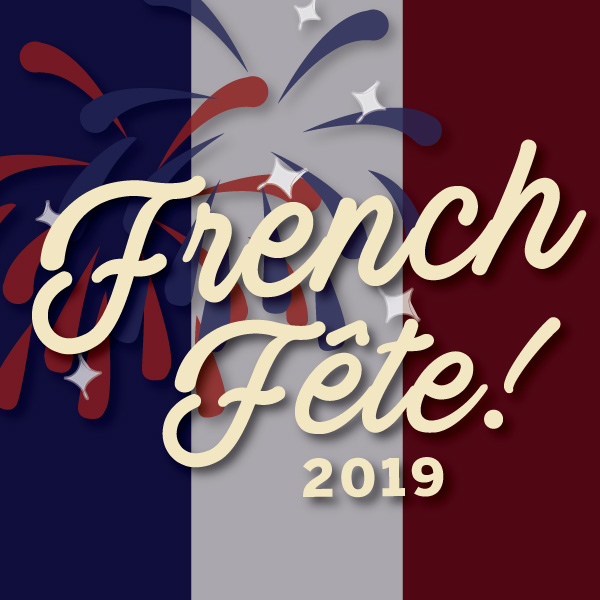 Friday Nights at NOMA features an exciting lineup of programs in 2019: live music, movies, children’s activities, and more. Regular admission prices apply—NOMA members are FREE—but there is no extra charge for programs or films. All galleries, the Museum Shop, and Café NOMA remain open till 9 pm. After a weather-related cancelation, NOMA’s popular tribute to French art, cuisine and culture has been returns for August 9.

Drawing mostly from the repertoire of  Sidney Bechet, Edith Piaf, and Josephine Baker, German-born reed player Susanne Ortner, now a resident of New Orleans, formed a musical trio together with pianist Jeff Lashway and French chanteuse Corinne Saunders. Their music evokes the era of Paris in the 1920s and ’30s.

Café NOMA presents their eighth annual summertime Artful Palate series of cooking demonstrations at 6 pm with Kate Schwarloze, pastry chef from Brennan’s, who will prepare a browned butter and peach tart. Chefs from other restaurants in the Ralph Brennan Group will continue the cooking classes in weeks to come through August 23 with dishes inspired by their culinary mentors, in tribute to the exhibition Bodies of Knowledge.

Jonathan Traviesa will discuss his work on view in You Are Here: A Brief History of Photography and Place and the broader themes of the photography exhibition.

Traviesa is a photographer and artist living in New Orleans since the late 1990s. He has had numerous solo and group exhibitions in New Orleans, Philadelphia, Chicago, and New York. In 2005, The Times-Picayune voted his Katrina photo-sign installation best art show the year. He taught Photoshop at NOAFA from 2005-2010. Traviesa is a founding member of The Front gallery and released his first book, Portraits, with a concurrent exhibition at The Front during October and November of 2009. As part of the annual PhotoNola series of exhibitions across New Orleans, Traviesa received the New Orleans Photo Alliance’s inaugural Michael P. Smith Grant Award. The Ogden Museum of Southern Art also exhibited a selection of his portraits from the book. His most recent solo shows, “Beacons Abound” and “Kinda~Deathy,” opened in April 2011 and January 2012 at The Front, respectively. In 2012,he was commissioned by the Contemporary Arts Center to make a site-specific mural installation of one of his photographs, and, while currently pursuing an MFA at Tulane, he is making more site-specific photo installations that incorporate additional framed elements. His work is collected privately around the United States and publicly in New Orleans by the Ogden and the New Orleans Museum of Art.

Haute Cuisine is a 2012 French comedy-drama film based on the true story of Danièle Mazet-Delpeuch and how she was appointed as the private chef for French President François Mitterand. Hortense Laborie (Catherine Frot), a renowned chef from the culinary region of Périgord,  is astonished when the President of the Republic (Jean d’Ormesson) appoints her his personal cook, responsible for creating all his meals at the Élysee Palace. Despite jealous resentment from the other kitchen staff, Hortense quickly establishes herself, thanks to her indomitable spirit. The authenticity of her cooking soon seduces the President, but the corridors of power are littered with traps. (2012 | Rated PG-13 | 95 minutes | French with subtitles)