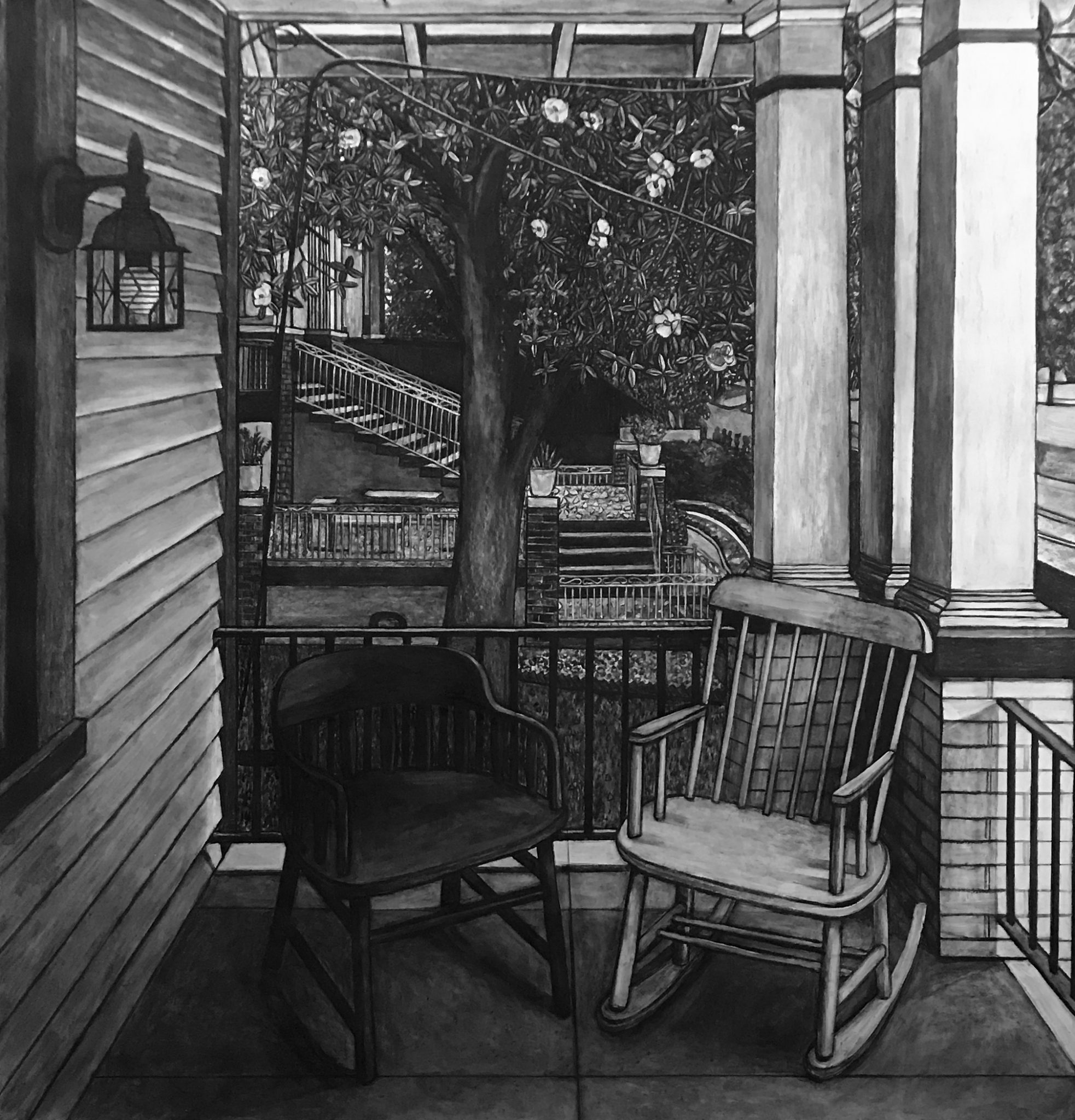 Willie Birch is a New Orleans-based artist who draws inspiration from this city and the complexity of its diverse traditions and histories. Working in a variety of mediums, from paper mache to acrylic and charcoal on paper, he renders second lines, street musicians and the architecture of New Orleans with a nuanced eye towards intimate details—power lines and chain linked fences, discarded sneakers and wood-paneled shot-gun houses that bear traces of their histories. Birch’s recent work questions the role that history plays in determining our present and future. His installation for Changing Course: Reflections on New Orleans Histories presents new works that focus on roots and bones, the largely invisible structures that both sustain and support what we see above and around them. At the same time, his work will refer museum visitors to associated artwork and performances staged offsite at a community-driven arts space that Birch is creating in New Orleans’ Seventh Ward.

ABOUT TEACHING BEYOND DOCTRINE: PAINTING AND CALLIGRAPHY BY ZEN MASTERS

Painting and calligraphy by Zen monks has a long history in Japan. Introduced from China in the twefth century, Zen (meaning “meditation”) has its origins in the teachings of the Buddha, the sixth-century BCE Indian prince who taught that it was possible to be freed from suffering and the cycles of rebirth.

The paintings and works of calligraphy on view in NOMA’s Art of Japan Gallery were created by Zen masters during the Edo period (1615–1868). The most influential of these, Hakuin Ekaku (168–1769), is credited with creating a new visual language for Zen, by dramatically expanding its subjects and themes to include Shinto gods, Confucian maxims, Japanese legend, folklore, and scenes from everyday life. Hakuin’s immediate followers, along with later generations of Zen masters, have drawn on this rich visual vocabulary to the present day.