Fashion on Film Series: The Legacy of Alexander McQueen 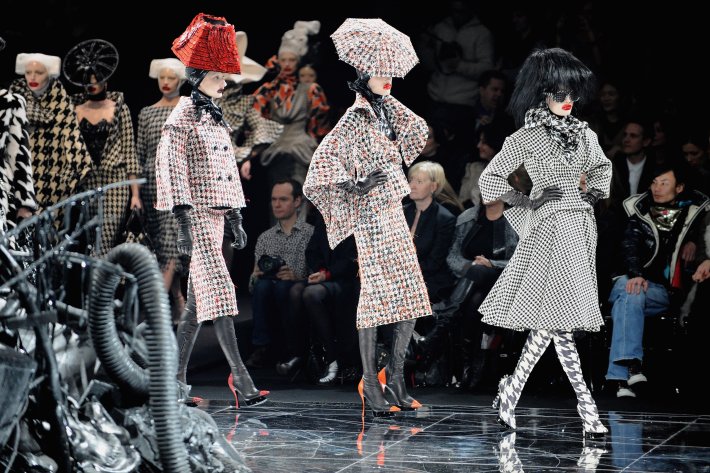 ABOUT THE LEGACY OF ALEXANDER McQUEEN

Using never before seen interviews and archival fashion footage, this documentary finished in 2015 by Loïc Prigent explores Alexander McQueen’s artistic inspirations through the lens of his last four collections. A year before he died, the highly controversial Alexander McQueen presented a collection that revisited all the codes of an oeuvre that began in the 1990s. Morbid and excessive, he ridiculed fashion and would crush and throw everything out, only to start all over again, better. Six months later, he presented what critics hailed as a visionary masterpiece: Plato’s Atlantis. His previous collection had spoken of a planet invaded by waste; this new collection evoked an amphibian world, in which faces and bodies had mutated. From the cut of the clothes to the wild shoes, everything was new. Finally, on January 18, 2010, three weeks before he committed suicide, McQueen put on his last fashion show, The Bone Collector. With a catacomb backdrop, men were covered in shinbones, skulls, and ropes. It was a premonitory display. This enlightened and inspired documentary features remarkable images of McQueen’s many fashion shows—dances of death and political commentary shot through with multiple references—offering a fascinating insight into the designer’s career and personality.