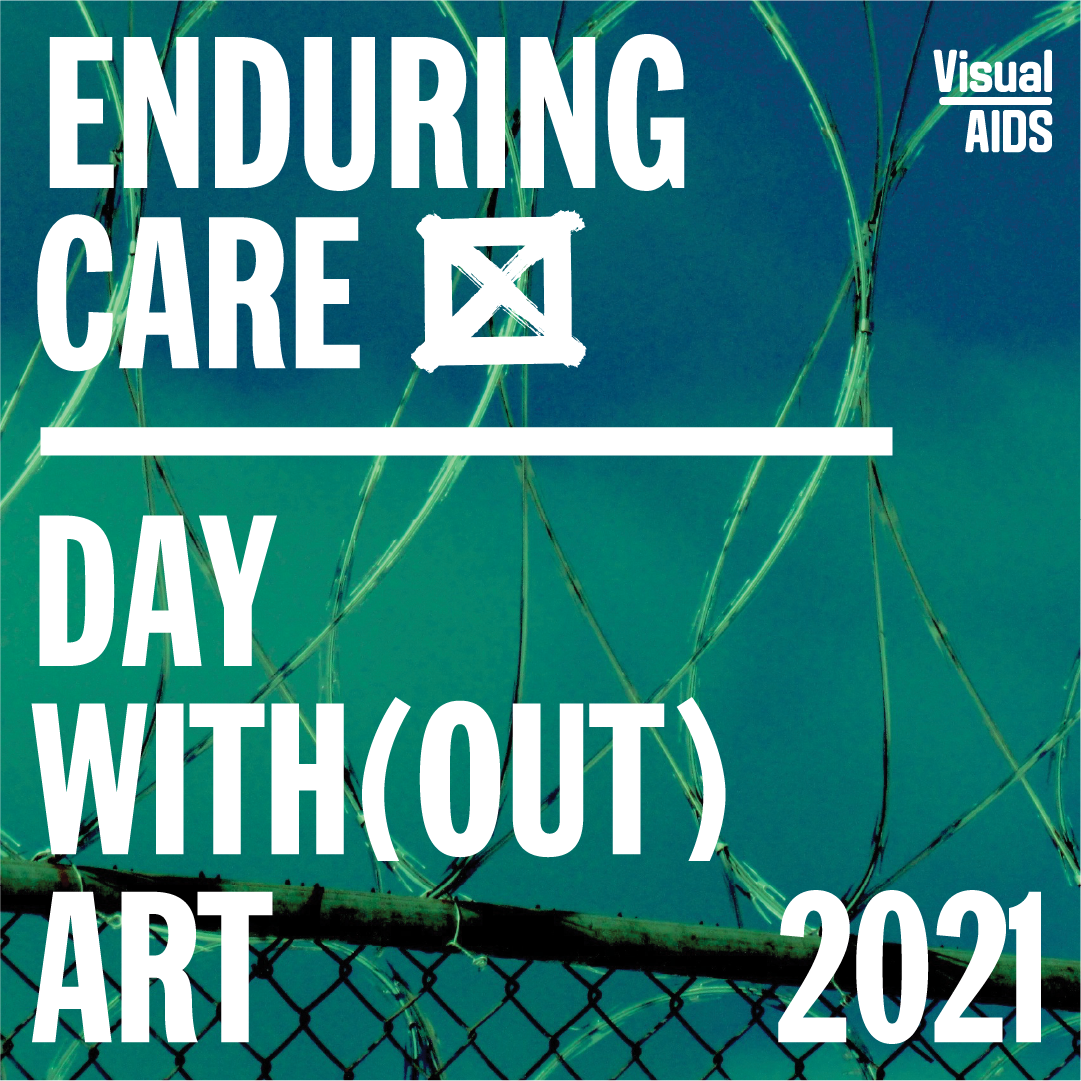 From histories of harm reduction and prison activism to the long-term effects of HIV medication, ENDURING CARE centers stories of collective care, mutual aid, and solidarity while pointing to the negligence of governments and nonprofits. The program’s title suggests a dual meaning, honoring the perseverance and commitment of care workers yet also addressing the potential for harm from medications and healthcare providers. ENDURING CARE disrupts the assumption that an epidemic can be solved with pharmaceuticals alone, recasting community work as a lasting form of medicine.

Drop by NOMA’s Lapis Center for the Arts anytime between 10 am and 5 pm on Wednesday, December 1, to view the video program. This program is included with museum admission, and on Wednesdays, Louisiana residents receive free admission, courtesy of The Helis Foundation.

Dive into the following discussion guide to further investigate the topics, themes, and ideas explored in ENDURING CARE.

Katherine Cheairs, Voices at the Gate

Voices at the Gate juxtaposes the bucolic landscapes inhabited by women’s prisons with archival and contemporary audio recordings of poems, essays, and interviews produced by women of color in the early 19990s at the intersection of incarceration and HIV & AIDS activism.

Katherine “Kat” Cheairs is a filmmaker, educator, curator, activist and community artist. Kat’s areas of interest and research include: HIV & AIDS; visual culture; media arts therapy; community arts; and, critical race theory in art education. She is a co-curator of Metanoia: Transformation Through AIDS Archives and Activism, an archival exhibition focusing on the contributions of Black cis women, transwomen of color, and women of color actvists on HIV/AIDS activism from the early 1990s to the present. Kat is a member of the What Would An HIV Doula Do? Collective and the producer and director of the documentary, Ending Silence, Shame & Stigma: HIV/AIDS in the African American Family. She has a Master of Fine Arts in Film and Television Production from the Dodge College of Film and Media Arts at Chapman University. Kat’s new project, In This House, currently in development, is a video installation exploring HIV/AIDS narratives through the Black body.

Two fragmented interviews with artists living with HIV in Puerto Rico mediate an audiovisual invocation of the late Boricua poet Manuel Ramos Otero who passed away from complications of the virus in 1990. Guerra sets out to translate work Manuel deemed untranslatable, investigating the ongoing passions that informed his work.

Danny Kilbride interviews Professor John Ashton, a public health official who helped institute the Mersey Model of Harm Reduction in Liverpool in the mid-80s, the first government-funded needle exchange program in the UK.

Danny Kilbride is a community filmmaker based in Liverpool UK. He is the founding Director at Thinking Film, a not-for-profit organization that exists to provide marginalized communities with a voice and tell stories that challenge the way people see the world.

A chronicle of Abdul-Aliy A. Muhammad’s 2017 medication strike against the Mazzoni Center, a LGBT health clinic in Philadelphia, and the direct action campaign by the Black and Brown Workers Cooperative that preceded it

Abdul-Aliy A. Muhammad is a Philadelphia born writer, organizer, and co-founder of the Black and Brown Workers Co-op. In their work, they often trouble ideas of medical surveillance, bodily autonomy, and Blackness.

Beto Pérez, In the Future

In the Future tells the stories of people living with HIV in Mexico who have been unable to access treatment because of government corruption and widespread theft and looting of medication.

Beto Pérez is a documentary filmmaker and television producer working in Tlaxcala, Mexico. He is the co-founder and president of the cultural organization Coarco (Colectivo Arte Contemporáneo). In 2018, his docu-series “Tlaxcala Indigena” received an honorable mention from the National Journalism Prize.

Steed Taylor, I Am a Long-Term AIDS Survivor

Through a chorus of voices, Steed Taylor will explore the difficulties of being a long-term AIDS survivor and the unexpected health problems facing many senior survivors.

A collaborative video project made with women living in Taiwan who use their cameras to process stress and stigma, and to share their experiences living with HIV.

J Triangular is an independent curator, experimental filmmaker, and multimedia poet. Colombia born, Taiwan based. Graduated in film studies and screenwriting at TAI University School of Arts, Madrid, Spain. She received her master’s degree in experimental documentary at the Cinema and Audiovisual School of Catalonia, Spain. Her work consistently addresses themes such as community identity, self-empowerment, care practices, and promoting communication and solidarity. In 2019, J was the international curator in residence at Visual AIDS with her project The Whole World is Watching which has been exhibited internationally in Taipei, Tokyo, Kyoto, Mexico City, Lima, and Colombia.

Visual AIDS is a New York-based nonprofit that utilizes art to fight AIDS by provoking dialogue, supporting HIV+ artists, and preserving a legacy, because AIDS is not over.