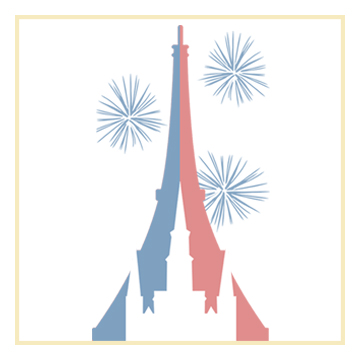 Named the third best Bastille Day celebration in the world by Reuters.com, Bastille Day Fête celebrates the connection between Louisiana and France at the New Orleans Museum of Art. Now in its sixth year, the celebration will be bring a Gallic joie de vivre to the people of New Orleans.

Bastille Day Fête is  presented by the Alliance Française of New Orleans, the Consulate General of France in Louisiana, the French-American Chamber of Commerce-Gulf Coast Chapter, and the New Orleans Tourism Marketing Corporation. The celebration provides an opportunity for French and American families to celebrate France’s national holiday and the strong French heritage of Louisiana.

Activities will take place indoors only and will include music and dancing with the local Bon Bon Vivant swing band, a cooking demonstration by Café NOMA, guided gallery visits of the French collections, numerous French-themed children’s activities and more. The event will also be an opportunity to say farewell to Consul General Grégor Trumel, who will leave his post in New Orleans this summer after three years of service. For a full list of Bastille Day celebrations in New Orleans, please visit bastilledaynola.com.