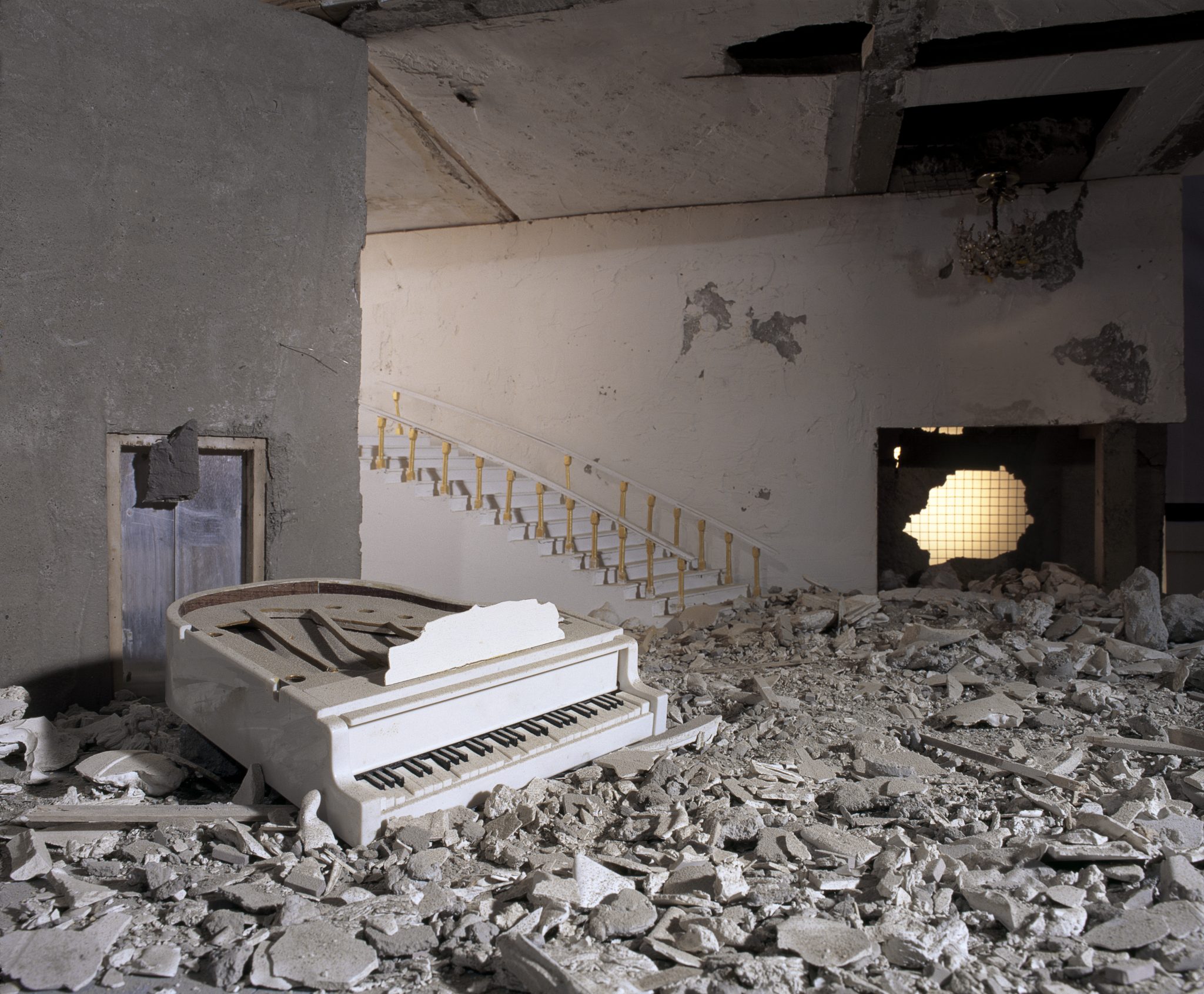 ABOUT KEIKO AND MATEO

The duo of Keiko and Mateo will present a musical journey through Japan, France, Jamaica and Cuba … with a hint of New Orleans’s spirit. Keiko is a pianist from Japan and has lived in New Orleans since 2006, performing with George Porter Jr., Johnny Vidacovich, Zigaboo Modeliste, Russell Batiste, and many other artists of the funk/blues/jazz fusion scene. Mateo is a tenor saxophonist and vocalist from France whorecently moved to New Orleans from Barcelona. He has performed Afro-Latin jazz, traditional Cuban and world music. Keiko and Mateo met as members of the international touring band Playing For Change and have been traveling around the world together since 2016.

During the invasion of Iraq in 2003, the College of Fine Arts at the University of Baghdad lost their entire library due to looters who set fire to the collection. More than 70,000 books were destroyed. Over thirteen years later, few books remain for the students to read and study. In 168:01, Iraqi-American artist Wafaa Bilal presents an austere white library that is both a monument to the staggering cultural losses endured throughout Iraq’s history, and a platform for its potential rebirth. Comprised of a series of white shelves filled with blank tomes, Bilal’s library doubles as a system of exchange that connects museum visitors directly to Iraq. Aimed at restoring the library’s lost archives, 168:01 positions viewers as potential donors whose contributions fund educational texts from a reading list compiled by faculty members at the University of Baghdad. As book donations accrue, the bookshelf becomes saturated with knowledge and filled with color as the white library is slowly replaced with books from this faculty wish list. In exchange for their contribution, donors receive the blank tomes. At the end of the exhibition, all donated books are to be shipped to the College of Fine Arts, to help begin the process of rebuilding.

Also on view are images from Bilal’s The Ashes Series, photographs of a set of miniature handmade replicas of environments destroyed during the Iraq War. Each of these three-dimensional models references a specific journalistic photograph of war-torn Iraq that was circulated in newspapers, magazines, and on the internet in the wake of conflict.

Café NOMA presents their eighth annual summertime Artful Palate series of cooking demonstrations at 6 pm withKnut Mjelde, Ralph’s on the Park sous chef. He will prepare Spanish-style octopus. Chefs from other restaurants in the Ralph Brennan Group will continue the cooking classes in weeks to come through August 23 with dishes inspired by their culinary mentors, in tribute to the exhibition Bodies of Knowledge.