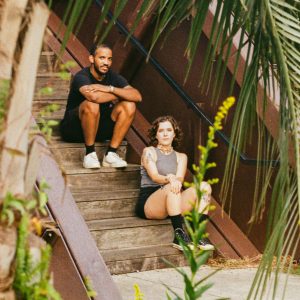 People Museum is a pop art, electronic band formed by Jeremy Phipps and Claire Givens in the Treme neighborhood of New Orleans, Louisiana, in 2016. Inspired by afro-beat, hip-hop, choral, and marching band music, People Museum has formed a sound that could only come from the eclectic corners of Louisiana. Created with the intention of bringing nature to the future, they combine the historic sounds of the city’s past with the synthesizer heavy, progressive underground of New Orleans —always mixing menacing textures with cathartic hopefulness. People Museum performs live as a four-piece with the addition of drummer, Aaron Boudreaux, as well as with bassist Charles Lumar ll.