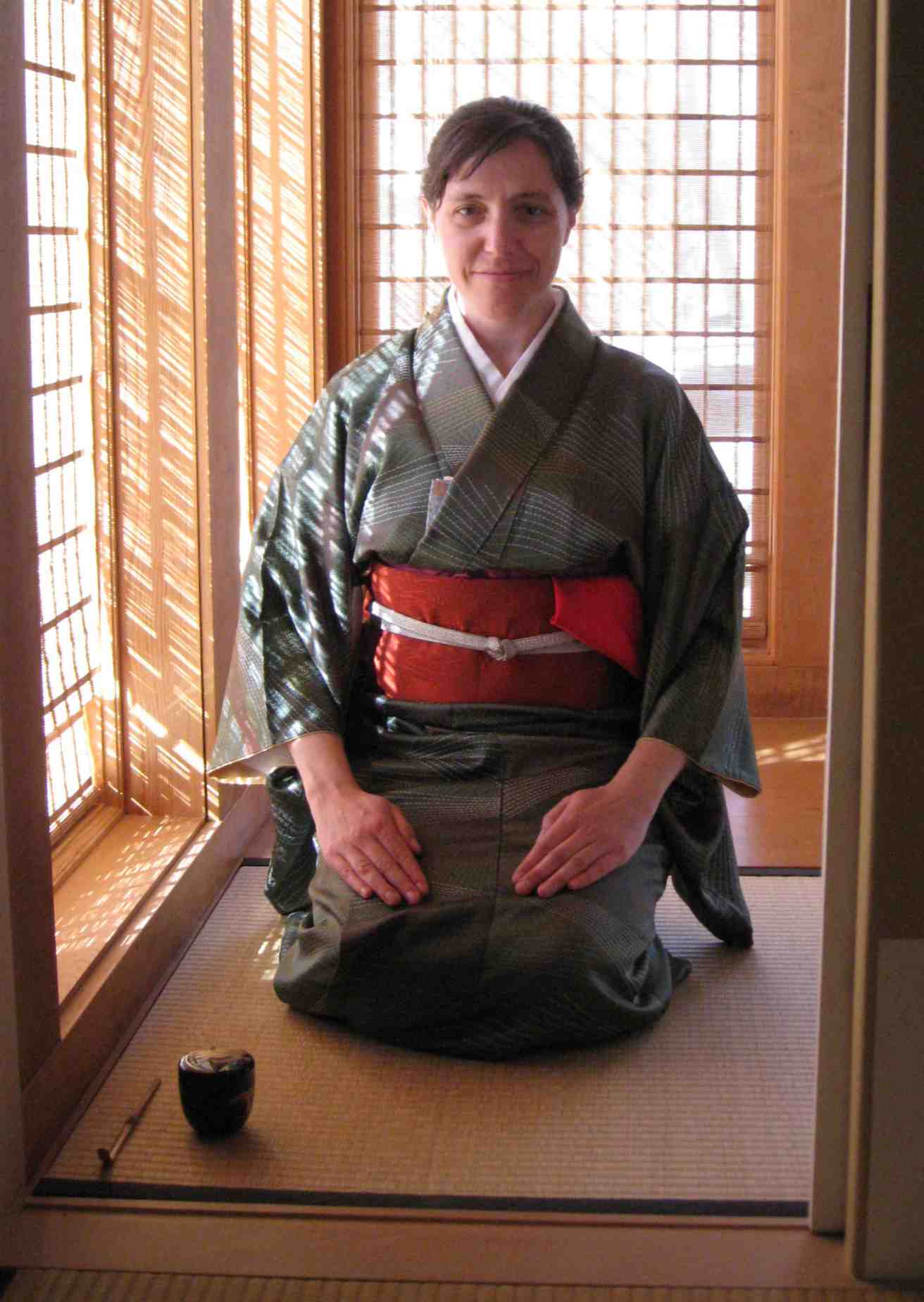 NOMA is excited to present a virtual Way of Tea demonstration led by Naomi Yoder (they/them), Japanese Way of Tea Practitioner, Urasenke Lineage. This program will occur on Friday, October 15, at 6:30 pm. Advance registration is required, and registration is free for all!

The demonstration will be filmed in NOMA’s Japanese art gallery, where visitors can currently see Rural Occupations: Images of Work in Edo-Period Art.

Videography and streaming services for this program are provided by MAPL.

Naomi has been a student of the Urasenke Way of Tea since 2009. After attending a demonstration at the Japanese teahouse in the Japanese Garden at the Seattle Arboretum, Naomi became drawn to the ritual and the incredible complexity of the “simple” act of making a delicious bowl of tea. Naomi studied with Bonnie Mitchell Sensei in Seattle, and then Meiya Wender Sensei in Marin County, California, before moving to the Gulf South. Now Naomi is a member of the Birmingham, Alabama, Tankokai (chapter of the Urasenke school), and studies with Ritsuko Asano Sensei. Naomi currently holds a Shikaden level license to study.

Naomi has given Way of Tea demonstrations at various events, including twice at Japan Fest in the New Orleans Museum of Art. They also serve on the Board of Directors of the Japan Society of New Orleans, and are active in Mid-City Zen, a Soto Buddhist practice center. Naomi has lived in the Gulf Coast and New Orleans region since 2013, and is employed as Staff Scientist at the regional non-profit Healthy Gulf.