Picturing Us Film Series: The Sons of Tennessee Williams 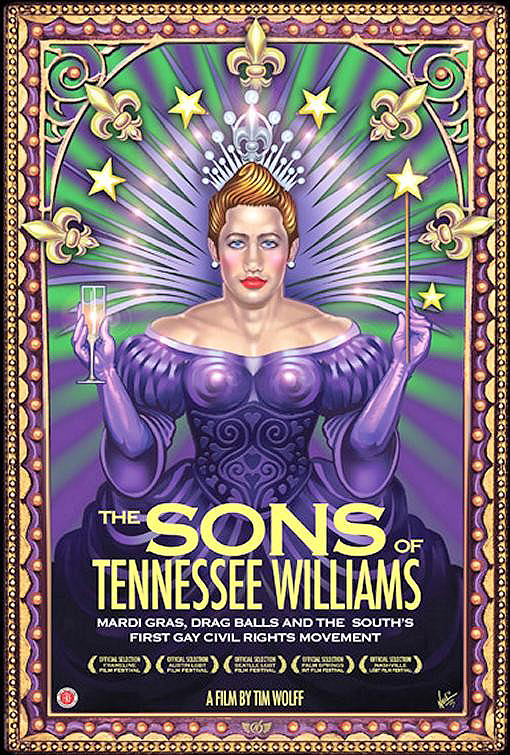 In conjunction with the exhibition Changing Course: Reflections on New Orleans Histories, NOMA presents six documentary films exploring the people and places that make New Orleans home. The films will be screened as part of Friday Nights at NOMA programming.

ABOUT THE SONS OF TENNESSEE WILLIAMS

The Sons of Tennessee Williams tells the story of New Orleans gay Mardi Gras across five decades and explores the intersection of Carnival and the gay rights movement. Starting in 1959, groups of gay men began discreetly to charter social clubs called krewes, transforming the momentary license and briefly relaxed laws during Mardi Gras into public explosions of an underground culture. Documentarian Tim Wolff parallels these elaborate tableaux balls with the emerging struggle for gay rights in New Orleans and the nation, chronicling an important social history that has gone largely untold. (2011 | Not rated | 1 hour, 20 minutes)