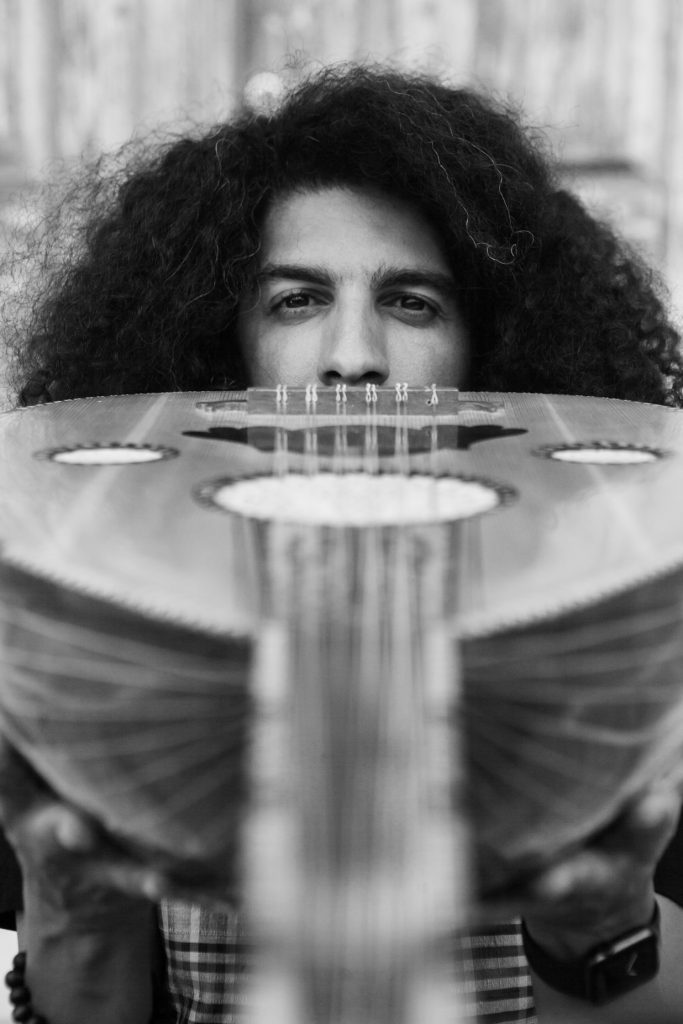 Doors open at 6 pm and the performance will start at 7 pm. 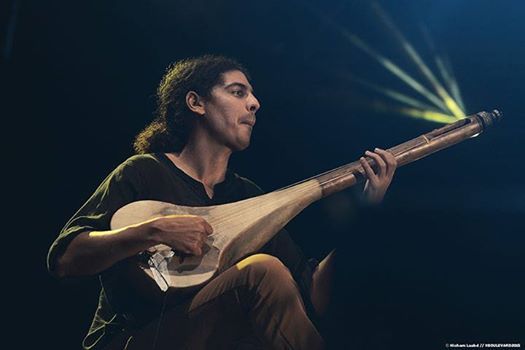 Mahmoud Chouki is a master guitarist, multi-instrumentalist, and composer living and working in New Orleans. His art draws together music from many different international contexts to consider how music can speak across cultural divides. His own compositions incorporate musical influences from across the globe, ranging from European classical, Andalusian from Southern Spain, Levantine music from the Middle East, Maghrebian music from North Africa, Latin American music, and jazz from the Southern United States. Integrating sounds and rhythms from many different cultures, Chouki combines classical guitar with instruments such as the loutar, a traditional instrument of the Middle Atlas region of Morocco; the sintir, a Sub-Saharan instrument from the Sahel region (Mali); the oud, an oriental lute; the Algerian mandole, a steel-string fretted instrument resembling an elongated mandolin; the Bağlama saz, a Turkish long necked bowl-lute; the banjo, and a variety of percussion instruments. As artistic director of Rencontre Orient-Occident at Chateau Mercier in Sierre, Switzerland, Chouki has brought together a wide range of international musicians to envision new forms of dialogue between East and West, with music often the only common language between performers. 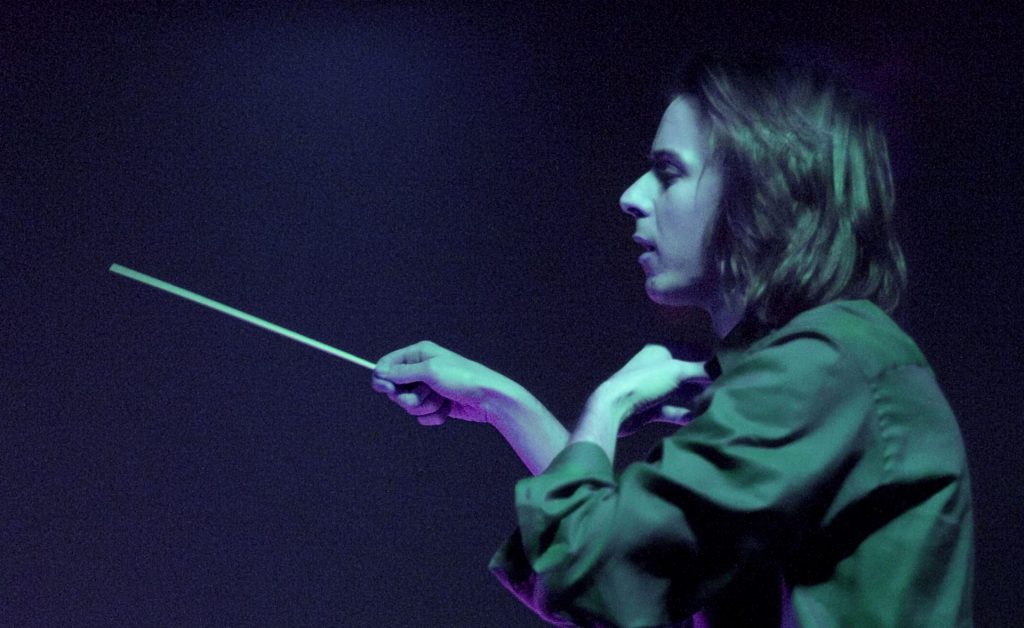 Francis Scully is the founder and music director of New Orleans-based chamber orchestra New Resonance Orchestra. The ensemble collaborates with theater, dance, literary, and visual artists to create interdisciplinary performances which relate the emotions of classical music directly to the lives of the audience. Praised by the Times-Picayune as a “forward-looking chamber orchestra,” this award-winning ensemble invigorates the classical music community in New Orleans and demonstrates the relevance of classical music in today’s world.

Scully also shares his passion for music in a variety of educational roles. He has conducted the Louisiana Philharmonic on numerous occasions, included their Band Together educational series. As Assistant Professor of Music at University of Holy Cross, Scully inspires new listeners in courses on music appreciation, twentieth-century music, and the history of Rock.

He holds an M.M. in Conducting from Peabody Conservatory where he studied with Gustav Meier and Markand Thakar. 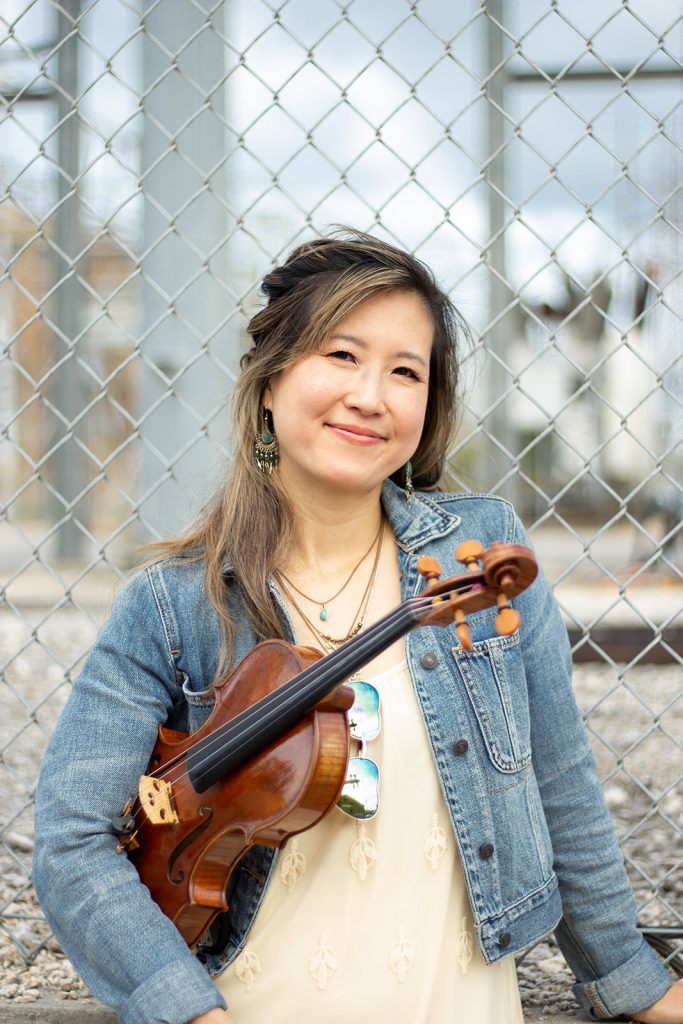 Hannah Yim is the Assistant Concertmaster of the Louisiana Philharmonic Orchestra, which she joined in 2007, Instructor of Violin at Tulane University, and founder/arranger/violinist with the Radio Bird Quartet and Harlequin Chamber Music.

She has over 250 original rock and pop quartet cover arrangements with the Radio Bird Quartet and Harlequin Chamber Music. She views this as her most enjoyable and important musical work to date. Her work with Radio Bird Quartet have led to collaborations and shows with Kristin Diable, Maggie Koerner, Michael Mantese, and Mahmoud Chouki, amongst others.

Hannah has been a featured soloist and chamber musician with the Louisiana Philharmonic, as well as a chamber musician in the Trinity Artist Series, Bach Around the Clock, and the Marigny Opera House. Past chamber collaborations have included Edgar Meyer, Bela Fleck, Pablo Ziegler, and Anat Cohen. She has performed at Jazz Fest, Voodoo Fest, and the French Quarter Festival. In 2010 and 2012, she shared the New Orleans Tribute to the Classical Arts Award for Best Chamber Music Performance.