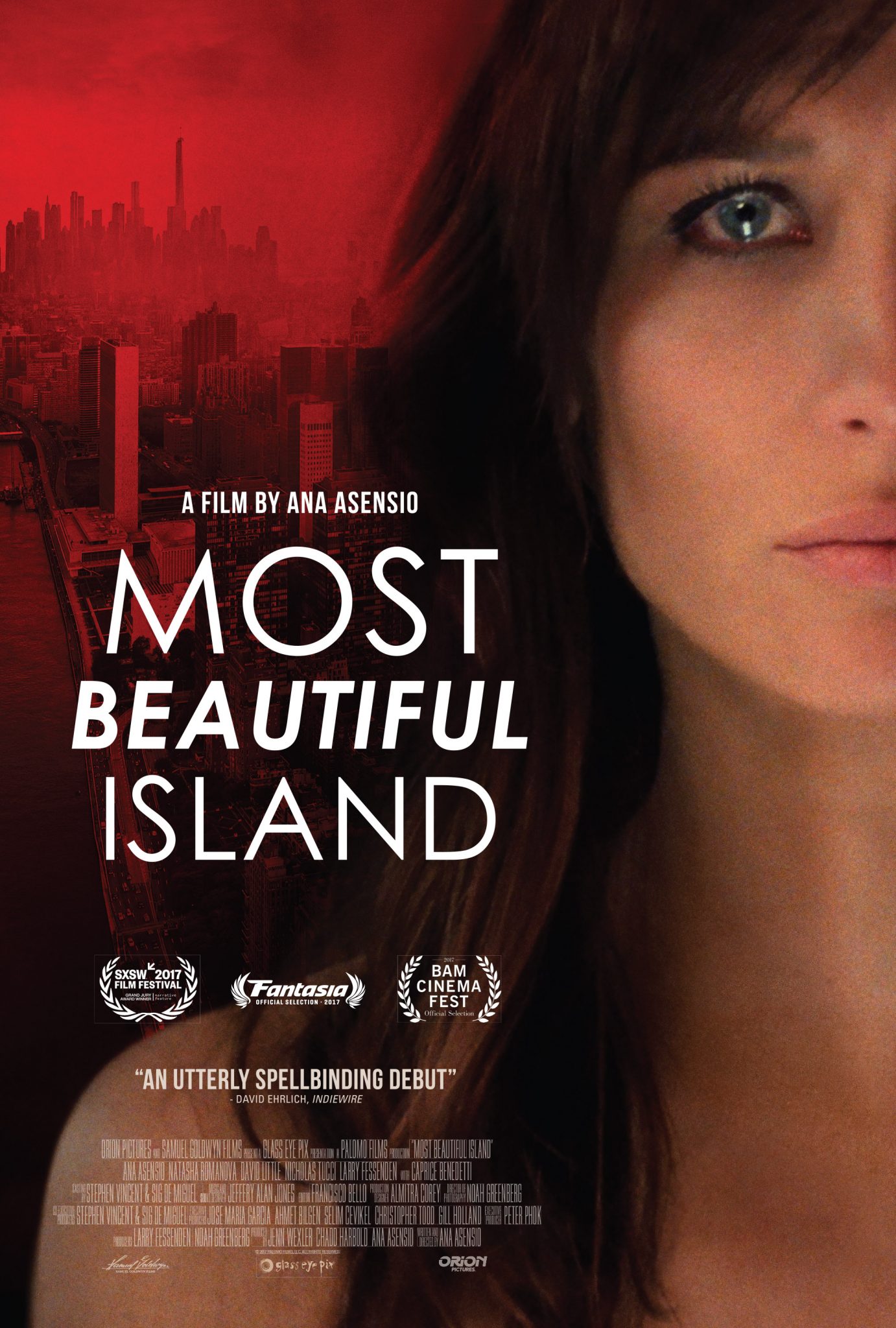 Created in 2010 with the purpose of boosting and spreading Spanish films and shorts made by women, Mujeres de Cine is made possible by SPAIN arts & culture. Four films will be screened as matinees at 2 pm on select Saturdays between July 14 and August 25.

ABOUT MOST BEAUTIFUL ISLAND

Most Beautiful Island is a psychological thriller set in the world of undocumented female immigrants hoping to make a life in New York City. Shot on Super 16mm with an intimate, voyeuristic sensibility, the film chronicles one harrowing day in the life of Luciana, a young immigrant woman struggling to make ends meet while striving to escape her past. As Luciana’s day unfolds, she is whisked, physically and emotionally, through a series of troublesome and unforeseeable extremes. Before her day is done, she inadvertently finds herself a central participant in a cruel game where lives are placed at risk, and psyches are twisted and broken for the perverse entertainment of a privileged few. (Not rated | 2017 | 1 hour, 20 minutes | Watch the trailer)