On October 21, 2016 at 7 pm, Diedrick Brackens will present a work-in-progress artist talk in advance of his Spring 2017 exhibition at NOMA, followed by a discussion moderated by Gia M. Hamilton, Director of the Joan Mitchell Center. Brackens’ contemporary textile works incorporate techniques drawn from European tapestries, West African weavings and Southern quilts. His lushly textured and vibrantly colored textile pieces seek to address issues of race and gender, and employ weaving as a potent metaphor for new ways of imagining individual and cultural identity.

In his exhibition at the New Orleans Museum of Art this spring, Brackens will create a new body of work that mines textile works in NOMA’s permanent collection to explore New Orleans’ rich weaving traditions. Brackens’ project at NOMA will be presented in collaboration with the Joan Mitchell Center, which is hosting the young Dallas native as a fall artist-in-residence in advance of his spring exhibition at NOMA.

Ian McFeron’s music and songwriting have drawn comparisons to John Lennon, Tom Petty, Bob Dylan, David Gray, and Ryan Adams among others. Weaving together a variety of popular styles, McFeron explores traditions ranging from electric-rock to gospel; from acoustic-pop to Americana, blues and swing.

McFeron established roots in his hometown after his debut was picked up by famed Seattle radio station KMTT 103.7 “The Mountain.” Listeners responded strongly, and subsequent releases garnered continued support from the station. McFeron went on to share the stage with international artists such as Patty Griffin, Sister Hazel, Shawn Mullins, Brandi Carlile, Mike Doughty, Amos Lee, and Hayes Carll.

Early success in Seattle drew McFeron into a full-time recording and touring career. He would spend the next decade performing throughout the United States, growing a national audience and attracting media attention stretching across the Atlantic. 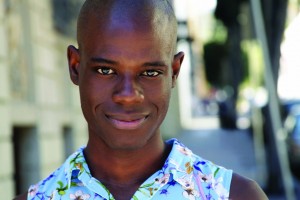 Diedrick Brackens is a Los Angeles-based artist working in the medium of textiles. Brackens creates weavings and sculptures that combine and remix histories of craft as well as meditating on the trauma of black and queer bodies. Brackens earned his Masters of Fine Arts from California College of the Arts and his BFA at the University of North Texas. His work has been featured at the Berkeley Art Museum, the 3rd Ghetto Biennale in Port-au-Prince, Haiti in 2013, and recently acquired by the Oakland Museum of California. He is currently an Assistant Professor of Fiber at California State University, Long Beach.

Gia M. Hamilton, cultural practitioner and entrepreneur, has worked at the heart of art, healing, food security and education to help build sustainable communities for the past 20 years. Hamilton, a native New Orleanian, received her Bachelor’s in cultural anthropology with a minor in visual art from New York University and her Master’s in applied anthropology from CUNY .

Hamilton joined the Joan Mitchell Center in 2011 as a consultant and was appointed Director in July 2013. She comes to the Joan Mitchell Center as the designer of the artist-in-residence program, community engagement strategies, public programs and operational systems. During the past two years, Hamilton acted as lead director on the ground to implement the multi-million dollar, two-acre capitol re-development at the Joan Mitchell Center that involved historic renovation of six buildings as well as the new construction of LEED Gold 8,000 square foot studio building. Hamilton sits on the board of Alliance for Artist Communities, Tulane University Newcomb Museum and New Orleans Video Access Center. In 2015, in addition to her work at the Joan Mitchell Center, concurrently founded Afrofuture Society, an online platform for the arts community of African descent which provides opportunities for visibility and communication across discipline throughout the arts ecosystem. Lastly, Hamilton co-curated the Atlanta Biennial in August of 2016 using an anthropological gaze of the southern region in the United States while referencing the global south. Hamilton works in New Orleans and continues to design programs and exhibitions through a number of multi media platforms and [un]conference style gatherings across the country.