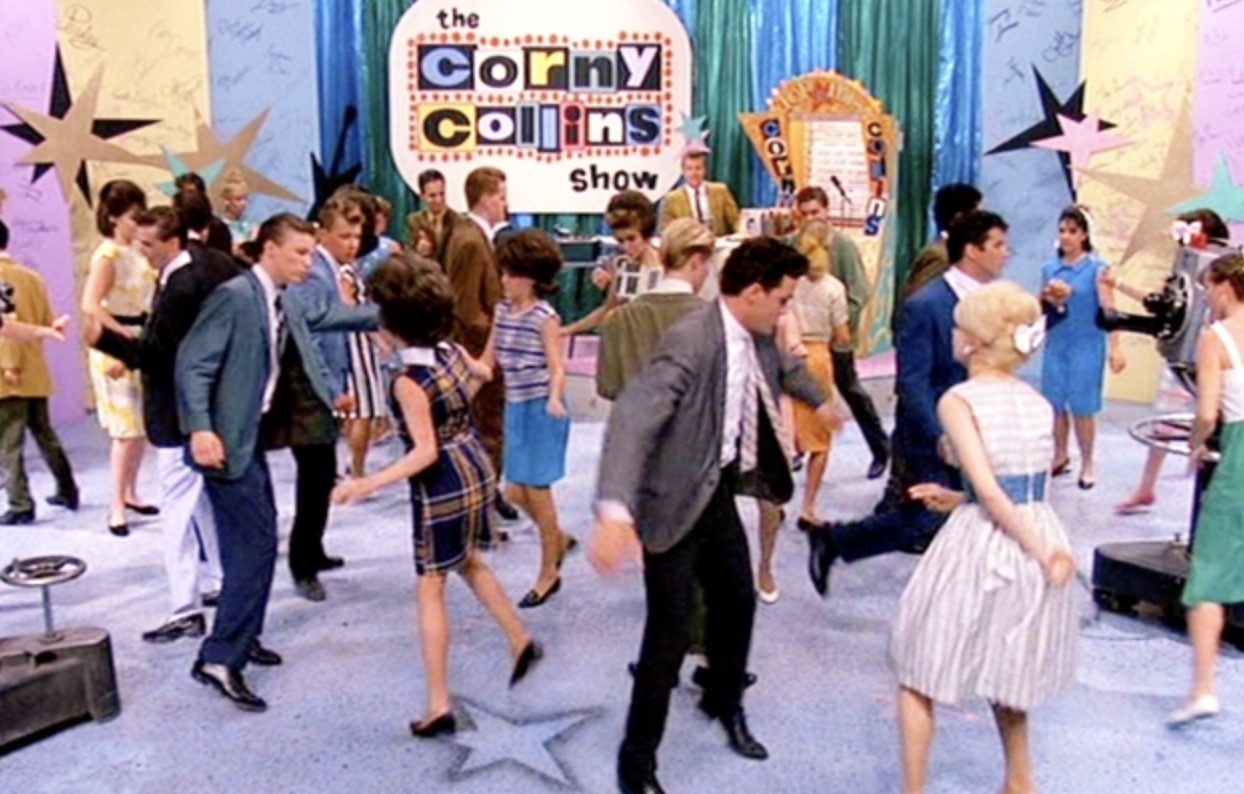 Neil Pellegrin regularly hosts the Tuesday night 1950s’ Rhythm and Blues Show on WWOZ 90.7 FM. He developed an affinity for vintage R&B and rock ‘n’ roll as a teen (roughly 20 years ago). From there, he began digging deep for obscure artists and tracks from the mid-20th century. He will spin tunes from the ’50s and ’60s in tribute to tonight’s screening of John Waters’ 1988 movie Hairspray. Come dance the Watusi, the Twist, the Frug, and the Mashed Potato as NOMA’s Great Hall is transformed into a veritable Corny Collins Dance Show. The Abita Queen Bees, a women’s marching club from Abita Springs, will make special appearances throughout the night in their trademark beehive hairdos, along with the Priscillas, an all-women’s auxiliary club of the Krewe of Rolling Elvi who costume in tribute to Priscilla Presley’s late 1960s’ hair and fashion. Cast members from Tulane Summer Lyric Theater’s cast of Hairspray: The Musical will also perform two song and dance numbers from the show.

In conjunction with the exhibition Pride of Place: The Making of Contemporary Art in New Orleans, artists represented in the collection of Arthur Roger will present Artist Perspective lectures.

Nicole Charbonnet appropriates Americana imagery, as well as compositions from noteworthy international artists, as a way of stimulating a sense of nostalgia, while also informing current social and political situations. For Charbonnet, painting serves as a metaphor for the phenomenon of recollection. Her process of painting mimics or simulates the process of memory with its numerous layers and textures, resulting in paintings that both illuminate the past and encourage interpretations that function as starting points in and of themselves. Charbonnet says of her process, “Whether painting images or abstract gestures, my paintings are textural and built up with layers over time. The superimposition of textures, images, collage, words and paint create surfaces that retain or reveal a memory of preexisting stages, resulting in a palimpsest in which some images, shapes or words are obfuscated, while others remain visible however shaped by previous or subsequent gestures and events.”

ABOUT CHEF RYAN HACKER AND THE “ARTFUL PALATE”

For eight Friday nights throughout the summer, chefs from the Ralph Brennan restaurant group will offer Artful Palate cooking demonstrations in Café NOMA. Meet Ryan Hacker, sous chef from Brennan’s, as he prepares a Latin-inspired dish and discusses “Latin American Influences and Their Role in the Rebuilding of New Orleans.”

Filmmaker John Waters is among the artists represented in Pride of Place: The Making of Contemporary Art in New Orleans. In a tribute film festival, NOMA will screen five of Waters’ outrageously obnoxious and funny movies.

Hairspray stars Ricki Lake as Tracy Turnblad, an overweight teen who auditions for a spot on a popular teen dance program, The Corny Collins Show. She beats out the spiteful Amber von Tussle (Colleen Fitzpatrick), winning over Amber’s boyfriend (Michael St. Gerard) in the process. After meeting some black students at her school, Tracy begins to push for more racial integration on the dance show. This gets her into trouble on many sides, especially with Amber’s pushy parents (Sonny Bono, Deborah Harry). The movie is a celebration of 1960s-era kitsch, especially bouffant and beehive hairdos. (1988 | Rated PG | 96 minutes)