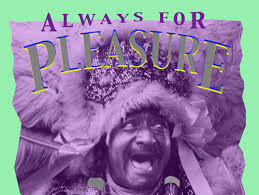 Carmela Rappazzo grew up in upstate New York with a love for the Great American Songbooks at an early age. In New York City she attended ‘Theatrium’ and became involved in off-off Broadway Theater and appeared in a few independent films, later training with Eric Morris. Rappazzo moved to Los Angeles in 1992, working with such notable film directors as Rob Reiner, Wolfgang Petersen, Jonathan Lynn and Ken Kwapis. She performed in the Los. Angeles jazz scene with the Jon Mayer trio and recorded “Black and White”, a straight ahead standards record with them. After appearing in many of the local clubs she recorded her second album with Paul Smith, Jim DeJulio and Joe LaBarbera. This project, “Regarding Frank,” was a tribute record to Sinatra and his Capitol years of the 1950s.

ABOUT DARRYL REEVES AND JONN HANKINS

Darryl Reeves is a third generation metalworker and owner of Andrew’s Welding and Blacksmith Shop in New Orleans’ Seventh Ward. He is a master trainer for the New Orleans Master Crafts Guild, training apprentices in advanced ironwork, including welding and blacksmithing. Reeves, who apprenticed under noted master blacksmith and furrier William “Buddy” Leonard, is well known for his creative contemporary steel and brass staircase railings and furniture, and is revered for his restorations of antique ironwork at historic sites. His public commissions include the restoration of the ornate fence at the Presbytère in Jackson Square, fabrication of a new identical fence for its sister building, the Cabildo, and the disassembly and reconstruction of the massive gate at the Chalmette National Cemetery, which dates to 1872.

ABOUT ALWAYS FOR PLEASURE